Emphasizing the interplay of the arts in Russia, this seminar began with traditional art forms that have evolved and survived to the present day. The class focused on three overlapping concepts: spiritual, spectacle, and social. The spiritual background of Russian Orthodoxy and the icon tradition find expression in the evocative power of landscape and abstraction in later periods. The sensory spectacle of the church and imperial court continues to define cultural authority throughout the Soviet era. The social contexts include folk arts, socially conscious realist painting of the nineteenth century, and the Soviet creation of mass culture. Throughout the course, the class considered the tensions between East and West, Asia and Europe, inherent in Russia’s cultural identity. It also examined the complex relationships between the dominant, Russian culture and those of specific minority groups within this vast territory. Students gained experience in using primary sources, evaluating materials, using the tools and methods of art history, and interpreting information and opinions critically through collaborative and individual research projects. This class (ARTH-455) was taught by Alison Hilton as a Doyle Seminar (small upper-level classes that foster deepened student learning about diversity and difference through research and dialogue). 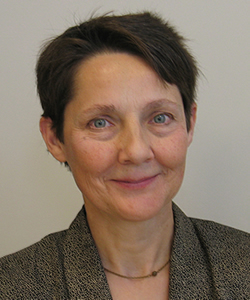