Consultation on Faith-Inspired Organizations and Development in Latin America

On January 30-31, 2009, Georgetown University's Berkley Center for Religion, Peace, and World Affairs, the United Nations Population Fund (UNFPA), and the World Faiths Development Dialogue (WFDD) hosted a consultation in Antigua, Guatemala on the role of faith-inspired organizations in responding to development challenges in Latin America. The meeting brought together practitioners, religious leaders from a range of faith traditions, and academics to review major issues facing the region.
The group explored issues including the role of fast-growing Protestant churches in service delivery, major challenges facing children and youth in the region, and the need for an ongoing forum for faith-inspired organizations working on development to collaborate and share ideas. The discussion about children's issues revealed a disturbing portrait in which the region's children face a range of problems from sexual abuse to gang violence. There was general agreement that issues of family instability were major causes of many of these problems.

The consultation was the fourth in a series of geographically-focused explorations undertaken by the Berkley Center, with support from the Henry R. Luce Foundation, whose objective is both to increase knowledge about institutions and their work and to identify and explore emerging policy issues. 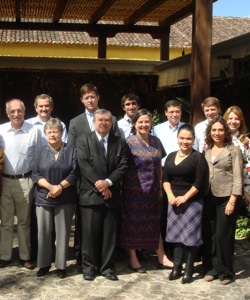 Consultation on Faith-Inspired Organizations and Development in Latin America

Brother Oscar Azmitia is a Guatemalan member of the Brothers of the Christian Schools (De La Salle Christian Brothers) and currently serves as the Rector of La Salle University in San José de Costa Rica, where he teaches philosophy, psychology, and pedagogy. He has worked as a teacher in educational centers at both middle and superior levels. From 1989-2004 he was the founding director of the School for Advanced Studies and Rural Development (Spanish acronym: ESEDIR), an institute that offers training to rural Mayan teachers, and of the Santiago Development Project, an organization supporting the development of Mayan culture. He is ALOP’s Regional Secretary for Central America, Mexico and the Caribbean. 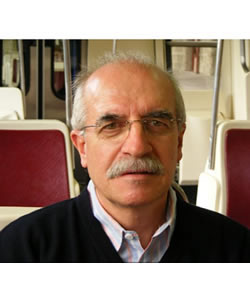 Alejandro Bilbao is a Jesuit and the founding director of Centro Magis, an independent nonprofit organization that works throughout Latin America to promote sustainable development by strengthening Jesuit-led universities, schools, and social service organizations. Bilbao has worked extensively in Latin America and Spain with Fe y Alegria, a massive Jesuit-run educational and social movement that includes 1,000 schools in 14 countries. His work has involved education projects, development projects of the ecclesial base communities, and collaboration with union organizations. 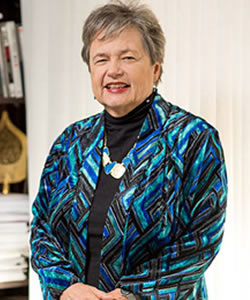 Carol Lancaster was the dean emerita of the Edmund A. Walsh School of Foreign Service at Georgetown University and a professor of politics at the time of her death in October 2014. She wrote on the politics of foreign aid, the politics of development, and development in Africa. 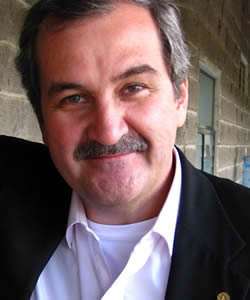 Alfredo Mora is the director of Colegio Monterrey, a non-profit Christian school in Costa Rica. He previously was regional director for Viva Latin America and a member of the National Council for Children and Adolescents in Costa Rica, which helped create the National Code for Children and Adolescents. He has also been the president of the National Organization of Private Institutions that take care of Children (UNIPRIN), a networking organization for Christian and secular organizations that focus on children, and served as a representative of the Technical Secretariat of the Latin American Evangelical Dialogue Forum (FIDE), which includes the presidents of the various national evangelical alliances of Latin America. As such, Mora is FIDE's representative before the World Leadership Committee of the World Evangelical Alliance and the World Christian Forum. He has an MBA and an M.Sc. in political science. 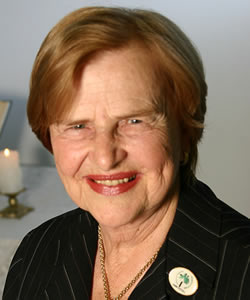 Dr. Zilda Arns Neumann was the founder and president of Pastoral da Criança, a Brazilian Catholic child development and family support organization. She was also the founder and national coordinator of the Senior Citizens’ Pastoral of the National Bishops’ Conference of Brazil and served as a member of the country's National Health Council and National Council for Social and Economic Development. For her work on social issues, Neumann received numerous awards, including the 2007 Woodrow Wilson Award, 2006 Opus Award, 2002 Public Health Heroine of the Americas Award, 1988 Brazilian Person of the Year on Work for Children’s Health, and the 1997 Lions Club International Humanitarian Prize. She died in the January 2010 Haiti earthquake. 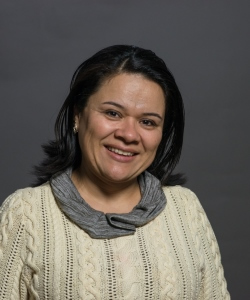 A professor and researcher at Rafael Landivar University of Guatemala, Ana Victoria Peláez Ponce has been coordinator of the Guatemalan Interreligious Dialogue for Development and moderator of the Women Mesoamerican Network of the World Conference of Religions for Peace. She also helped launch the Latin American Network of Women for Peace. Peláez has carried out social research mainly on themes related to gender, public policy, socioeconomic development, and migration, both institutionally and independently.

An ophthalmologist by training, Dr. Juan Carlos Silva has worked since 1991 as the visual health regional advisor for Latin America and the Caribbean at the Pan American Health Organization (PAHO), the regional office of the World Health Organization (WHO). Silva devotes most of his time to program analysis, and he works closely with country teams in planning and program development. In 2007, Silva was appointed as the WHO-PAHO liaison for work with the Roman Catholic Church in Colombia. In 2002 he received a graduate certificate in public health in the community health promotion and education track and a MPH at Johns Hopkins University in 2004.

This background report—prepared for a January 2009 consultation on the role of faith-inspired organizations responding to development challenges in Latin America—aims to chart the landscape and frame areas for potential collaboration and dialogue, as well as identify topics for further exploration.

This report provides highlights of a January 2009 meeting on the role of faith-inspired organizations in responding to development challenges in Latin America. The group explored issues including the role of Protestant churches in service delivery and challenges facing children and youth.
Opens in a new window