Making Pluralism Possible: The Promise and Challenge of Religious Peacebuilding in South Asia

Speakers’ Forum on Religion and Development in Bangladesh

Showing the Making Pluralism Possible: The Promise and Challenge of Religious Peacebuilding in South Asia Video

Since 2012, communal violence in Bangladesh has spiked to levels not seen in over 30 years. The unrest threatens to derail the nation’s hard-won economic and human development progress. Much of the recent violence has occurred around elections, casting a harsh light on the country’s substantial democratic challenges. Though political tensions have often provided triggers for violence, the roots of conflict in Bangladesh run much deeper and in large part center on the place of religion in society and its role in the construction of national identities. The third Speakers’ Forum on Religion and Development in Bangladesh focused on the religious dimensions of conflict and examined the work of religious peacebuilders, incorporating perspectives and experiences from countries in the region that have faced similar challenges related to communal violence and religious intolerance.

The forum, held at Dhaka University in Bangladesh, involves a series of daylong events organized around critical social issues and development challenges, coupled with continuing dialogue and policy research. Topics also highlight areas where religious leaders or institutions play significant roles or where a fuller understanding of religious dimensions can enrich development work and policy. The forums offer a non-politicized space for constructive dialogue on the real and potential contributions of faith-inspired actors to critical development topics, with a view towards deepening the national conversation on religion more broadly. They draw on experience and expertise of scholars and development practitioners from local, regional, and international contexts, thus providing points of comparison and opportunities for mutual learning. They aim to cultivate a global network of dialogue and collaboration on shared challenges. Easing tensions around religious roles in public affairs and exploring ways forward on divisive and deadlocked social issues are core objectives.

This event was cosponsored by the World Faiths Development Dialogue, Georgetown University’s Berkley Center for Religion, Peace and World Affairs, and BRAC University’s Department of Economics and Social Sciences. 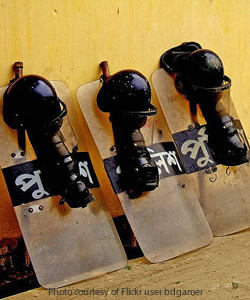 Making Pluralism Possible: The Promise and Challenge of Religious Peacebuilding in South Asia 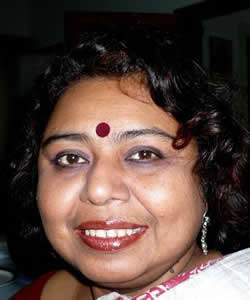 Meghna Guhathakurta is executive director of Research Initiatives Bangladesh (RIB), a research support organization based in Dhaka, which specializes in action research with marginalized communities. From 1984 to 2007, she taught International Relations at the University of Dhaka. Her field of specialization has broadly been international development, gender relations, and South Asian politics. She is widely published on these issues. She serves as associate editor of the Journal of Social Studies published from the Centre for Social Studies in Dhaka. She is advisor to the International Chittagong Hill Tracts Commission, an advocacy watchdog, and has been project coordinator of RIB’s project in the official Rohingya camps as implementing partner of UNHCR since 2011. Guhathakurta graduated from the University of Dhaka and received her Ph.D. in politics from the University of York, United Kingdom. 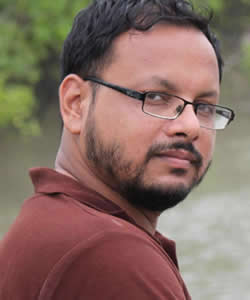 Syed Zain Al-Mahmood is a journalist who covers Bangladesh and other South Asian regional news for the Wall Street Journal. His interests range across the fields of political economy, gender norms, and globalization, with a focus on societies in transition and conflict. As an investigative journalist, he has written regularly for the Wall Street Journal and the Guardian, as well as regional newspapers, for more than a decade. He has won several international awards for his coverage of politics, human rights, and sustainable development in Bangladesh. Before joining the Journal, Mahmood worked at the Dhaka Tribune, United News of Bangladesh, and the Daily Star in Bangladesh. 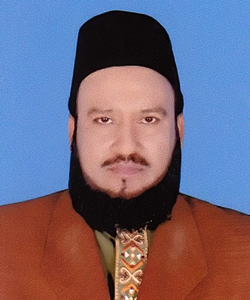 Dr. Sayed Abdullah Al-Maruf is a member of the Organization of Islamic Cooperation’s Fiqh Council in Jeddah and is currently associate professor in the Department of Arabic at the University of Dhaka. He was the editor of the Research Journal of the Islamic Foundation in Arabic and Bengali and is presently the associate editor of the Arabic Journal at the University of Dhaka. He has participated in many conferences, seminars, and colloquiums in Bangladesh and abroad. Al-Maruf is an expert regarding Islamic perspectives on family planning, interfaith dialogue, religious peace and harmony, and anti-terrorism. Maruf holds a Ph.D. in Arabic Literature from Dhaka University. After earning a Kamil degree in hadith and Islamic jurisprudence, he studied at the Islamic University of Medina and obtained a B.A. He has also studied in Al-Azhar University in Cairo, where he prepared his Ph.D. thesis. 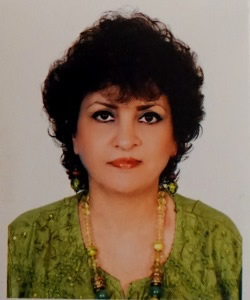 Mozhgan Bahar is the director of the Baha’i Office for the Advancement of Women in Bangladesh. She also serves as member of the National Governing Body of the Baha’is of Bangladesh, as well as a member of the Auxiliary Board of the Baha’i Continental Board of Counselors in Asia. She has worked as assistant professor of English and of business communication at American International University, Bangladesh. She has authored over fifteen books on subjects ranging from social unity and interreligious harmony to child rearing. 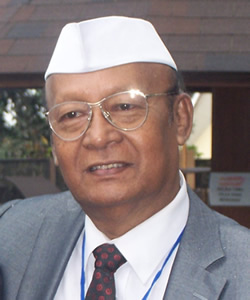 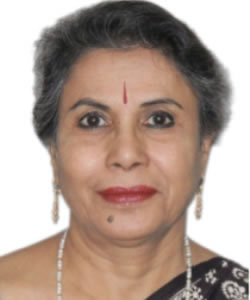 Dr. Deepali Bhanot is a former associate professor in the Department of Sanskrit at Janki Devi Memorial College, University of Delhi. She has been associated with various programs and projects of the Women’s Studies and Women’s Development Centre at the University of Delhi. She served as coordinator of the Women’s Development Centre and started the Certificate Course in Women’s Studies at Janki Devi Memorial College. Bhanot has been actively engaged in interfaith activities for more than three decades and currently serves as the associate secretary general and member of the executive committee of Religions for Peace, Asia. She has participated in a number of interfaith conferences and seminars at the national and international level and also conducted a number of interfaith women’s journeys to meet women in conflict-affected areas both in India and abroad with the Interfaith Coalition for Peace, India. 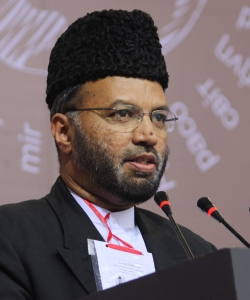 Abdul Awwal Khan Chowdhury is the missionary in charge for the Ahmadiyya Jama’at of Bangladesh, where he has worked since 1988. A well-known media personality, he participates in Shotter Shondhane, a bi-monthly live phone-in program on Muslim Television Ahmadiyya (MTA) International. A vocal activist against religious fanaticism, he has represented the Ahmadiyya community in numerous international conferences and has visited the United States under the International Visitors Leadership Program. During the anti-Ahmadiyya uprising in Bangladesh, he spoke out boldly and persuasively against radicalism using love, logic, and prayer. Choudhury received a Shahid degree in 1988 from Jamia Ahmadiyya International University of Theology and Modern Languages in Rabwah, Pakistan. He has also served as head of local missionary training courses and as the chief editor and producer of MTA. Along with numerous translations, he has authored two books aimed at countering radicalism in Bangladeshi society: Under the Garb of Religious Edicts and Challenging the Utter Lies of Mufti Noorani. 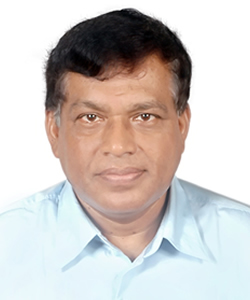 Dr. Benedict D’Rozario worked for Caritas Bangladesh from 1987 through 2016, serving as the executive director from 2005 until his retirement in June 2016. D'Rozario serves as the chair of Caritas Internationalis Committee for Institutional Development and Capacity Strengthening. He is also a member of the Vatican's Pontifical Academy for Life. D'Rozario serves on the government of Bangladesh's National Steering Committee for Rural Development Policy and is a member of the Humanitarian Advisory Council of Caritas Internationalis in Rome. D’Rozario obtained his second M.Sc. from the University of Portland and his Ph.D. from the University of Bath. The title of his Ph.D. thesis is Factors Influencing the Growth of Sustainable People’s Organization at the Grassroot Level: The Case of Caritas DEEDS and Sangathan in Bangladesh.

The third Speakers Forum on Religion and Development in Bangladesh focused on exploring and understanding communal violence in Bangladesh, the role of religion in social tensions and conflict, and how religious communities and leaders can be better engaged to counter intolerance and promote peace.
Opens in a new window