Pope Francis and the Struggle Over the Future of Catholicism

In the seven years since he was elected, Pope Francis’s exhortation that the Catholic Church should go to “the margins”—and his dramatic efforts to lead it there—have faced strong and sometimes venomous opposition from powerful figures in Rome and the Catholic world. Two expert observers give incisive attention to those conflicts in new books: the Tablet's Rome correspondent Christopher Lamb in The Outsider: Pope Francis and His Battle to Reform the Church (2020) and Villanova theologian and historian Massimo Faggioli in The Liminal Papacy of Pope Francis (2020).

Lamb and Faggioli were joined by Berkley Center Director Shaun Casey and Senior Research Fellow Amy Uelmen to discuss conflict within the Vatican and how to interpret the conflict from a cultural perspective, as well as its implications for the Church’s dealings in global affairs and the future of Catholicism. Berkley Center Senior Fellow Paul Elie, who writes regularly about the Vatican and Pope Francis, moderated the conversation. 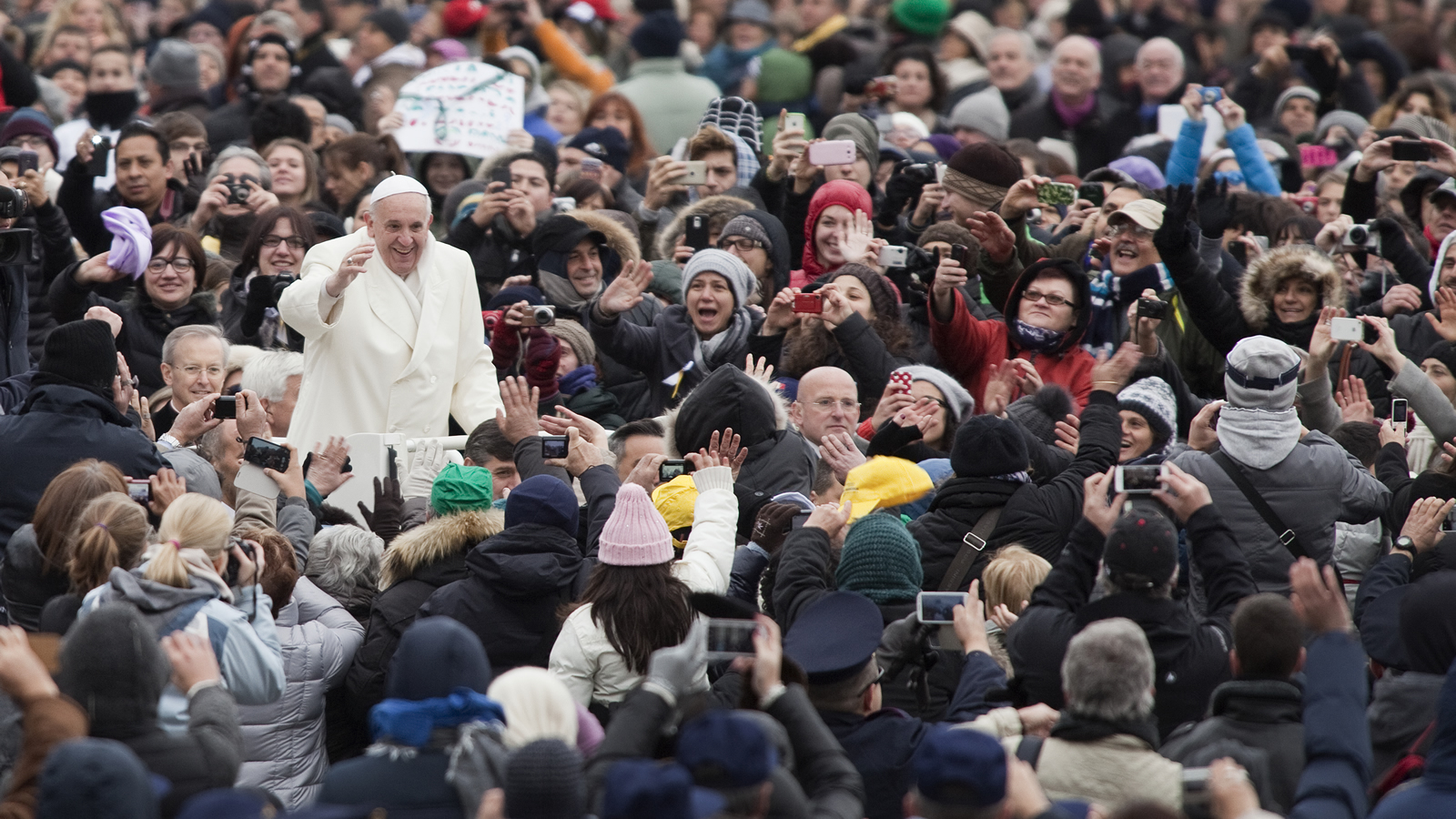 Pope Francis among a crowd of supporters in 2018.

Dr. Massimo Faggioli is full professor in the Department of Theology and Religious Studies at Villanova University in Philadelphia. He is also columnist for Commonweal and La Croix International. Faggioli is author of many books including The Liminal Papacy of Pope Francis: Moving Toward Global Catholicity (2020) and Joe Biden and Catholicism in the United States (2021). His books and articles have been published in more than ten languages. 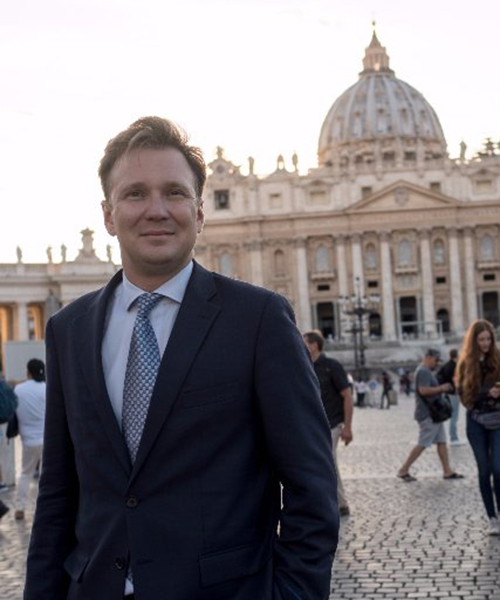 Christopher Lamb is a British journalist who is the Rome correspondent for the Tablet. He is a contributor to La Stampa, and a regular commentator for the BBC on Vatican and religious affairs. He is the author of The Outsider: Pope Francis and His Battle to Reform the Catholic Church (2020).

Amelia ("Amy") Uelmen is a lecturer at Georgetown Law and a senior research fellow at Georgetown's Berkley Center for Religion, Peace, and World Affairs. Her seminar courses help students develop the communication skills they need to foster understanding across deep differences. Her scholarship focuses on how religious values might shed light on tort law, legal ethics and legal education, and how principles of dialogue might inform debates about religion in the public square. Previously Uelmen was the founding director of Fordham University's Institute on Religion, Law & Lawyer's Work (2001-2011) and an associate with law firm Arnold & Porter (1996-2000).