The Globalization of the American Cultural Wars

The Globalization of the American Cultural Wars Video Player

Showing the The Globalization of the American Cultural Wars Video

For the last 30 years, the American Christian right has been exporting the model of the American culture wars to other parts of the world. Only fairly recently has it found a new powerful ally in this cause: Russia and the Russian Orthodox Church. The Russian Orthodox Church’s contacts with Christian right groups in Europe and in the United States have helped to strengthen ties between the Kremlin and European far right parties. This has allowed Russia to define its anti-liberal profile in a Christian conservative key that differs from the traditional Orthodox Christian anti-Westernism. For Russia, the globalized Christian right is a useful ally. It provides the language and themes for preferring closeness to Russia over an EU association in the countries of the former Soviet Union, or for attacking EU policies on migration and “traditional values” issues. In turn, this has antagonized liberal civil society and political opposition in new and old EU member states.

What do American Christian right actors stand to gain from exporting the culture wars? What is the political, historical, and sociological background to the new alliances between the American Christian right, in particular evangelical groups, and Russian actors? And what are the effects of their conservative norm mobilization in the United States, in Europe, and in Russia? Four renowned international experts discussed these questions on a panel moderated by Professor Kristina Stoeckl, within the context of a wider two-day workshop on "Russia in the Global Culture Wars."

This event was co-sponsored by Georgetown University's Berkley Center for Religion, Peace, and World Affairs and University of Innsbruck's Postsecular Conflicts project. 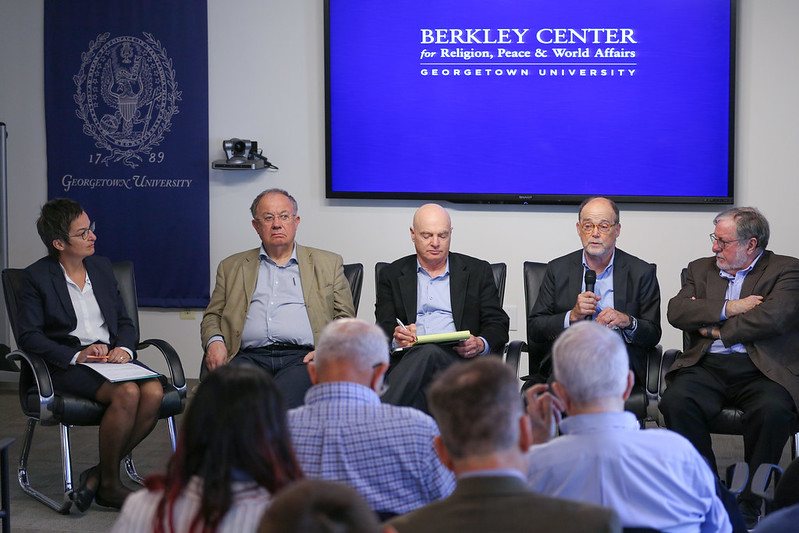 Panelists discuss the globalization of the American culture wars. 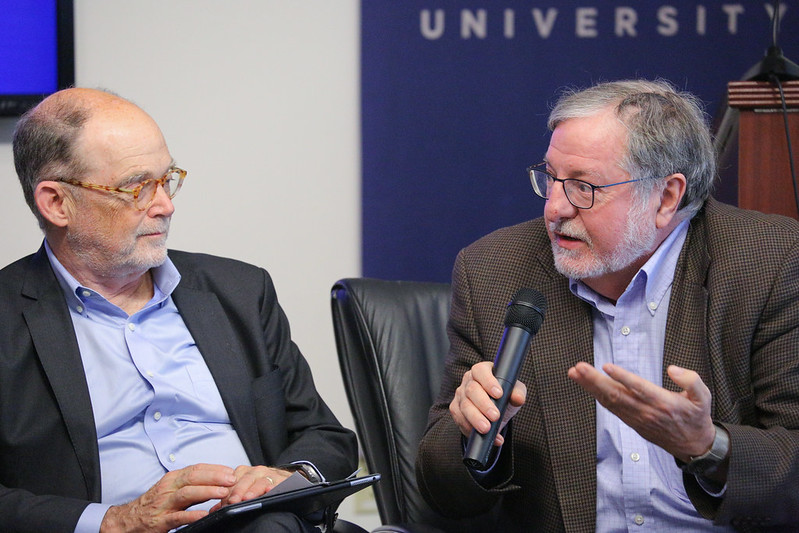 Jose Casanova and James D. Hunter debate the future of the culture wars in the U.S. and around the world. 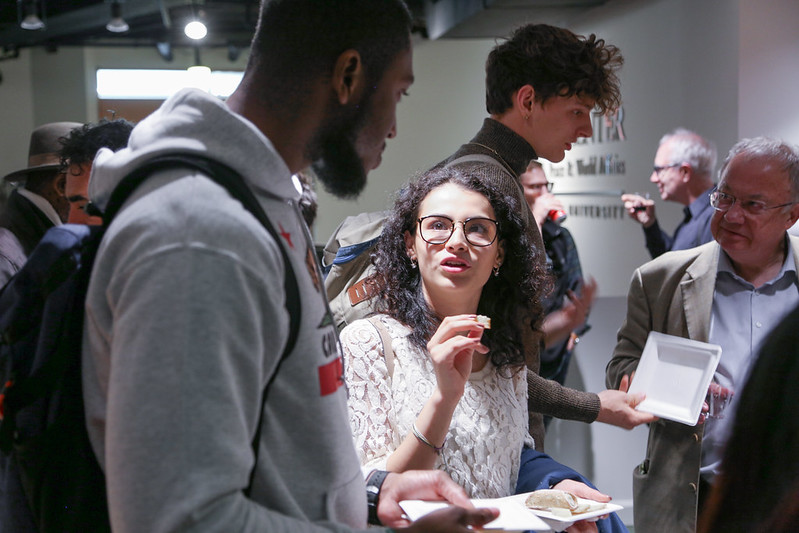 Discussion continues at the reception following the panel. 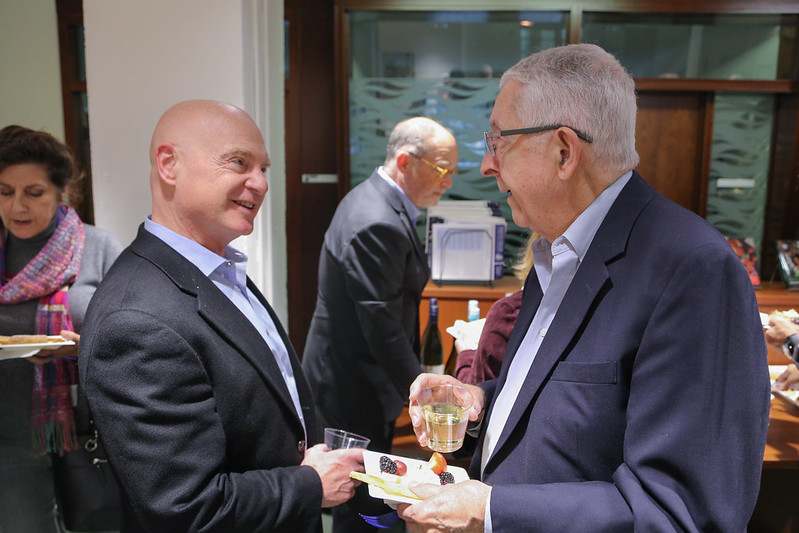 Clifford Bob, panelist, engaging with a participant at the reception.

Clifford Bob is professor and chair of the Department of Political Science at Duquesne University. He is the author of The Marketing of Rebellion: Insurgents, Media, and International Activism (2005), The Global Right Wing and the Clash of World Politics (2012), and Rights as Weapons: Instruments of Conflict, Tools of Power (2019). 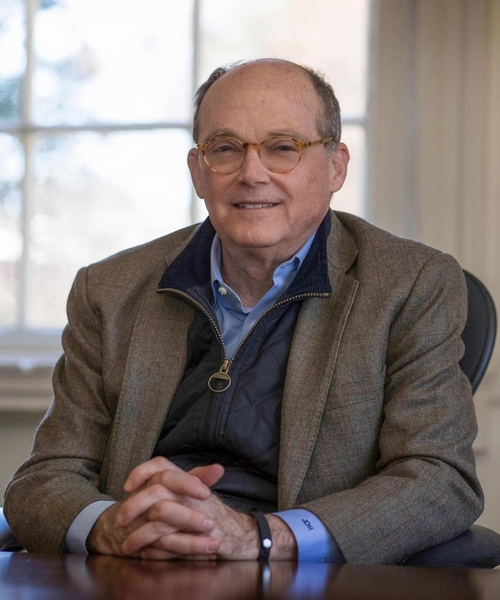 James D. Hunter is LaBrosse-Levinson Distinguished Professor of Religion, Culture, and Social Theory at the University of Virginia, as well as executive director of the university's Institute for Advanced Studies in Culture. He authored the seminal 1992 work Culture Wars: The Struggle to Define America, which re-introduced the term "culture war" into popular usage. He is the author of eight other books, edited four books, and published a wide range of essays, articles, and reviews—all variously concerned with the problem of meaning and moral order in a time of political and cultural change in American life. His newest book is Science and the Good: The Tragic Quest for the Foundations of Morality (2018).

Olivier Roy is joint-chair at the Robert Schuman Centre for Advanced Studies and Department of Political and Social Sciences at European University Institute, and heads the ReligioWest research project. He previously was head of the OSCE’s mission to Tajikistan and a consultant for the UN Office of the Coordinator for Afghanistan. He is the author, among other books, of Globalized Islam (2004), Holy Ignorance: When Religion and Culture Part Ways (2010), and Is Europe Christian? (2019).

RSVP to The Globalization of the American Cultural Wars