As part of its global mapping of faith-inspired organizations in development work sponsored by the Luce/SFS Program on Religion and International Affairs, this consultation focused on issues of faith and development in South and Central Asia. The consultation convened scholars and practitioners for a two-day long discussion on the role of faith-inspired practitioners and organizations on issues of global development and equity in South and Central Asia. The consultation outcomes led to the publication of reports outlining critical actors, best practices, and ways forward. The consultation was the sixth in a series of geographically-focused explorations undertaken by the Berkley Center, with support from the Henry R. Luce Foundation, whose objective is both to increase knowledge about institutions and their work and to identify and explore emerging policy issues.

Katherine Marshall, who hosted the consultation, wrote a piece on the Washington Post's OnFaith page about the Rohingya, a Muslim people living as refugees in Bangladesh. Melody Fox Ahmed and Michael Bodakowski also co-authored a piece on the Rohingya and Muslim Aid, a UK-based, Islamic-inspired group working with the Rohingya in Bangaldesh.

This event was sponsored by the Berkley Center and the World Faiths Development Dialogue with BRAC University's BRAC Development Institute. 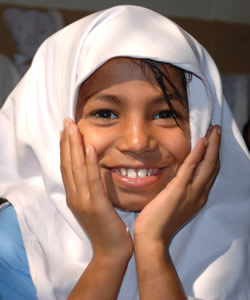 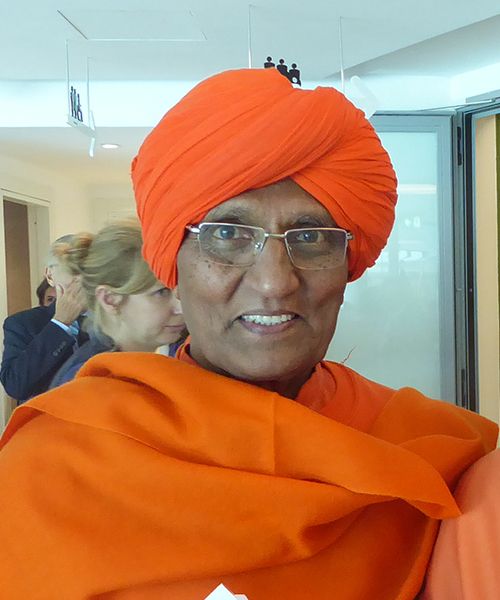 Swami Agnivesh was an Indian social activist, politician, and religious leader focused on bonded labor who passed away in September 2020. He was part of Arya Samaj, a Hindu reformist movement, and took sanyas vows in 1970. He founded the Bonded Labour Liberation Front in 1981 and was chairperson of the UN Trust Fund on Contemporary Forms of Slavery from 1994 to 2004. 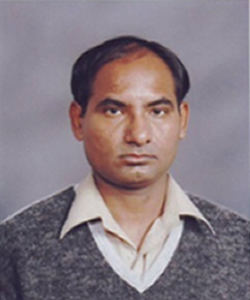 Younis Alam is an ordained Catholic priest and a humanitarian worker in Pakistan. He has previously volunteered with Idara Aman-o-Insaaf, a human rights group and has also served as a parish priest in rural Pakistan. In 2000, Younis founded Minority Rights Commission, an organization working for development and human rights of marginalized communities, religious minorities, ethnic groups, indigenous people of Pakistan. In 2007, he founded Minorities Movement for Democracy and in 2009, founded Saraiki Sufi Sangat and Social Movement Forum. 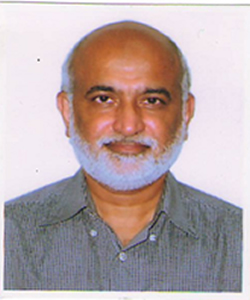 Amir Ali joined the Aga Khan Foundation (AKF) as Assistant CEO and was appointed CEO in 1990 has overseen major AKF funded programs in Bangladesh. Since 1981, AKF has provided financial and programmatic support for various social development activities in Bangladesh, including Primary Health Care, Rural Development, Formal and Non-Formal Primary Education, and Capacity Development, among others. Amir is also a volunteer in the Ismaili community’s network, in which he has held senior positions in the local community. He is also an ENT surgeon by training, having practiced in Karachi before returning to Dhaka. 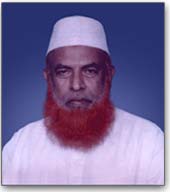 Moulana Abul Kalam Azad is an Islamic scholar and community development activist with over 20 years of experience in the Islamic interfaith community. He served as the founding chairman of the Masjid Council for Community Advancement and as the secretary general on the Council for Interfaith Harmony, Bangladesh. He was also a country representative for the Islamic Fiqh Academy, as well as a member of the National Shariah Council and the Bangladesh National Social Welfare Council. In March 2010, Azad represented the Muslim community at the Ecumenical Advocacy Alliance’s global summit on “High-level Religious Leaders in HIV Prevention.” As a scholar, Azad has spoken and written extensively on a range of issues related to interfaith dialogue. In 2007 he received the Gandhi Peace Award. Azad is a member of Jamaat-e-Islami and was sentenced to death in absentia in 2013 for crimes committed during the Bangladesh liberation war; since he remains at large the sentence has not been carried out. 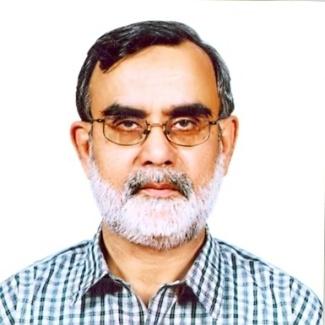 Fayyaz Baqir is the Director of the Akhter Hameed Khan Resource Centre (AHKRC) in Pakistan and has over twenty years of experience promoting sustainable development and good governance. Baqir has worked with UNICEF, UNDP, the Aga khan Rural Support Programme, the GEF Small Grants Programme, and is a member of the Pakistani Government’s Social Protection Policy Review Committee. As a scholar, he has taught at universities throughout Pakistan and the United States and has written extensively on social development and the fight against poverty. In 2007 and 2008, he received a Top Contributors award from UNDP’s Global Poverty Reduction Network. 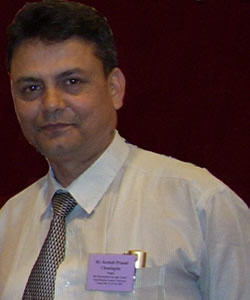 Keshab Chaulagain is the founding general secretary of the Interreligious Council of Nepal, created in 2004. In this role, he helped form an interfaith leaders network to address violence against women with the support of the United Nations Development Fund for Women. He has also published research on the role of religion and spirituality in the peacebuilding process and has worked for over two decades towards peace and reconciliation in south and central Asia. In 1990, 1991, and 1992, Chaulagain helped organize peace marches in Nepal and has worked with Maoist rebellion leaders to create peace and reconciliation in the region. 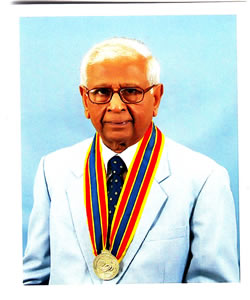 Olcott Gunasekera is the founder and President of the Dharmavijaya Foundation, founded in 1977 under the patronage of the late Most Venerable Madihe Pannasiha Mahanayaka Thera. The foundation was incorporated by an Act of Parliament in 1979 with the objective of total development of man, namely, moral, health, education and economic, in accordance with Buddhist principles. He has previously served as a member of the prestigious Ceylon Civil Service and a Consultant with the UN Food and Agriculture Organisation based in the Regional Office in Bangkok, Thailand. He has been appointed a member of the Presidential Steering Committee to commemorate the 2600th anniversary of the Enlightenment of the Buddha that falls on May 17, 2011 by His Excellency the President of Sri Lanka. Olcott has been conferred with the title Deshabandhu by the Government of Sri Lanka for his services to the nation. 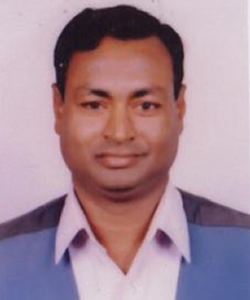 Francis Halder, a Catholic Christian, is an eco-practitioner and has been serving as the Project Coordinator of Anando, a community development NGO in Bangladesh, since 1997. Prior to working with Anando, he served for 11 years as Area Coordinator with Christian Commission for Development in Bangladesh (CCDB), another WCC-Geneva based national NGO in Bangladesh. As an interfaith development worker, he is the member of several organizations, including the World Fellowship of Interreligious organizations (WFIRC), United Religion Initiatives (URI), and the International Fellowship of Reconciliation (IFOR).

This report focuses on the diverse array of development activities involving faith-inspired organizations. Its primary focus is by country, for South and Central Asia respectively; the two regions are very distinct but interconnected in significant…
Opens in a new window