Background: As part of the International Higher Education Interfaith Leadership Forum, in September 2016 Melody Fox Ahmed conducted an interview with Manuela Kalsky, who is a professor at Vrije Universiteit Amsterdam. Kalsky, whose current research focuses on multiple religious belonging, discusses her experiences with interfaith work in the Netherlands.
Please tell us about your current work/role, and in what capacity it influences/incorporates interfaith efforts?

I am the director of the Theological Research Centre of the Dutch Dominicans (DSTS) and the Edward Schillebeeckx Chair for Theology and Society at Vrije Universiteit (VU) in Amsterdam. Dutch society has become very secularized, and Christians are a minority. Fifty-seven percent of the Dutch call themselves agnostics or atheists. There are prejudices towards Islam and also towards religious people in general. My aim is to make connections between believers of different religions, and also among believers and secularized people. My current research project at DSTS and VU is on multiple religious belonging, about people who embrace more than one religious tradition, and people who mix elements of different worldviews and religious traditions.

I am also the co-founder and director of the multimedia project New We (Nieuwwij), which started in 2008. This project initiates interreligious and intercultural communication between people from different backgrounds on current events in Dutch society. We want to strengthen the innate capacity of people in society to live together peacefully and joyfully, by providing trustworthy information about religious matters. We also want to show how people want to live their daily life in search of a good life for themselves, their children, and others.

I think it’s important to create a space—both virtually and physically—where people can meet and learn more about the other and also about themselves. Our New We project creates this space. We want to show that diversity is not a threat, but rather a part of a democratic process of dealing with each other—making our differences fruitful by using the variety of talents people have. You can find blogs, interviews, video reports, columns, and scholarly articles on this site. The aim is to deal with religious and cultural differences in a constructive way and becoming New We leaders in one’s own sphere of influence. Therefore, this year, we started a program for New We trainers in schools, neighborhoods, companies, etc. Finding possibilities for cooperation in everyday life and working together for "the good life for all"—that’s the aim.

Every month we have an average of 80,000 visitors to our website. That’s pretty impressive for a small country like the Netherlands that has only 17 million inhabitants.

Encounters are very important. Today, you meet people in real life and in the virtual world. In both, you can find how people experience their different faiths, and it is very important to create mutual understanding there and have a well-functioning social cohesion. Our motto is to “connect the differences.” Everyone can only live together in a friendly manner if people have the strength and empathy to respect the differences between themselves and others. In a globalized world, we must practice building mutual trust, crossing borders, and becoming good neighbors and friends to one another.

At the age of 22, I decided to move to Amsterdam. I wanted to study there for one year and then go back to Germany, where I was born and raised. I learned the Dutch language quickly and felt at home in this vibrant city. There was only one problem: my ethnicity. I was a mof, or a kraut—a German. I hadn’t realized that World War II still had such an impact on the generation born after the war. The dents in my car were silent witnesses of anti-German feelings of Dutch people at that time. So I personally experienced what it means to be the 'other.' In the beginning, I tried to hide my roots, and if I spoke German in public at all, I did it very quietly.

I remember a moment during a party when people were talking about the krauts, and I raised my hand, saying, “By the way, there is also a kraut among you!” They were honestly shocked. “We do not mean you are a kraut!” I was their exception to the rule. Sometimes it was hard, but in the end it was a good experience because it made me sensitive to the mechanisms of exclusion. In these years I've learned how it feels when you are not part of 'us' but of 'them'—because of a different name, a different accent, different habits, or a different color.

My first years at New We, when I was the editor-in-chief, were very important to me. I interviewed very different people in the Netherlands about their daily lives, their religious backgrounds, and their hopes for the future. We talked about issues in society related to tensions and discussions about integration and assimilation. I learned a lot and used this knowledge for my academic work. I am very thankful for these experiences and for working with the young people who are engaged in New We.

I gave many lectures in Europe about the search for a New We project, and I found that people are really interested in dealing with diversity in a constructive way. They just often don’t know how to do that. Secular people are much more individualized in the Netherlands; they are allergic to religious language. It’s a challenge to find common ground in academic work, as it is in daily life.

Considering the importance of interfaith service in our diverse societies, higher education institutions can play a vital role. It is important to work together with societal partners and do interdisciplinary research on new developments in the field of religion and society. One example is our project on multi-religious belonging in the Netherlands. Another is the research at VU on inter-spiritual care. The scientific world has to face that in a global world, religion is a powerful force, even in secularized countries. It is not just a private thing, as a lot of people in Europe think. We need to learn more about how religion and faith communities can make a contribution to a peaceful world. Therefore we need well-trained young leaders of different backgrounds who are able to connect and make differences fruitful. Good teamwork between academic and societal organizations is essential to making this happen.

What kind of support have you received—from your government, friends and family, institutions, organizations—in pursuing interfaith service related work?

When we started New We, the Dutch Ministry of Housing, Urban Development, and Integration funded it. However, when the political climate changed, this funding was withdrawn.

Over the years, my work for New We has been supported by many organizations and individuals who are committed to fostering good relations in society between people and groups with different religious backgrounds. This applies in particular to religious congregations and related organizations. On top of that, there are many people who spread the content of our website through both traditional and social media. There is a workforce of 60 new trainers who want to be part of the New We network throughout the country. I hope our new trainer program will become a success, and if it works well, my goal is to implement this idea in our faculty of theology as a new master’s degree program. Building local chapters of New We where people are using their different talents to find the good life for all is one of my very concrete ideals.

Real interfaith cooperation is still largely terra incognita in my academic field, which is theology. Many theologians tend to be inward-oriented. As a result of this orientation, I still have to overcome misunderstandings and misrepresentations of the work we are doing with New We. Fortunately, there are on- and off-campus initiatives that foster interfaith cooperation, and New We gives them a podium.

Another challenge is the political climate in the Netherlands, which is currently highly polarized. There is little room for nuance in the public space. I am really concerned about the rise of populist voices in politics and society.

An initiative that I consider very important in this field is the Charter for Compassion, initiated in November 2009 by Karen Armstrong. This aims to bring people of different faiths together from the angle of ethics. Its starting point is the golden rule found in many different faiths, which encourages people to treat others—any other—as they themselves would wish to be treated. 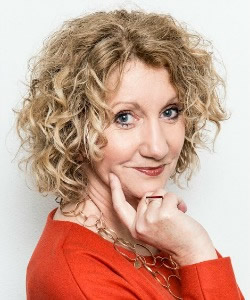