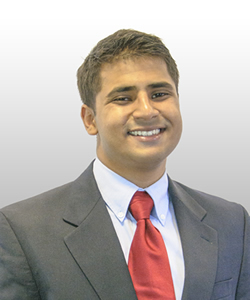 Mohammad Usman is a senior at DePauw University majoring in Urban Policy and Conflict Studies, with a minor in Religious Studies. During summer 2012 he studied bioethics and completed a medical research project at Yale University; he has been awarded funding in fall 2012 to pursue an independent research project studying epidemiological patterns among lower-income women in urban communities. Mohammad and the Bioethics debate team won the National Bioethics Bowl competition in April 2012; he is also a member of the Intercollegiate Ethics Bowl debate team. Mohammad has studied multiculturalism and globalization in the United Arab Emirates (UAE) for Winter Term 2011. Prior to attending DePauw, in 2009 Mohammad served as a special assistant and advocate for access to civil legal justice at the City University of New York School of Law. In 2010, he founded The Sycamore, a student newspaper at Naropa University. Mohammad is also a trained Emergency Medical Technician (EMT-B).