A Lancet Breakthrough: Publishing About Faith and Health 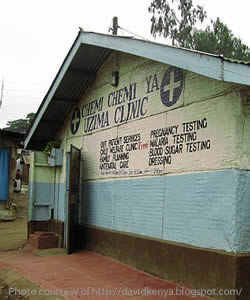 On July 7, the renowned medical publication the Lancet launched a series of articles on faith and health, led by Ed Mills. Lancet Senior Executive Editor Bill Summerskill, made clear that this was a significant departure, a first. Speaking at the World Bank in Washington D.C., he and his colleagues did not shy away from the fact that the path to publication had not been easy. But they saw the opportunities and issues raised as vital to achieving universal health care, which in turn is at the core of the sustainable development goals (SDGs) that are close to being finalized at the United Nations. [Disclosure: I was a member of the author team and contributed to two comments that are part of the series].


The central, positive message of the series is that, contrary to tacit assumptions of many non-religious health experts and providers, religion and health are closely interlinked. Religious institutions run hospitals and clinics, train doctors and nurses, and encourage health-enhancing behaviors like hand-washing and moderation. Religious beliefs and practices, such as caring for and comforting the sick, are fundamental to community involvement in public health. This is true everywhere but especially in places where religious beliefs, institutions, and practices dominate daily life.

The puzzle is why this rich array of what some term religious health assets is not better researched and recognized in global public health circles. The article series addresses three pieces of that puzzle. It works to debunk a common set of assumptions that modern medicine is incompatible with religion, making a case for better understanding and for more thoughtful engagement on some tough issues.

The first challenge is around knowledge or, in a research framing, evidence. Underlying questions are whether there is sufficient evidence to justify more attention to the topic and on which to base policy decisions about public health. A first article (Jill Olivier led a large team of authors) grappled with the complex issues of data about faith roles, concentrating on Africa. It highlighted wide-ranging estimates of the share of health services that religious providers manage and pulled together some of what is known about quality and service to the poor and marginalized. The bottom line of the article stresses (as did a World Faiths Development Dialogue report that explored much the same topic) that there is actually considerable evidence but it is often in silos and much is "grey" literature that is not easy to find or assess. The panorama varies widely by country. Generalize at your peril.

The second article addresses controversial issues, where religious teachings and beliefs and modern health practices may clash or where there are live tensions within religious circles and with health experts. Two much discussed areas are especially fraught: reproductive health and immunization. But there are other areas, including end of life care. Women's bodies seem to generate especially fierce controversies. The article (team led by Andrew Tomkins) highlights both areas of genuine debate and misunderstandings and distorted views, with a strong appeal for respect and listening. More recognition of the complex environment in which controversies can take place is needed. Anti-vaccination reactions in politically volatile places like Pakistan and Nigeria are good examples and thoughtful engagement with religious leaders there has helped to diffuse tensions. The HIV and AIDS pandemic points to three insights. Religious roles exemplify what is finest about religious compassion and care as in many situations it was often religious communities that cared first and most directly for those who suffered. However, religious beliefs and individual leaders have also contributed to horrific stigma and denial that fuel the pandemic. And religious leaders and communities have, like others affected, learned and changed over time, though past images can linger on.

The third piece of the puzzle is what it all implies for action, and thus what knowledge about religious roles in health care suggests for policy action. Jean Duff and Warren Buckingham's article framed a series of recommendations that add up to a plea for attention and action.

The series also includes an introductory editorial, a framing article that tackles inter alia questions about definitions, and a reflection on lessons from the Ebola crisis, which I led. The team sees it as an "end of the beginning". The series points to some obvious lessons: faith leaders need to become more health aware as there is much more they can do to serve their communities by, for example, encouraging beneficial health practices like breast feeding and discouraging health damaging practices like marriage of children. Health leaders, when they pursue the most technically sound approaches, could benefit from being more faith aware. All in all, a promising step forward.
comments powered by Disqus