In recent weeks the government of Ukraine has taken important steps to sanction various Ukrainian entities that have been working to advance Russia’s war agenda, including a number of religious leaders connected to the Ukrainian Orthodox Church-Moscow Patriarchate (UOC-MP), the branch of Orthodox Christianity in Ukraine historically subordinate to the Russian Orthodox Church (ROC). This followed several weeks of investigations by the Security Service of Ukraine (SBU) focused on individuals and sites associated with the UOC-MP. The authorities discovered pro-Russian propaganda in several churches, as well as additional evidence indicating that a number of UOC entities had been acting in concert with Moscow.

In his nightly address on December 1, 2022, President Zelensky announced new legal measures to ensure the “spiritual independence” of Ukraine by limiting the ability of religious organizations tied to centers of influence in Russia from operating in Ukraine. “We will never allow anyone,” Zelensky said, “to build an empire inside the Ukrainian soul.” While Kyiv has been admirably careful to specify that any new legislation needs to be consistent with international law and standards on religious freedom, moving forward it will be important from a peacebuilding perspective to exercise caution in order to limit the possibility that Ukrainians perceive these actions as tantamount to banning the UOC. Such a narrative could generate sharp polarization in Ukraine—which Moscow would then exploit—and lead to other repercussions which jeopardize the Ukrainian cause.

First, a brief reminder of the current state of play regarding the politics of religion in wartime Ukraine. In recent years the Orthodox landscape of Ukraine has been dominated by a rivalry between the Ukrainian Orthodox Church (historically under the jurisdiction of the Moscow Patriarchate) and the Orthodox Church of Ukraine (OCU), a new, independent national church created in 2019 following a tomos (decree) of autocephaly granted by the Ecumenical Patriarchate in Istanbul. Accordingly, it is quite commonplace for casual observers to view the UOC as pro-Russian and the OCU as pro-Ukraine churches, respectively. In reality, however, things are far more complex. While some UOC clergy do openly endorse Russia’s current invasion (just as they previously supported Moscow’s 2014 illegal annexation of the Crimea), they represent a distinct minority within the church. While most UOC bishops and priests are not politically outspoken, the UOC’s leadership—including its head, Metropolitan Onufriy—has condemned Russia’s invasion of Ukraine, and initial post-invasion observations seem to suggest that many local priests and lay members of UOC parishes feel the same way. On May 27, 2022, the Synod of the UOC even went so far as to issue a decree announcing a break in its historical ties with Moscow (even if the practical implications of this action are not yet fully clear, with some UOC priests no doubt continuing to view their churches as closely tied to the ROC).

What then are some of the risks associated with new Ukrainian government actions targeting the UOC? Above all, there is a concern that even if sanctions focus only on very specific church entities (personalities or physical facilities), this could easily give rise to a perception in Ukrainian society that the entire (and vast) UOC ecosystem is to be regarded with suspicion. The potential consequences following from this are numerous and varied. It may have a chilling effect on the day-to-day activities of the UOC, which could affect everything from access to worship and pastoral services—basic religious freedoms for UOC members—to the UOC’s ability to provide humanitarian relief through its charity organizations. Any perception of a wider proscription of the UOC would also likely intensify existing religious tensions in Ukraine, polarizing society and threatening national unity in the midst of a war. By the same token, the Kremlin would leverage anti-UOC actions to rally and justify (both to its morale-starved troops occupying Ukraine as well as its domestic audiences) the need to press the invasion in the name of protecting what it views as a direct extension of the Russian Orthodox Church. Finally, such actions could even harm unit cohesion in the Ukrainian armed forces if UOC members serving on the frontlines get caught up in polarizing friend vs. foe dynamics.

While most actions taken by the Ukrainian government to date—such as suspending the citizenship of 13 UOC-affiliated clergy members accused of pro-Russian activities—have been narrowly targeted, there have also been recent signs of a broader shift in orientation towards the church. For example, in the final days of 2022 Ukraine’s Ministry of Culture announced that the government would not be renewing a lease held by the UOC since shortly after the end of the Cold War allowing it to convene religious services in the Kyiv Pechersk Lavra complex—one of the most important historical sites in Eastern Orthodoxy. Tying its actions to an ongoing investigation to ensure proper use of the facility, the ministry announced around the same time that for the first time ever Metropolitan Epifaniy, who heads the OCU, had been granted exceptional permission to celebrate Christmas services in the Lavra—a move perceived by many as an endorsement of the OCU as the government’s “preferred” church. During his Christmas speech, Epifaniy appealed directly to UOC monks in the Lavra, inviting them to “finally free yourself from the non-canonical rule over you by Moscow and its servants.”

It is appropriate and necessary for the Ukrainian authorities to take action against any entity in Ukraine, religious or otherwise, when there is a legitimate basis for believing that it constitutes a security risk. Thus far, Kyiv has been admirably careful and precise in its statements and steps regarding the UOC, only bringing charges against individuals where there is a specific evidentiary basis for doing so. But some experts have started to register some concern about the risk of overreach, with noted religion scholars Regina Elsner and Thomas Bremer warning that the wrong course of action here could harm “the further democratic development of Ukraine.” In wartime environments, it is all too easy to lose sight of nuance, and additional actions by the Ukrainian government should involve careful consideration of unforeseen repercussions that could redound to the benefit of Kyiv’s enemies. 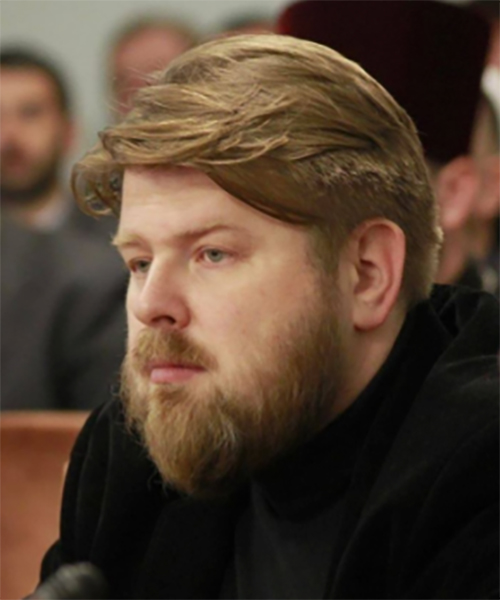 Denys Brylov is a senior researcher at the A. Krymskiy Institute of Oriental Studies of the National Academy of Sciences of Ukraine, as well as an associate professor in the Department of Theology and Religious Studies at the National Pedagogical Dragomanov University. He holds a doctorate of philosophical sciences (D.Sc.) in religious studies and theology, and his main academic interests are Islam, political activism in Islam and transnational Islamic movements, religious factors in conflicts, and religion and nationalism. 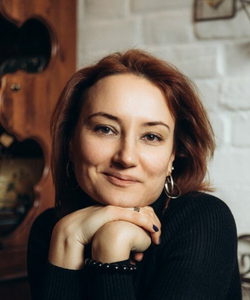 Tetiana Kalenychenko is the executive director of the European Center for Strategic Analytics (ESCA) as well as the co-founder and coordinator/facilitator of the center’s Dialogue in Action initiative. She is a trained facilitator with experience in peacebuilding, conflict transformation, and community development. With a Ph.D. in the sociology of religion, her research interests include conflict studies, peacebuilding, and reconciliation.