Turkey and Saudi Arabia have been the main theo-political actors competing for influence among Bulgarian Muslims in the post-communist context. Both countries have sponsored worship, educational, and publication activities, but Turkey casts its efforts as an attempt to preserve the moderate tradition of the Muslim community in the face of Middle Eastern extremism. The Saudis, on the other hand, promote Wahhabi doctrine as the embodiment of “true” Islam. The superficial dichotomy between “liberal” Turkish Islam and “conservative” Saudi influence, however, is misleading, since both iterations of contemporary Islamic belief and practice are stricter than the local tradition. The question of foreign influence aside, such comparison does not imply that a more conservative ritual is always problematic. Overt religious practice comes also against the backdrop of historical and ongoing discrimination against Muslims in Bulgaria and their aspirations for greater freedom of religion.

Bulgaria is the EU member state where indigenous Muslims form the largest proportion of the population. The community formed following the Ottoman conquest of the Balkans in the fourteenth century and largely remained in the territory when Bulgaria declared full independence in 1908. According to the most recent census (2011), Muslims comprise 10% of all inhabitants, and a Pew Research Center survey projects that nearly 16% of the population will profess Islam by 2030. The majority are ethnic Turks, with the remainder comprising of Bulgarian-speaking Muslims, or Pomaks, and Roma. In line with the tradition of the conquering Ottomans, most Bulgarian Muslims adhere to Sunni Islam of the Hanafi madhab (school of Islamic law), and only a minority follow Shia Islam as Alevis or Bektashis.

The institutional framework of Islam in Bulgaria took shape as an amalgam of Ottoman heritage and the continuing influence of neighboring Turkey. The Chief Mufti’s Office was set up post-independence to represent and serve the interests of Muslims who stayed in the newly formed state. The Chief Mufti is a peculiar institution that harkens back to the Ottoman Sheikh ul-Islam. In the Bulgarian context, the office also draws on the Russian precedent of constituting a hierarchical structure for Islamic clergy, which is patterned on the Orthodox Church as an interlocutor with secular power. The Chief Mufti’s Office speaks for Bulgarian Muslims in an official capacity, administers the network of mosques, and governs the formal educational establishments.

The communist regime (1946–1989) brought about a disruption in the treaty-mandated autonomy of the Muslim community to govern its affairs and organize religious education. Under the Law on Denominations (1949), the state secured firm control over religious institutions and turned them into channels of party authority and propaganda. The regime prohibited the study of religion in school and closed all the madrasas (institutions of Islamic learning), which had opened or continued to function post-independence. In the private sphere, socialist discourse cast Islamic dress and ritual as retrograde and banned the headscarf altogether [1]. Muslim men and women were thus encouraged to embrace socialism in both their public and private lives at the expense of Islam.

The fall of the communist regime (1989) opened up a space for the reconstitution of Islamic institutions in Bulgaria, but also for a contestation of what Islam means in the contemporary context. The formal structures, such as the Chief Mufti’s Office and the system of religious schools, have gradually come under the renewed influence of Turkey and ethnic Turks. Historical ties and tradition are undoubtedly an important factor, but so is the pressing need for funding. In the post-communist period, the Muslim community has struggled to secure the restitution of its waqf (religious endowment) properties and the attendant income. Islamic educational establishments, in turn, constitute private schools by law and do not qualify for state funds. The lack of an independent source of income threatened the functioning of the Islamic institutions, and in the 1990s Bulgaria agreed on formal Turkish sponsorship.

Institutions of religious instruction have emerged as a paramount locus of contestation in the process of (re)defining the identity of Islam in Bulgaria. There are currently three religious secondary schools in the country, which follow the curriculum of secular counterparts but also teach theological courses as specialized subjects. The religious disciplines are based on the curricula of imam hatib schools (schools for training ministers and preachers) in Turkey, and both the Ministry of Education and the Chief Mufti’s Office need to approve the syllabus. The Higher Islamic Institute, in turn, was established in its current form in 1999 with a decision of the Council of Ministers to train Islamic theologians to serve as imams and muftis. The Turkish Directorate of Religious Affairs (Türkiye Cumhuriyeti Diyanet İşleri Başkanlığı), or Diyanet as it is commonly known, provides all the funding for the religious schools and the institute, along with instructors and literature.

The Turkish dominance over Islamic structures in Bulgaria has marginalized Pomaks and other non-Turkish speaking Muslims. Diyanet funding rests on a protocol signed with the Bulgarian authorities and yields religion classes, which are often taught only in Turkish and cast Islamic creed and ritual in the country as identical to the contemporary Turkish practice. Pomaks, who are generally Bulgarian speakers, are left feeling resentful toward what they perceive as “Turkification” rather than the provision of quality Islamic education. The Bulgarian state, in addition, does not recognize the diplomas issued by the Higher Islamic Institute due to an accreditation stalemate around the lack of adequate infrastructure and the requisite number of qualified teaching staff. Many Pomaks have thus started looking for theological instruction outside the country.

In the post-communist context, Saudi Arabia sought to establish a sphere of influence among Bulgarian Muslims in places and spaces which Turkey failed to dominate. While the formal system of schooling Islam remained mostly off-limits for the Saudis, they financed the publication of religious literature and informal Quran courses that expounded Wahhabi doctrine. They also built a network of doctrinally appropriate mosques and provided for the salaries of preachers [2]. Starting in the early 1990s, a number of Saudi foundations offered grants to believers to pursue religious education abroad or perform pilgrimage. The move had little impact on Turkey’s core base, but many Pomaks went to the kingdom and other Middle Eastern countries and brought back what they consider to be “true” Islam. While instances of strict and ostentatious adherence to Salafism or Wahhabi doctrine have been rare, most returnees embraced a conservative mode of practicing Islam, which put them at odds with the traditional ritual of their communities centered on Sufism, syncretism, and other aspects of local religious culture.

The discriminatory actions and attitudes of state authorities further complicate the circumstances of Bulgarian Muslims, and in particular those who are committed to openly practicing their religion. The country had its own headscarf debate when in 2006 two high-school students refused to remove the veil in compliance with a school-mandated uniform. Educational institutions saw the act as a manifestation of conservative influence coming from the Middle East. After a long line of cases, the court ruled unconvincingly that wearing the Islamic veil is a privilege, which is contrary to the secular nature of Bulgarian education. Such treatment reinforced the idea that Bulgarian Muslims do not enjoy the same right to freedom of religion as Orthodox Christian citizens. Bulgarian officials, therefore, face the difficult task of keeping an eye on potential radicalization while avoiding actions which could further marginalize and alienate the Muslim community.

In recent years, Saudi foundations appear to have ceased their activities in Bulgaria and ceded ground to Turkish and Jordanian organizations. Observers attribute the current change in dynamics to a shift in priorities inside the kingdom from an expansionist focus on religion to inward-looking nationalism [3]. With the Saudi withdrawal, Turkey enjoys unrivaled prominence among Sunni Muslims in Bulgaria, even beyond its traditional domain of formal institutional structures. Many Turkish NGOs are currently active in the country and assist with reconstruction and social projects [4]. While the import of conservative ritual has traditionally been ascribed to returnees from Saudi Arabia and the Middle East, the contemporary Turkish influence on belief and practice has also transpired as stricter than the local tradition. Ethnic, political, and religious divisions thus persist among the Muslim community in Bulgaria despite the changing balance of power among external actors vying for influence within Bulgarian Islam. 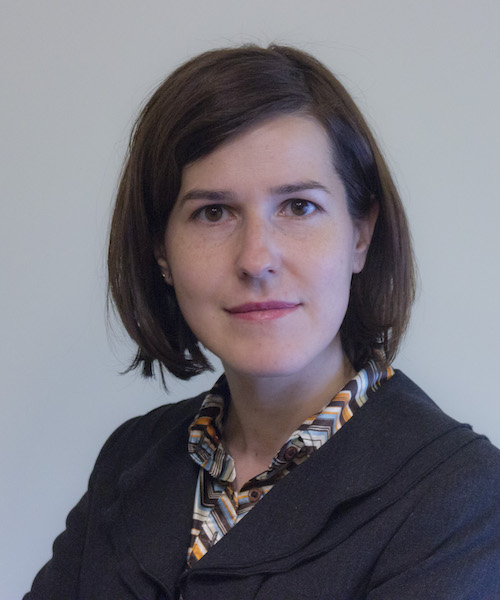 Rositsa Atanasova has worked for a range of NGOs in support of migrants and refugees in Bulgaria. She completed an MTS at Harvard Divinity School, focusing on Islam, as well as a law degree at the University of Cambridge. Rositsa publishes and presents on Islam in Bulgaria, migration, and human rights.