Celebrating the Life and Work of Father Timm: A Tribute 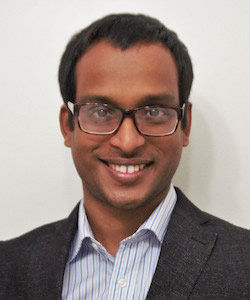 2020 keeps taking. Katherine Marshall just paid her tribute to a social reformer from South Asia: Swami Agnivesh, who passed away on September 11, 2020. Today I write to celebrate the life of another departed soul whose dedication to serving the most marginalized populations in Bangladesh earned him an apt reputation as the “friend of Bangladesh” —Father Richard William Timm, Superior of the Congregation of Holy Cross. Commemorating Father Timm’s bold and bright life and work today allows us to reflect on larger questions that are so pertinent in the middle of a global crisis: What does participatory community engagement mean in the context of international development? How do we bring positive social change in an evolving society—by empowering the neglected mass, by changing structural and political systems, or both? What can we learn from the lives and works of people who embodied both Western and Eastern knowledge, thoughts, and practices in a lifetime? And how do faith and development intersect and impact each other?

Father Timm witnessed the emergence of the Bangladeshi state from its embryonic stage. He arrived in what was then East Pakistan from theological studies at Holy Cross College and graduate specialization in biology and parasitology at Catholic University of America in 1952. The political scene was rife then with debates that claimed lives over whether Urdu or Bengali would be the state language. He spent the next 40 years of his life focusing mostly on teaching and research. He was the head of the science department at Notre Dame College, Dhaka, one of the finest education institutions in Bangladesh, and then served as principal of the college. As a zoologist, he discovered 250 species of nematodes and published numerous scientific papers, and he played an instrumental role in spreading enthusiasm for the sciences among his students through several clubs and extracurricular activities. His contribution to humanitarian work in the aftermath of the Bhola mega-cyclone in 1970 is lauded both locally and internationally to this day. Father Timm firsthand observed atrocities during the Liberation War in 1971 and mobilized international public opinion in favor of Bangladesh’s independence.

Father Timm exemplified an extraordinary quality of getting access to people at the ground level while also maintaining steady national and international connections. He participated actively in the reconstruction and rehabilitation work in the aftermath of cyclone Bhola in 1970 and in the war-ravaged country from 1971 onwards. Father Timm, a fluent speaker of the local vernacular, understood rural power struggles and communal conflicts very well and used his knowledge and understanding to promote participatory development programs nationally as a planning officer at Caritas. He served as its director for several years. He pioneered the linking of development work with human rights issues in Bangladesh in the 70s, as director of the Catholic bishops’ Justice and Peace Commission, which he termed as a “highly sensitive issue” in Bangladesh during a 2015 interview.

Father Timm was highly regarded for his uncompromising stance for social justice. He published newsletters in both English and Bangla where he documented and criticized the successive governments for human rights violations. He was vocal about rights for the garment workers and minority groups from the Chittagong Hill Tracts in the 1980s. He received many acclaimed recognitions including the Ramon Magsaysay Award in 1987, which acknowledged his “sustained commitment of mind and heart to helping Bangladeshis build their national life.”

Father Timm had critics from almost all political parties, especially in the government, who accused him of proselytizing in Tangail and in the Hill Tracts, which he denied. He made three pleas for Bangladeshi citizenship that were rejected under different political parties in power.

His citizenship applications are important to highlight today. He carried Bangladesh in his heart, but we, fellow Bangladeshis, never paid him his full due. As a true friend of Bangladesh, he expressed his last wish to Nobel Laureate Muhammad Yunus, who paid him a visit in 2018: “I wanted to die and be buried in Bangladesh. But nobody is listening to me. I am so helpless.” Borrowing words from Yunus, I would like to reiterate, "Father Timm, you’ll ever remain in the hearts of Bangladeshis. You gave your love for them. They’ll continue to give their love to you. You’ll always be remembered. [...] Goodbye Father Timm. Bangladesh will forever miss you. You have left your fingerprints in every disaster area of Bangladesh. May God grant your soul eternal peace."

To learn more about Father Timm and his social activism, see a 2015 Berkley Center/WFDD interview with him by Nat Adams: “A Discussion with Father Richard William Timm, Congregation of Holy Cross.”