Before I came to Asia to study, my only exposure to Confucianism was in American school classrooms. Separated from cultural context, it was easy for me to see Confucian philosophy as a series of arbitrary rules and rituals created to rigidly regulate society. Regardless of what Confucius actually did or the details of the philosophy attributed to him, "Confucianism” represents something deeply personal to Taiwanese people and deeply ingrained in Taiwanese culture. I believe that it is valuable to look at more than just what Confucian texts say or the ideas espoused by Confucian scholars, but also to anecdotally observe what it is that manifests under the umbrella of "Confucianism" in a culture that has so deeply absorbed the philosophy that even members in society easily forget its influence.\

In Taiwanese culture, I have observed that Confucianism represents an attitude of appreciation, respect, mutual understanding, and studiousness, and this attitude is the basis of a value system that influences almost every aspect of Taiwanese life. Confucius believed that these virtuous attributes could be expressed and received through rituals and rules; these are not the point of Confucianism, but rather tools used to reflect one’s inner attitude. For example, the Dizigui (Standards for Pupil and Child), a Qing-era Confucian text based on the Analects, includes, "For putting hats and clothes, there should be set places. Don’t set them down in a disorderly manner, making a sweaty mess" (trans. Feng Xin-ming). A seemingly monotonous rule, the attitude behind it is what is important: according to popular interpretation, someone who is orderly with their belongings is also orderly with their heart and is virtuous and responsible and trustworthy in family and in government.

Family is perhaps the most important aspect of Confucianism. Interpreted, one’s parents are the closest link that connects one’s self to the rest of the universe; where each generation’s efforts and contributions to society manifest in its children, each of us by respecting our elders also respects that which gives us life, consciousness, awareness, and form. Additionally, we should respect all of society in a similar fashion to our parents. The Dizigui says, "Serve your father’s generation as if you were serving your own father, and serve your brother’s generation as if you were serving your brother." This again reflects an attitude of respect, service, and awareness. To serve one’s family is to respect one’s own self, so serving society as an extension of one’s family is to respect one’s self as a member of society. I believe this connection is monumental to fully understanding how Confucianism has remained so central to Chinese society and how deeply rooted it is in Taiwanese culture.

Studiousness is also extremely important in Confucianism. Confucius may or may not have compiled ancient Chinese classics, but the popular conception that he did indicates the popular understanding of Confucius as a proponent of literature study. Refined education parallels a refined moral character and a complete education represents a person capable of shouldering the responsibility of society. Therefore, those who understand academics and who are able to express themselves eloquently through literature can also understand others and the ways of the world, and so as a result are worthy of trust.

These ideas are the result of my participation in Taiwanese education, reflective of both the Taiwanese interpretation of Confucian ideas and the extent to which Confucianism is taught in various disciplines of Taiwanese universities. However, I have also observed among my Taiwanese friends several examples of Confucian behavior. For example, I observed one friend’s parents' discussion over the amount of money given to her grandparents as an expression of filial piety, reflective of the responsibility of children to take care of their parents. Another friend, who is gay, would not be able to tell his relatives of his sexual orientation if his parents forbid it, since he must first respect his parents as the closest link to the larger society.

In conclusion, as with any philosophy, Confucian ideas can be debated based on classical texts, historical data, or other interpretations, but that stands separate from what "Confucianism" has come to represent in everyday Taiwanese life. Respecting family, serving society, and pursuing knowledge are the fruits of a virtuous attitude in one who is worthy of high responsibility. Based on my observations in the Taiwanese classroom and in Taiwanese society, I have come to understand Confucianism as a warmer, more benevolent, respectful, understanding, and mindful set of values that manifests in an attitude that deeply pervades Taiwanese daily life. 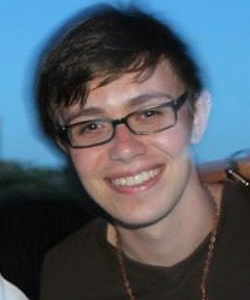 Nicholas Clark graduated from Georgetown University in 2015 with a major in a Chinese and a minor in business administration. He participated in the Junior Year Abroad Network while studying in Taipei, Taiwan during the fall of 2013 and Beijing, China during the spring of 2014.
comments powered by Disqus