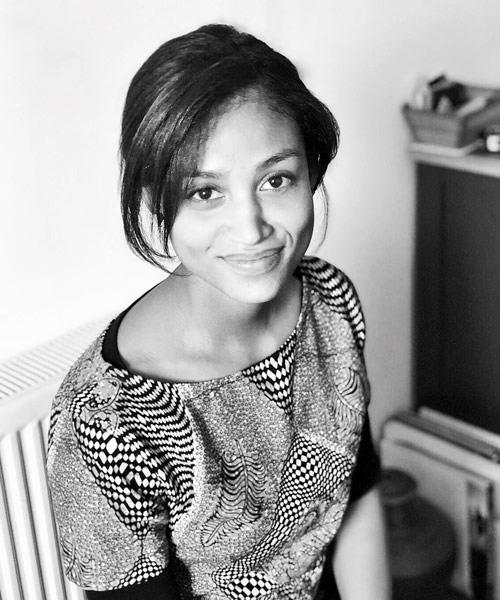 They are present at some of life’s most important moments, from the day a person is born to the day they marry. Often the most respected figures in their communities, religious leaders play a powerful role in the everyday lives of millions.

As such, they have the power to change attitudes and opinions about some of the most important issues facing the world—including child marriage.

An assumption we often have to debunk at Girls Not Brides: The Global Partnership to End Child Marriage is that child marriage is a religious problem. It is not. Child marriage is not linked to any particular religion. It happens across all regions of the world, and with over 80 percent of the world’s population professing a religious belief, it is not surprising that it is practiced in many religious communities. That is not to say, however, that child marriage happens only in religious communities—nor that all members of any religion share the same views about child marriage. For example, Central African Republic (CAR), Mexico, and Namibia—all Christian-majority countries—have very different rates of child marriage: From 68 percent in CAR to 23 percent in Mexico and 8 percent in Namibia. Similar differences can be seen among Muslim-majority countries: While 76 percent of girls in Niger are married as children, in Indonesia the rate is 14 percent and in Tunisia, 2 percent.*

Although the causes of child marriage vary from one setting to another, the practice is almost always rooted in gender inequality and the belief that girls are somehow inferior to boys. Child marriage is also driven by poverty and insecurity and reinforced by a lack of quality education, health services, and work opportunities. In many places it goes unquestioned simply because it has happened for generations.

In fact, as highlighted by Katherine Marshall in her post on religion and child marriage religious leaders can play a crucial role in ending child marriage. Since they often prescribe what behaviors are acceptable, they can influence change around norms and practices in their communities. As they perform and register marriages, they can also check the ages of a bride and groom and promote progressive interpretation of religious texts.

In the Gambia, Ghana, and Senegal, among others, Tostan organizes training for religious leaders in which they discuss the links between religious values and human rights. As a result, many religious leaders are now supporting their communities to end violence against women and girls, including child marriage.

However, as Anita Raj points out, religious discourses have, in some cases, held back change on child marriage, gender equality, and the sexual and reproductive rights of women and girls. For example, in 2016, the chief of the Council of Islamic Ideology opposed a bill to raise the minimum age of marriage in Pakistan, calling it blasphemous. Last year, activists in New Jersey in the United States almost lost their battle to raise the age of marriage to 18 when a governor refused to sign the bill on religious grounds. In many places around the world, civil society organizations campaigning against child marriage are facing strong opposition from political and religious conservative voices.

So why do some religious leaders take action to end child marriage while others resist change? How can local and international organizations build partnerships with positive influencers, and how can they respond to opposition?

Researchers from the Unit for Religion and Development Research at Stellenbosch University addressed these questions in recent research for Girls Not Brides. They identified seven ways in which some religious leaders resist efforts to end child marriage, and six reasons why they do so. For example, some seek to block legislative reforms, while others perform illegal child marriages. Reasons for resistance include a desire to preserve patriarchal power, or a fear of sex and pregnancy outside of marriage. However, although the research identified some common trends across different faiths and regions—such as concerns about female sexuality—religious leaders and communities are not a homogeneous group, and different actors can hold a range of opinions across a large spectrum—from supporting to condemning child marriage.

Following the research, Girls Not Brides and Stellenbosch University shared some guiding principles and tools that can help practitioners involve religious actors in their efforts to end child marriage. These include a need to analyze the causes and implications of any religious resistance to ending child marriage; understand the local context to prioritize partnerships with the right religious actors; partnering with religious experts to facilitate dialogue on the scriptures and help religious leaders to reflect on their interpretation; favoring long-term interventions to allow time to build trust; and starting with less sensitive issues and slowly addressing complex and taboo topics such as sexuality.

We are making progress. In the last 10 years 25 million child marriages were prevented around the world. Religious voices have the potential to either hinder or accelerate change, and finding out how to successfully engage religious actors can amplify efforts to end child marriage. However, religious leaders are only one part of the picture. It is the collaboration between many different actors that has contributed to progress on child marriage to date in most places. Girls, boys, families, communities, individual activists, civil society organizations, governments, UN agencies, and many others all have played their part.

There is still a long way to go before we end child marriage for good, so we need to join forces. Many of the world’s most pressing issues have some common roots, so activists should collaborate across their different sectors and areas of expertise to engage religious leaders and other decision-makers to tackle complex issues such as gender equality. Only then will we be able to make lasting progress across all sustainable development goals.

*Data based on both the UNICEF 2018 child marriage global database and the CIA World Factbook (consulted in July 2017).