Faith, Women, and Human Rights: A Global Dialogue on COVID-19 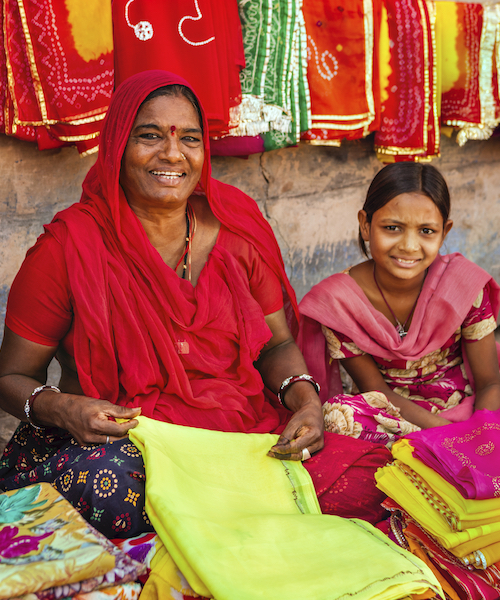 Among the many discordant realities of the COVID-19 crisis are its very different repercussions for women. Their mortality is lower than men’s, while large majorities of frontline “carers” are women. Family and home are a source of comfort and refuge but also the site of rising domestic violence. Despite deficits of women’s leadership in many arenas, women leaders are singled out as outstanding examples in this crisis. Contradictory images about religious responses contrast patriarchal behaviors with selfless and courageous women’s action to support the most vulnerable in society.

On May 14, 2020, a remarkable (and lengthy) “virtual assembly” took place, co-led by the global interfaith organization Religions for Peace (RfP), the United Nations Human Rights Treaty Branch, and the chair of the Convention on the Elimination of all Forms of Discrimination Against Women (CEDAW). The topic was “Confronting COVID-19 from the Prism of Faith, Gender, and Human Rights.” One participant described it as “a dream come true,” bringing together a potentially critical alliance.

Much was said during the two-and-a-half hours, with little disagreement among what some might consider unlikely partners. Dr. Azza Karam, now secretary general of RfP, has a long history as an advocate and organizer of religious women and as a sharp critic of the very idea that religion itself supports inequality and harmful practices. Dr. Ibrahim Salama is closely associated both with advancing human rights and with the UN Faith for Rights Toolkit, where gender equality is deeply embedded. And Hilary Gbedemah, from her vantage point as leader of CEDAW, leaves no doubt that women are vital to religion and vice versa.

The dialogue took place in three segments (with a brief time for discussion at the end): first, highlights of the Faith for Rights framework and its links to the UN Sustainable Development Goals; second, five RfP leaders from different regions and religious traditions highlighted their priority issues; and third, human rights advocates affirmed their perspectives on the gifts of all the stakeholders. All highlighted the central and linked roles of both religious and female faces of the COVID crisis.

So, what are these faces and issues? From the dialogue, 10 themes resonated strongly among the speakers and affirm what we are hearing from across the world.

The crisis, many repeated, is an opportunity that cannot be allowed to go to waste. Rebuilding societies where different faiths are all respected, where human rights and true commitment to equality are not only a spoken but a lived reality, is possible and essential. As COVID-19 highlights both profound interconnectedness and profound inequality, the shared spirit of ubuntu—we are because you are—must be the guide. Nothing, it was asserted, matters unless you do it. As Ela Gandhi affirmed, life post-COVID has to change.