In recent years, academics have paid increasing attention to religious soft power in nation-states’ foreign policies, both in the Arab world and also more broadly. Yet, the significance of interfaith dialogue for states’ soft power remains under-explored. In the United Arab Emirates (UAE), interfaith dialogue plays an important role in the country’s international relations and state-branding efforts, notably in relation to the 2020 normalization agreement with Israel known as the Abraham Accords.

Interfaith Dialogue in the UAE

On April 19, 2021, UAE Minister of Foreign Affairs and International Cooperation Abdullah Bin Zayed Al Nahyan led a session of interfaith dialogue titled “Human Fraternity and Peaceful Coexistence: The Core Message of Faiths.” The dialogue, which aired that evening on the UAE state channel Emarat TV, was the first episode in the country’s annual Ramadan discussion series that, as Gulf News put it, offered “a particular focus on the UAE’s experience in building a home for people from all nationalities, religions, and cultures.”

Some of the participants in the discussion were familiar faces in the UAE. Speaking with the foreign minister that day was the Mauritanian Shaykh Abdullah Bin Bayyah, chairman of the UAE state Fatwa Council responsible for issuing Islamic legal rulings. Bin Bayyah is, in effect, the country’s highest ranking Islamic official. Also participating was the Swiss Bishop Paul Hinder, the apostolic vicar of Southern Arabia, a longtime UAE resident based in Abu Dhabi since 2003. The vicariate, which has as its see the St. Joseph’s Cathedral in Abu Dhabi, has jurisdiction over the UAE, Oman, and Yemen. High-profile engagements with Christian leaders is an important element of UAE foreign policy, and both Shaykh Bin Bayyah and Bishop Hinder served as interlocutors during the visit of Pope Francis to Abu Dhabi in 2019 at the invitation of UAE Crown Prince Muhammad Bin Zayed Al Nahyan, the first-ever papal visit to the Arabian Peninsula.

The April 19 dialogue also included a new arrival on the UAE interfaith scene: U.S. Rabbi Elie Abadie. Rabbi Abadie, born in Beirut and raised in Mexico City, is the new senior rabbi of the Jewish Council of the Emirates, an organization founded in 2018 in a precursor to the mini-flourishing of Jewish communal organizations in the UAE following the Abraham Accords. Other Jewish communal organizations that have emerged since the accords include the Association of Gulf Jewish Communities that will eventually include a Jewish court, the Beth Din of Arabia, to deal with Kosher certification and issues pertaining to personal status and voluntary dispute resolution.

The April 19 episode that aired on TV also featured a montage of pre-recorded statements given by Shaykh Bin Bayyah, Bishop Hinder, and Rabbi Abadie in which they foregrounded elements of their respective scriptures that emphasized respect for other religions and peoples. They also praised what they viewed as the unique climate of tolerance in the region fostered by the Emirati state. Rabbi Abadie, for example, emphasized: “As the head of the Jewish community […] I have felt the open arms and the embrace of the Emirati people. The concepts of tolerance, coexistence and human fraternity are not just concepts, they are lived and practiced here.”

Indeed, this showcasing of the UAE as a seeming haven of tolerance in a region often caricatured as uniquely intolerant is a part of a wider effort of state-branding and international relations. As I detail in my new book, small states in the Gulf brand themselves, like corporations in a way, in order to garner investment. In the Gulf, the purpose of this branding is to garner outside powers’ investment in ruling families’ security in the face of both external threats to state sovereignty and internal demands for democracy and respect for human rights.

Promoting international religious freedom and tolerance has been an explicit element of North American and European states’ foreign policies since the 1990s, codified in the U.S. case by the 1998 International Religious Freedom Act. The UAE’s positioning of itself as a key partner in this regard is one feature of a much wider branding effort through which the UAE situates itself, for example, as a key U.S. ally in the fight against climate change, a center for COVID-19 vaccine production in collaboration with China, while also spending heavily on lobbying in the United States and EU to become a “soft superpower,” and taking on financially risky investments in Israeli natural gas.

It is in relation to this last ally, Israel, that interfaith dialogue takes on a particular importance. The increasingly close UAE-Israel relationship was controversial even before the recent upsurge in violence in which 232 Palestinians died in Gaza during the Israeli bombardment and 12 died in Israel as the result of Palestinian rockets. Earlier, well-publicized incidents embarrassing the UAE included an Emirati delegation visiting the al-Aqsa Mosque Compound being heckled by Palestinian worshippers. The visit, which occurred under Israeli supervision and without the knowledge of the Palestinian and Jordanian authorities that manage the compound, lent Emirati legitimacy to Israeli claims to the site.

Consequently, marketing the normalization agreement between the two states as an accord between Abrahamic faiths, rather than simply a set of economic and military deals, has been a key branding effort that includes opinion pieces in U.S. media authored by UAE royals, and even a forthcoming documentary. A noteworthy element of this diverse effort is the crossovers between the diplomatic, economic, and religious realms, such as when the new UAE Ambassador to Israel Mohammad Al Khajah visited Rabbi Shalom Cohen in Jerusalem in the aftermath of the May 21 ceasefire, or when Rabbi Abadie attended a recent Economic Investment Forum co-hosted by the Jerusalem Post and the Khaleej Times.

For Shaykh Bin Bayyah’s part, he remained silent during the violence in Israel-Palestine, with the exception of a cryptic statement on Twitter in which he said in effect that one should be satisfied with whatever God gives or takes away. Notably, Shaykh Bin Bayyah published that remark only after the UAE Foreign Minister Abdullah Bin Zayed had himself called for a ceasefire.

Though Rabbi Abadie was also publicly silent during the recent violence in Israel-Palestine, in the past he appears to have been forthcoming with his views vis-à-vis the Palestinians. In recent comments reported by Jewish News Syndicate at an interfaith conference in Baku, Azerbaijan in November 2019, Rabbi Abadie argued against the usage of the word Palestine: “Forty-eight Jewish prophets—yes, Jewish, not Palestinians—lived there and preached there […] The name ‘Palestine’ was imposed on the land by the Roman Empire after the destruction of the Second Temple to completely disconnect and dissociate the Jews from that land. So to repeat that [Palestine], it’s a travesty of history.” Given that the UAE markets the Abraham Accords as an important boost to the Israel-Palestine peace process, it is perhaps surprising that one of the figures selected to represent Jewish communities in the UAE appears uncompromising toward Palestinians to the extent that they consider the term Palestine to be little more than an historical inaccuracy.

Overall, it is difficult to determine the extent of UAE citizens and residents’ opposition to, or support for, any of the figures involved in these kinds of Emirati-sponsored interfaith dialogues, or UAE-Israel normalization for that matter. In the Emirati context where public speech and political organizing are tightly controlled, any discussion of UAE-Israel relations appears limited to various choreographed PR events or state-sanctioned social media interventions by, for example, Emirati Twitter influencers who repeat Israeli narratives about Palestinians. Opponents of the Abraham Accords, such as the UAE Resistance Union Against Normalization, are limited to organizing outside the country.

As the UAE continues its move away from an interventionist foreign policy characterized by costly military action in countries such as Libya and Yemen and backing the bloody 2013 coup in Egypt toward an emphasis on diplomacy and soft power, branding the country as an oasis of interfaith harmony will likely play an important role. The extent to which the opportunities for interfaith dialogue offered by Abu Dhabi justify the lending of legitimacy to a regime notorious for human rights abuses both at home and abroad is a decision that the religious leaders who participate in Emirati-sponsored interfaith events, as well as the international actors and governments who praise the UAE for cultivating interreligious tolerance, will continue to make. 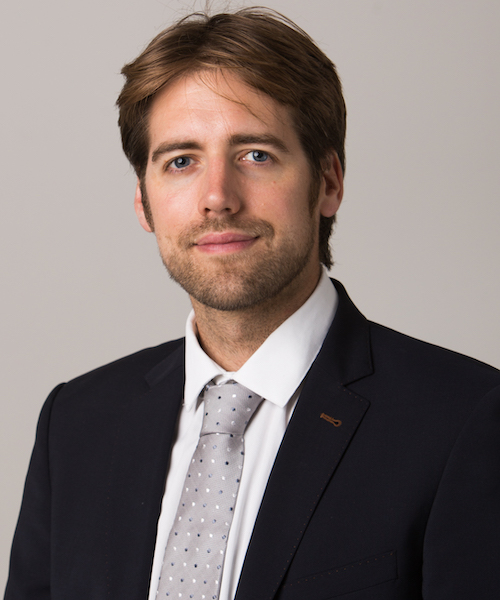 Dr. David H. Warren is a postdoctoral fellow in the Department of Jewish, Islamic, and Middle Eastern Studies at Washington University in St. Louis. His first book, Rivals in the Gulf: Yusuf al-Qaradawi, Abdullah Bin Bayyah, and the Qatar-UAE Contest Over the Arab Spring and the Gulf Crisis, was published in January 2021.