"Made" in Jordan: Assessing the Legacy of the Amman Message

The ruling family of Jordan—the Hashemites—are direct descendants of the Islamic Prophet Muhammad, and since the country’s founding in the aftermath of World War I, this fact has contributed greatly to establishing their legitimacy.

In his 23 years on the throne, King Abdullah II has engaged with both Jordan’s domestic public sphere and the international community to affirm and maintain this legitimacy and has attempted to strengthen social and political understandings of nationalism within Jordan using Islam. He is also responsible for championing, nearly two decades ago, the publication of the Amman Message, a widely publicized narrative of Islamic tolerance, partly meant to reassure allies of Jordan’s “moderate” position on what some observers have characterized as a rather artificially constructed spectrum of moderate-to-radical. Some 20 years later, how should we think about the legacy and impact of this document?

Officially released in 2004, the Amman Message was crafted to “clarify to the modern world the true nature of Islam and the nature of true Islam.” As a text, the document has received considerable support from Jordan’s ruling family as well as the Royal Islamic Strategic Studies Centre, established for the purpose of supporting the initiative. The center is also affiliated with the Royal Aal al-Bayt Institute for Islamic Thought (established in 1980 by King Hussein bin Talal and now chaired by Prince Ghazi bin Muhammad), well known for the annual publication of The Muslim 500: The World’s Most Influential Muslims. The Amman Message is easily accessible online in English and Arabic. Many of the components of the intra- and inter-religious dialogue initiatives are accessible in both languages, with English being the default option.

Several scholars have noted that regional developments in the last decade, including the rise of the so-called Islamic State and ongoing armed conflicts in the Levant and Gulf, have made the Amman Message as well as one of its related publications and Jordan’s most famous interreligious dialogue initiative, A Common Word, all the more important, if not “absolutely imperative,” to quote Jonathan Kearney. What initially began as a document focused on Islam and intrareligious dialogue has ultimately shifted to become a significant tool in promoting the official political policies of Jordan and other states in the region.

Jordan positions itself as a “moderate” middle ground within a variety of international discourses related to a host of topics: religious tolerance, development, and democracy to name a few. As Annelle Sheline notes, “the utility of moderation as a reputational strategy is directly tied to its lack of a clear definition.” The Hashemite regime has navigated this intangible position quite well. Its flexibility allows the regime to highlight religion to secure an authoritative stance in certain international agreements while simultaneously downplaying it to project an image of security, stability, and moderation to the state’s allies.

While the Amman Message is a semi-functional international policy considered by its authors and Muslim leaders around the world to be “a historical, universal and unanimous religious and political consensus,” it is also distinctively Jordanian. It was conceptualized within the Jordanian context by Jordanian leadership at a time when the state needed to claim a position in the so-called War on Terror and in the trajectory the new century was already mapping out. Yet, while it may have come out of Jordan, some Jordanian leaders view the Amman Message as something intended primarily for an international audience with no real effect on Jordanian society. This is evidenced in the engagement—or lack thereof—with the document by municipalities, mosques and religious organizations, and school curricula. Whether this disinterest stems from actual disagreement with its contents or because, as Sheline puts it, “Jordanians already knew everything that it contained” is still debatable.

The international orientation of the Amman Message, while not necessarily a disadvantage, also may not offer any particular benefit. Its website even notes that such a policy will “remain only [in principle] unless it is put into practice everywhere.” Despite the Hashemite regime’s well-placed intentions and their early support for various projects supporting the discourse on “moderate Islam,” including the Amman Message, A Common Word, and World Interfaith Harmony Week, Stacey Gutkowski argues that all these structured initiatives have lost support and now receive only minimal attention both domestically and abroad. Perhaps a summit or anniversary-style gathering of signatories, ulama, and diplomats could revitalize or encourage a renewed interest in the Amman Message, but many would agree that Jordan, the region, and the world have seen their fair share of unproductive conferences in recent years and an inundation of treaties and agreements: a so-called declaration proliferation.

As the twentieth anniversaries of the Amman Message and its subsequent conferences and publications approach, along with a combination of heightened tensions alongside revived treaties and summits on tolerance and interreligious understanding held throughout the Middle East, it is important to consider the ways in which the Hashemites continue to situate themselves as (or aspire to be) the region’s “leader of moderation.” In conjunction with continuing to promote the Amman Message, the Hashemite regime has expressed interest in developing and implementing a new, domestic religious education platform built on decades of investment in showcasing Jordan across the world as “the very model of a moderate Muslim state,” to quote Gutkowski. Only time will tell if the Amman Message was made in Jordan with the hope of reaching an international audience or simply made for bringing Jordan to the forefront of a very crowded international stage. 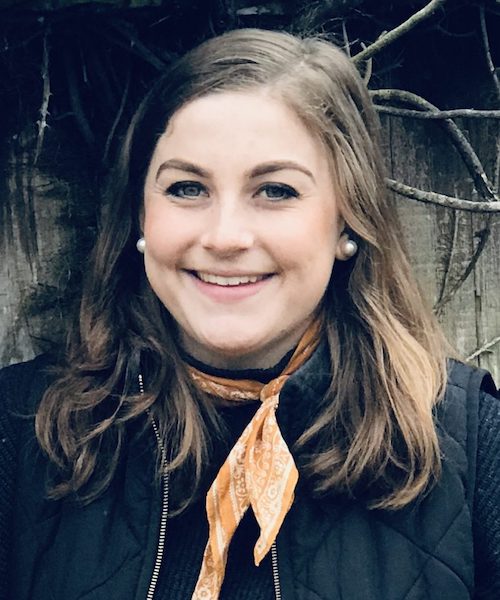 Mackenzie R. Poust (G’23) is a graduate student in the School of Foreign Service at Georgetown University, pursuing a master's degree in Arab studies. Her research focuses on gender and activism. At the Berkley Center, Mackenzie has worked with Senior Research Fellow Peter Mandaville on the Geopolitics of Religious Soft Power project and is currently the teaching assistant for the Berkley Center's Religion, Ethics, and World Affairs capstone course, taught by Senior Research Fellow Judd Birdsall.