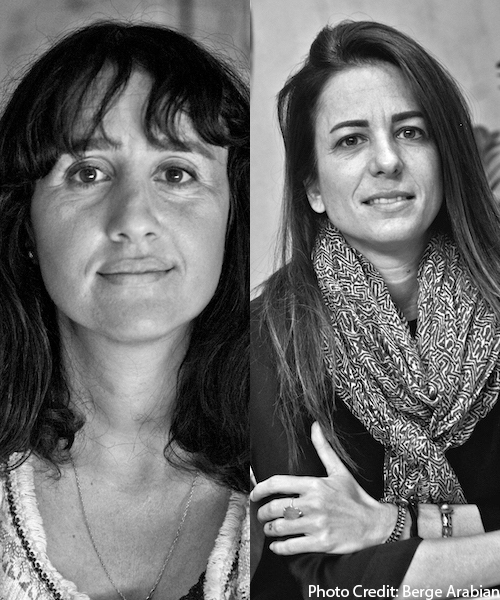 Since the founding of the Turkish Republic, Turkey’s non-Muslim minorities have negotiated a political space shaped by everyday discrimination and the largely unfulfilled promise of equal citizenship. Throughout the history of the republic, the pressure to assimilate and discrimination from both the state and society have resulted in the dramatic shrinking of the population of these communities. When the Justice and Development Party (AKP) came to power in 2002, the government declared a strong commitment to international human rights discourse and passed several reform packages with regard to non-Muslim minority communities. Even though these policies raised expectations for a more accommodative approach toward non-Muslim communities in Turkey, hopes for equal citizenship have been delayed due to the recent authoritarian turn in the country.

Since the last decade, the ruling party’s emphasis on the nation’s Sunni Muslim character, and the de-secularization of public and cultural spaces has intensified. But during the same period, mixed marriages—that is, marriages and relationships within non-Muslim minority communities, as well as those between non-Muslims and Muslims—have increased in Turkey. Our recent book For Sure, It Is Faith [‘Kısmet Tabii…’] focuses on these marriages as an important phenomenon indicating the (re)construction of ethno-religious boundaries within the private sphere. Mixed marriages allow us to observe patterns of deconstruction in sociopolitical, cultural, and gendered spaces in Turkish society.

Mixed marriages allow us to observe patterns of deconstruction in sociopolitical, cultural, and gendered spaces in Turkish society.

The increase in mixed marriages is largely due to demographic changes among non-Muslim communities: increasing mortality rates, decreasing birth rates, aging of the population, and emigration. As the non-Muslim population in Turkey decreases, it is becoming almost impossible for non-Muslim communities to maintain the practice of living within their ethnic enclaves as they did until approximately 15 years ago, when people began to leave the traditional urban “minority districts” and spread into newly formed living spaces in the city.

As one recent research study indicates, mixed marriages have weakened these traditional ethnic clusters and accelerated the spatial dispersion of communities. Due to these factors, the non-Muslim marriage market is shrinking, and the possibility of finding a spouse from the same community is getting smaller. It is also important to take into account the increased social mobility among younger generations due to increased levels of education, which has led individuals from non-Muslim communities to enter more prestigious jobs and earn a better income. This has also paved the way for younger generations’ exposure to individuals from outside of their ethnic group, increasing the likelihood of meeting people from other religious backgrounds. Finally, in parallel to societal changes as a whole, the way religion is practiced among non-Muslims has been changing. Turkey’s younger non-Muslims prefer to practice their religious beliefs individually, not tied to institutions, and they have secular-urban-modern lifestyles. They are far more integrated into the wider society than their parents’ generation.

The non-Muslim marriage market is shrinking, and the possibility of finding a spouse from the same community is getting smaller.

This does not mean that there has been no resistance to mixed marriages among non-Muslim communities. We observe that non-Muslim families often object to mixed marriages due to the several reasons, most importantly, community pressure, the anxiety of not knowing “the other,” the fear of their group’s possible extinction, and the assimilation of their ethno-religious identity.

It is also important to underline that there has been an enormous decrease in the non-Muslim population in Turkey over the last 100 years, which has led non-Muslims to live much more closed-off lives within their own communities and to draw strong boundaries apart from the wider society. Taking the state’s anti-minority policies into account, non-Muslims have begun to feel distrust, fear, and reservations toward the state and society in general. The discrimination and inequalities that non-Muslims, especially those who are 60 years old and above, have experienced throughout their lives have created a heavy burden on the collective memories of their families and communities. So, out-group marriages had been considered as a “betrayal” of the community, and mixed marriages constituted a redline that was a great taboo until the last 10 to 15 years.

Out-group marriages had been considered as a 'betrayal' of the community, and mixed marriages constituted a redline that was a great taboo until the last 10 to 15 years.

Our research has shown that mixed marriages are a reflection of demographic and socio-spatial changes that have resulted from assimilation rather than causing it.

It is not always an easy task to maintain ethno-cultural rituals in these marriages. As the topic of religious conversion often comes to the fore before or during mixed marriages, the main field of negotiation is formed when couples discuss issues related to their (future) children, such as their religious affiliation that until very recently would appear on their identity cards; the ethno-religious identity that will be transmitted at home; or whether or not the children will be baptized, circumcised, or registered to a synagogue. Moreover, the absence of cemeteries in Turkey in which mixed-marriage couples can be buried together not only constitutes a problem in later periods of marriage but is also essential to understanding the relationship between religion and the state in the so-called secular Turkish Republic.

Mixed marriages often appear as a field of negotiation in which the non-Muslim side uses the private sphere (that is, their marriage) to try to deal with the discriminatory policies they are facing in the public sphere. Some of the individuals interviewed for our book stated that they try to fight against the discrimination they face during their marriages, while others stated that they prefer to stay silent. Some partners admitted that they feel excluded as a result of their community’s unequal position and the state’s discriminatory policies, admitting that they felt defeated from the very start of their relationships. Although the literature on non-Muslim minorities in Turkey mainly focuses on the public and political sphere, these instances show us that the experiences of couples in the private sphere often serve as a litmus test to understand how the social inequality between majority and minority communities is reflected in the private sphere. Mixed marriages also demonstrate how sociopolitical and cultural structures are reconstructed through the strategies partners use to cope with discriminatory practices against non-Muslims in Turkey.