Religious Responses to Domestic Abuse During the COVID-19 Pandemic 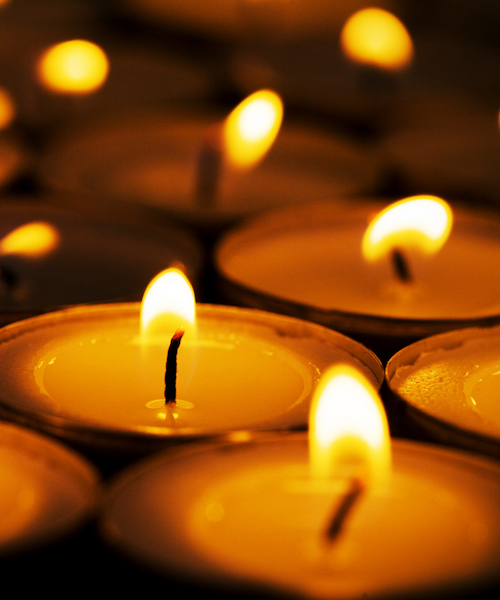 Ironically, data coming in and the absence of reported incidents both point to clear increases in domestic violence as families, happy and otherwise, are forced by the COVID-19 crisis into lockdown. Stresses rise as people are forced to remain with abusers, putting personal safety at risk especially as the pandemic has crippled many support programs. Religious communities have taken on this issue more directly in recent years, spurred by both knowledge that domestic abuse is so omnipresent and by abuse cases within religious communities themselves. So how are religious communities responding to domestic abuse in the face of the COVID-19 crisis?

Evidence of rising domestic abuse comes from many regions and sources. This was predicted, and so far holds true, particularly among marginalized populations. For example, South Africa had 87,000 calls to the domestic abuse helpline in the first month of lockdown, Women's Aid Organisation Malaysia has a 44% rise in calls to its hotline, and in Kenya a 16-year-old female was held captive by a man and sexually assaulted (because, he said, he needed female company to get through the government-imposed lockdown). In the Middle East and North Africa, an analysis by UN Women of the gendered impacts of COVID-19 in the Palestinian territories found an increase in gender-based violence. In Latin American countries such as Mexico and Brazil, calls to hotlines have spiked, while in Chile and Bolivia, movement restrictions mean women fear seeking help. In China, police officers in Jingzhou received three times as many domestic violence calls in February as in the same period in 2019. Australia, France, Germany, South Africa, and the United States have announced significant increases in reports of domestic violence. Visits to the UK’s online national domestic abuse service surged by 700% in a single day; a report released by MPs revealed more domestic abuse killings.

How are religious leaders responding? Pope Francis called on society to stand behind women victims of domestic violence, praising women in frontline roles who help society weather the crisis. "Sometimes they (women) risk being victims of violence in a cohabitation that they bear like a weight that is far too heavy." People from Muslim, Jewish, Christian, Hindu, and Sikh communities have commented that they have reports of abuse in the home ranging from psychological and physical violence to spiritual abuse during the emergency. Campaigners warn of a spike in victims fleeing abusive partners as lockdown eases, with support services struggling to make ends meet.

These issues are global, but the themes are similar. The Evangelical Lutheran Church in Zimbabwe responded to heightened threats facing women, as health and financial burdens increase tensions and cramped living conditions cause further strains. Its Gender Justice Office produced posters highlighting domestic abuse as a key concern during the COVID-19 crisis, stressing that gender-based violence is a crime and abusers will be "brought to book.” The Women’s Fellowship of the Lutheran Church of Christ in Nigeria distributed fliers calling for an end to violence against women and children during lockdown. In Germany, the church compiled a list of local contacts where women can find help at a time when support centers may be closed and shelters unable to take people in because of quarantine restrictions. Elizabeth Eaton, presiding bishop of the Evangelical Lutheran Church in America, is an ambassador for the Thursdays in Black campaign, which works to end gender-based violence. Eaton calls on ecumenical and interfaith partners to step up awareness-raising and prevention of domestic violence during the COVID-19 crisis.

A joint statement, signed by figures from a range of faith-linked domestic abuse charities in the UK, noted that women in faith and black and minority ethnic (BME) communities stay with abusive partners for longer than women in the wider population: “We cannot ignore that there are perpetrators within all our faith communities…At our best, our faith communities nurture healthy relationships and strengthen society. The home exists alongside our churches, mosques, synagogues, gurdwaras, and temples, to enable growth within both faith and our local communities.” It points to spiritual abuse, whereby abusers use religion to persuade people to stay with an abusive partner. The #FaithsAgainstDomesticAbuse campaign calls for government funding for domestic abuse services, especially specialist services supporting survivors from BME, migrant, and faith backgrounds. The Faith and Violence Against Women and Girls Coalition calls on faith leaders and representatives “to continue to condemn domestic abuse and harmful practices that have no place in religion.”