Safety in an Unsafe Neighborhood 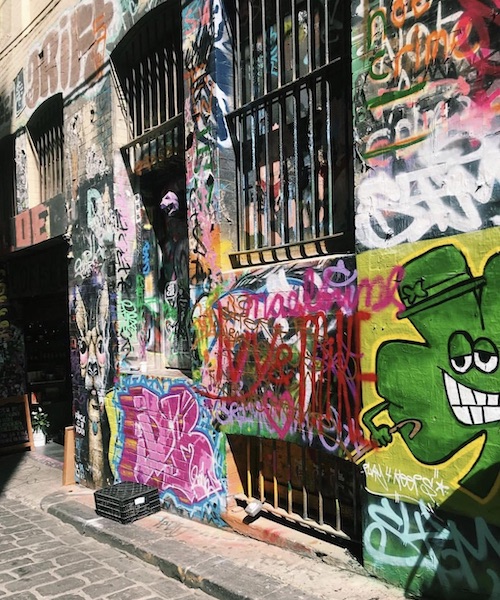 “Oh. You live in Footscray?” The question is often accompanied by a mix of incredulity and disgust, with just a touch of misplaced sympathy for the poor foreigner (me) who does not seem to know enough about the “dangerous” neighborhood she lives in. It’s enough to make me uncomfortable because I cannot always denote from what avenue their aversion is coming, whether it is anti-Footscray plain and simple, anti-crime, or xenophobia.

Just twenty minutes and two metro stops from the central business district of Melbourne, Footscray stands as a genuine testament to Melbourne’s vast immigrant population. Melbourne, the capital of the state of Victoria, is Australia’s second-largest city behind Sydney, with just about five million people living in the city. Over a third of the population is composed of immigrants. And yet, for all of its diversity and cultural richness, the city as a whole pales in comparison to the small piece of concentrated immigrant communities that is Footscray.

In this quiet little neighborhood, you find mostly Vietnamese and Ethiopian immigrants. The southern entrance to the neighborhood showcases flags from all over Africa along a wide street, while the eastern entrance is rife with hot pot restaurants and pho eateries. Occasionally, you might find a kebab station. Peppered among all of these delicious restaurants are traditional stores with homemade items as well as my favorite Korean mink blankets (the same kind I was raised with), hair salons and massage centers that only accept cash, small family-owned bakeries and cafes, Asian mini-markets, and discount shoe stores near the metro station.

Everything about Footscray is familiar to me.

As an immigrant, when I first arrived in the United States, I lived in the “Footscray” of Miami, known as Hialeah, seen by many as an outskirts town where people only go to start out but no one is meant to stay there—not if you’re successful. This same opinion is present here in Australia: The people who live in Footscray are only (and should only) be starting out. This is not a place where one should make a home and live for generations because it is full of crime and delinquency. People start in Footscray and are constantly looking to get out—or are expected to.

I chose this neighborhood because, frankly, it is a fourth of the cost of rent in comparison to other apartments in the city. To many, that means compromising comfort and safety, but I have yet to find that that is the case. Even when walking home late at night, something which always forces me to take extra precautions as a young woman, I have not felt intimidated or unsafe.

And yet, my greatest source of discomfort comes from that question: “You live in Footscray?”

I’m not a Footscray native by any means, but everything that the suburb represents to me feels tied to my identity – it encapsulates the essence and spirit of immigration, the difficulties of adjusting while maintaining ties to your homeland, and the way we create enclaves of celebration and support in places not native to us. Living here feels right and familiar, and any negative questioning of my choice harkens back to the same xenophobic attitudes I’m exposed to daily in the United States. When people attack Footscray, it feels like they’re attacking me.

In the beginning, I would simply respond, “Yes, I do.” I was unaware then of the implications of that question, or that many Melburnians see the city as dichotomized – where eastern suburbs are preferred to western suburbs, like Footscray. This division became clear from the very first cab ride from the airport, where my driver asked me why “a girl like me” was living in a neighborhood “like Footscray.” It continued to appear in conversations with my co-workers, where they inquired if I felt safe, or if I even liked it there. But after noticing the demographic changes in one train cabin on my way to work and back, I realized there was a lot more to the repulsion than was being conveyed by those questioning my neighborhood. I noticed that the more east you traveled, the lighter-skinned the passengers of the train became; the more west, the darker their skin. I couldn’t help but think that there was no coincidence in that.

Racism isn’t discussed very much in Australia, but it is very much present. My peers have pointed out this marked difference between our countries, the popularity of “woke” culture in America, and the importance of political correctness there that is not present in Australia—or at least, not to the same degree. And unlike the United States, where it does take center stage in mainstream conversations and news items, racism here is far more insidious and seeps into even the most well-meaning of questions.

And so now, when someone asks me, “You live in Footscray?” I respond with: “Yes, and?” I want to prompt them to face their ignorance and their prejudice, and to look at what they’re asking and what it is they really mean. “You live in an immigrant neighborhood? You live among poorer people? Among people of color?” With my prompt, they tend to fall back, or at the very least, fall off their high horse. The conversation quickly dies and changes to something else, like the variability of Melbourne weather, or the upcoming Melbourne Cup. It seems that even though they’re ready to inquire about my choices, they’re not ready to talk about the implications of their questions.