​In January 2020, Egyptian President Abdel Fattah el-Sisi presided over the “Al-Azhar International Conference on Renovation of Islamic Thought.” Hosted by the venerable institution of Al-Azhar, whose authority in the Sunni Muslim world is viewed by Egypt as one of its most valuable global soft power resources, this summit was attended by religious scholars and representatives of Islamic councils and institutions from nearly 50 countries around the world. It can be viewed as one expression of a recent trend whereby Sisi has sought to position Egypt’s Islamic institutions as international hubs for the production and dissemination of “reformed” or “moderate”—that is, politically quietist—Islam.

Religion has been always at the crux of Egypt’s domestic and foreign policies. Egypt’s different political regimes since former president Gamal Abdel Nasser have employed religion in order to enhance their internal legitimacy, counterbalance religious actors (mainly Islamists), and expand their external influence in the Muslim world. In doing so, the executive branch, namely the presidency, has continuously attempted to control religious institutions and shape their message. However, these attempts have impacted the role, mission, and image of religious institutions domestically and internationally. This is particularly the case under Sisi’s regime, whose relentless attempts to control religious institutions, and particularly Al-Azhar, to serve his political agenda have undermined Egypt’s religious soft power.

Egypt has two main Islamic institutions that enjoy much respect and appreciation in the Arab and Muslim world: Al-Azhar and Dar Al-Iftaa. Both institutions, particularly Al-Azhar, play a key role in propagating Islamic knowledge and teachings beyond Egypt. Al-Azhar is considered to be the beacon of Islamic education in the Muslim world. It was established over a thousand years ago by the Fatimids who entered Egypt in 969 CE. Since then, Al-Azhar played a vital role in disseminating Islamic knowledge across the Muslim world from Casablanca to Jakarta and impacted the Western view of Islam. Moreover, Al-Azhar sheikhs and scholars played a key role throughout Egypt’s history from the Crusades in the medieval period to the resistance against the French attempt to colonize Egypt in the late eighteenth century.

Over the past centuries, Al-Azhar grew from a mosque to become a big establishment with a massive network of schools (primary and secondary), a giant university with multiple branches inside and outside Egypt, several endowments across Egypt, and thousands of graduate scholars and sheikhs who adopt Al-Azhar’s religious approach and spread its message across the globe from Asia to the Americas and from Europe to Africa and Australia. Therefore, Al-Azhar’s influence has expanded over history and made it one of the most respected religious institutions in the Sunni Muslim world. It also became one of Egypt’s key sources of soft power in modern history.

Dar Al-Ifta is Egypt’s second important Islamic institution. It was officially established in 1895 for the purpose of institutionalizing and organizing the process of issuing fatwas (religious opinions and rulings). As Jakob Skovgaard-Petersen points out, “This institutionalization must be seen in the context of the Egyptian state’s ambitions of gaining control of all aspects of life.”

Dar Al-Ifta is an official institution, and its activities are regulated under the supervision of the Ministry of Justice. The head of Dar Al-Iftaa is called the grand mufti, and he is responsible for overseeing the fatwa issuing process and making sure they are aligned with the religious school of thought or madhab that is adopted by the state. He is also responsible for issuing non-binding fatwas on death sentences that are issued by civil courts. In addition, the grand mufti was entrusted with determining the timing of the new crescent moon of each month of the lunar year and announcing its beginning, especially during Ramadan, and ascertaining the beginning and end of fasting during the holy month.

Battles of Control and Autonomy

Instrumentalizing religion is a key feature of authoritarian regimes in the Middle East and beyond. For decades, the Egyptian state has attempted to control key religious institutions—particularly Al-Azhar and Dar Al-Iftaa. Egypt’s presidents from Nasser to Sisi view these institutions as key tools in legitimizing their rule, justifying their policies, and expanding their influence beyond Egypt. However, these attempts created tensions between the state and religious institutions which impacted the latter’s role, image, and mission.

Historically, Al-Azhar enjoyed a notable degree of autonomy where it had its own endowments, drew its budget, and ran its activities without much interference from the state. The position of the grand imam of Al-Azhar was created during the Ottoman era with the proviso that he would be chosen freely from among the highly respected and well-educated scholars (the ulama) without state interference. This empowered and granted the grand imam considerable independence from state power.

However, since the 1960s, Al-Azhar’s autonomy has significantly declined after then-president Gamal Abdel-Nasser issued the law 103 of 1961, which gave the state more power and control over Al-Azhar. As a result, Al-Azhar lost most of its endowments and financial resources and became reliant on the state, which in turn controlled its religious and educational activities. Most importantly, the law replaced the Council of Senior Scholars (Hay'at Kibar al-'Ulama) with another body under the supervision of the Ministry of Endowments and gave the president the power to appoint the grand imam of Al-Azhar.

After the January uprising of 2011, Al-Azhar regained some of its autonomy and power back. In January 2012, the Supreme Council of Armed Forces (SCAF), Egypt’s de facto ruler after the removal of President Hosni Mubarak, amended the law 103 to grant Al-Azhar more autonomy and power in order to counterbalance the increasing influence of Islamist groups, particularly the Muslim Brotherhood and Salafis, in the aftermath of the uprising. The amendments restored the Council of Senior Scholars and granted it the power to elect the grand imam of Al-Azhar and to nominate the grand mufti. Furthermore, Al-Azhar’s partial autonomy was maintained in the constitutions of 2012 and 2014. Article 7 of the 2014 constitution stipulates that “Al-Azhar is an independent scientific Islamic institution, with exclusive competence over its own affairs.” It also accentuates that Al-Azhar’s grand imam is “independent and cannot be dismissed.” However, Al-Azhar remains dependent on the state for its financial and administrative resources.

Since seizing power after the coup of 2013, Sisi has been attempting to control Egypt’s religious institutions—particularly Al-Azhar and Dar Al-Iftaa. Sisi believes that controlling these institutions is crucial in his war against Islamists and for enhancing his global image as a “religious reformer,” particularly in the West. Therefore, over the past eight years Sisi made significant efforts in order to secure the support and submission of religious institutions. While he appears to have largely succeeded in co-opting and controlling Dar Al-Iftaa, he has struggled to bring Al-Azhar under his authoritarian thumb. Therefore, the relationship between Sisi and the grand imam of Al-Azhar, Sheikh Ahmad Al-Tayyeb, has been tense and problematic for the past eight years. Sisi wants to bring Sheikh Al-Tayyeb into alignment with his policy priorities and secure the religious scholar’s full allegiance.

As for Dar Al-Iftaa, the current mufti, Sheikh Shawki Allam, is a staunch supporter of Sisi’s local and foreign policies. While Dar Al-Iftaa’s role is issuing fatwas and providing religious guidance for Muslims with almost no involvement in politics, under Sisi’s regime it became very politicized and submissive. As I have explained elsewhere, Allam turned Dar Al-Iftaa into a mouthpiece for Sisi’s regime in exchange of maintaining his position as grand mufti. Controlling Dar Al-Iftaa helps Sisi to achieve two key objectives: supporting his rule and legitimizing his brutal policies against political Islam. For example, on April 24, 2019, Dar Al-Iftaa posted a video on its Facebook page in which it urges followers to support the ruler as a religious duty. Furthermore, over the past eight years, Dar Al-Iftaa has issued numerous statements and fatwas that explicitly endorse Sisi’s brutal policies against the Muslim Brotherhood. On February 21, 2019, Dar Al-Iftaa posted a statement on its Facebook page (which has more than 11 million followers) and its Twitter account (which has more than half a million followers) underscoring that the Muslim Brotherhood is “the Kharijites of this time and enemies of Egypt and they use religion, lies, hypocrisy, and terrorism to destroy countries.” On June 18, 2021, Allam emphasized that joining the Brotherhood is religiously prohibited (haram) because it is a “terrorist organization.” In another statement, Allam legitimized the killing of the Brotherhood’s members. Furthermore, Dar Al-Iftaa issued several statements endorsing Sisi’s foreign policy with regard to Libya, Turkey, and the Grand Ethiopian Renaissance Dam (GERD).

Sisi’s attempts to control religious institutions, and Al-Azhar in particular, undermines Egypt’s religious soft power. These institutions gain their respect and credibility from being independent of the state.

The more freedom and autonomy these institutions have, the higher appreciation and credibility they will receive from Muslims around the world. However, over the past eight years much of this credibility have been eroded by Sisi’s authoritarian policies. Dar Al-Iftaa, for example, lost much of its sacred image as a trustworthy source of fatwas and religious opinion in Egypt. In a survey posted on its Facebook page in August 2020, Dar Al-Iftaa asked the public where they get their fatwas from, and the results were astonishing. Around 66% said they get fatwas from Google searches and 34% from Dar Al-Iftaa. Similarly, Sisi’s relentless effort to control Al-Azhar runs the risk of damaging the latter’s reputation and depriving Egypt of one of its most valuable sources of religious soft power regionally and globally. 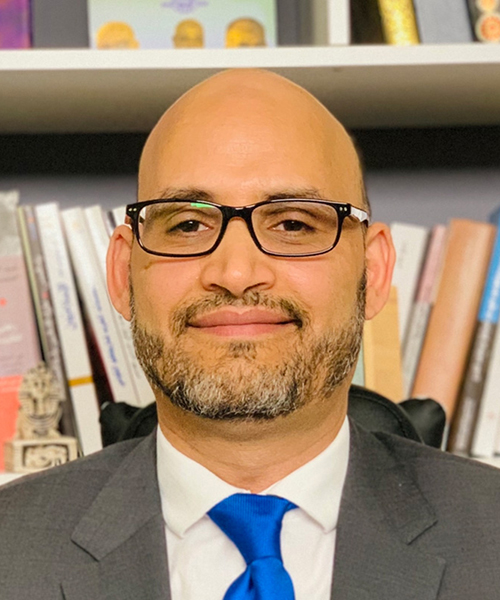 Dr. Khalil al-Anani is a senior fellow at the Arab Center Washington, DC, and associate professor of political science at the Doha Institute for Graduate Studies. He is the editor of Islamism and Revolution Across the Middle East: Transformations of Ideology and Strategy After the Arab Spring (2021) and the author of Inside the Muslim Brotherhood: Religion, Identity, and Politics (2016).