The Catholic Dimension of Irish Soft Power: Brexit and the Ancient Order of Hibernians 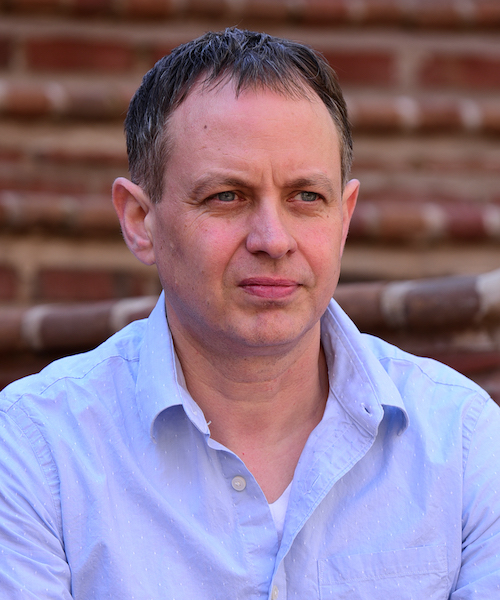 President Biden’s visit to the United Kingdom this week will put additional pressure on Prime Minister Boris Johnson to reach agreement with the EU (and Ireland) to calm simmering post-Brexit tensions in Northern Ireland. The Biden administration appears to be squarely behind the Irish government position, with the White House characterizing President Joe Biden’s support for the Good Friday Agreement as “unequivocal.” Behind the scenes, a reinvigorated Irish-American-Catholic lobby has mobilized in recent years to shore up political support for the Good Friday Agreement across the U.S. government.

A reinvigorated Irish-American-Catholic lobby has mobilized in recent years to shore up political support for the Good Friday Agreement across the U.S. government.

The Irish government has played a coordinating role in the United States at a time when it is executing plans to double its diplomatic footprint by 2025 as part of its “Global Ireland” strategy. Irish diplomats have been urged to ensure that they “…are engaging fully with both traditional and newer partners.” The Ancient Order of Hibernians (AOH) is historically one of the Irish government’s important traditional civil society partners in the United States, although the relationship has not always been a smooth one. The flagging relationship between the Irish government and its traditional Irish-American-Catholic civil society partners in the United States has been reinvigorated in a post-Brexit environment, as their priorities and interests overlap in defending the Good Friday Agreement. Lacking analogous civil society networks, the British have fallen back on the “special relationship”—a concept that is becoming increasingly more tenuous in a post-Obama, post-Trump, and post-Brexit political environment.

Founded in 1836 as an exclusive fraternal organization for Irish-American Catholics, membership in the AOH is confined to “…men 16 years and older who are practicing Roman Catholics of Irish birth or descent and who are citizens of United States of America or who have declared their intentions to become citizens of the United States of America.” Together with its sister organization, the Ladies Ancient Order of Hibernians, the AOH boasts a U.S. membership of approximately 80,000 and a political lobbying operation that spans all 50 states.

In the immediate aftermath of World War I, Irish nationalist Eamon De Valera’s whirlwind U.S. campaign for Irish independence was anchored around a speech to the AOH annual convention in San Francisco in 1919 at a time when the organization boasted of a half million members. In the intervening years, AOH convenings became part of the ritual of Irish political elites’ visits to the United States, with successive Irish political leaders finding a harmony of interests with the AOH on issues such U.S. immigration reform, securing civil rights for Northern Irish Catholics, and support for the Good Friday Agreement.

At critical junctures, the AOH has been willing to further Irish government interests by amplifying its messaging on Northern Ireland. Some insight into the nature of this relationship is provided by Irish government papers, which reveal that former Taoiseach (Prime Minister) Charles J. Haughey met on several occasions in 1982 with AOH leadership figures in the United States. During one such meeting, Haughey was asked “what he would specifically wish the AOH to do in the United States.” In response, he requested that the AOH “counter British propaganda on the North” and “promote support for the policy of the Irish Government.”

At critical junctures, the AOH has been willing to further Irish government interests by amplifying its messaging on Northern Ireland.

The AOH’s lobbying efforts have historically leaned heavily on the ability of urban political machines to place sympathetic Irish-American voices at the center of U.S. government. The power of the Irish-Catholic nexus in U.S. government scaled new heights when the so-called “four horsemen”—Senator Ted Kennedy (D-Massachusetts), House Speaker Tip O’Neill (D-Massachusetts), Senator Daniel Patrick Moynihan (D-New York), and Governor Hugh Carey (D-New York)—used their power to shape U.S. policy on Northern Ireland during the Carter and Reagan administrations. This occasionally brought the “four horsemen” into tension with the AOH, which tended to stake out more bellicose positions on Northern Ireland. The Irish-American-Catholic nexus reached its zenith during the Clinton administration with the signing of the Good Friday Agreement in 1998. In the aftermath, the AOH—and the Irish-American lobby more generally—lost its primary raison d’etre. As John McCarthy, the vice president of Irish-American Democrats, notes: “It’s hard to keep people engaged, when there is nothing going on, nothing to lobby for, there’s nothing to stay politically relevant on.”

The AOH has also struggled to maintain its influence in Congress in the intervening years. The gentrification and diversification of traditional Irish-American urban bases has resulted in the ouster of stalwarts in Congress such as Joe Crowley (D-New York), who was tipped by some as a future Speaker of the House. The traditional Irish-American urban political machines are also seen to be in decline with the failure of former Mayor of Boston Ray Flynn to win his race for Massachusetts’ 8th Congressional District in 1998 and the subsequent demise of the Daley dynasty in Chicago. The ageing of the Irish-American diaspora has compounded this sense of decline with new generations of Irish emigrants more recently choosing to settle in Australia and Canada.

The ageing of the Irish-American diaspora has compounded this sense of decline with new generations of Irish emigrants more recently choosing to settle in Australia and Canada.

The AOH has also grown more distant from the contemporary Irish Catholic mainstream, as the emergence of a more liberal Catholic ethos in Ireland in the 1990s and 2000s has highlighted differences with the more conservative Irish-American Catholic diaspora. The long-standing bonhomie between Irish political elites and the AOH also began to fade incrementally at this time, as visiting Irish politicians occasionally skipped the hitherto almost obligatory meeting with AOH leaders. Notably, former Irish Tánaiste (Deputy Prime Minister) Eamon Gilmore declined to meet with representatives from the AOH in 2013, citing his objection to its organizational gender segregation. However, in the aftermath of Brexit, Taoiseach Leo Varadkar rebuffed requests from progressives to boycott events organized by men-only Irish-American organizations, citing a double standard if diplomats still attended male-only events at the Vatican, in Muslim-majority countries, or as part of LGBTQ engagement.

The relationship between the Irish government and the AOH has been reinvigorated as tensions have grown between the British and Irish governments over Brexit. These tensions revolve over the status of Northern Ireland and, more specifically, the location of border checks between the United Kingdom and the EU. All parties to the Brexit negotiations agreed that protecting the Good Friday Agreement—and peace in Northern Ireland—was a priority. Post-Brexit, this means keeping the land border between the Republic of Ireland (in the EU) and Northern Ireland (in the United Kingdom) open and avoiding new infrastructure like cameras and border posts. However, with the whole island of Ireland no longer part of the EU, a new arrangement became necessary because the EU requires that certain categories of goods be inspected at the point of entry into its single market.

President Biden’s arrival in the United Kingdom will follow a meeting in London between EU and U.K. officials to try to resolve differences over the implementation of the Northern Ireland Protocol, which seeks to avoid the return of a hard border in Ireland. In April 2021, political frustration led to a surge in street violence, with loyalist groups describing the situation as “probably the most dangerous for many years” and warning of the prospect of more violence. Unionists have urged the U.K. government to invoke Article 16 of the protocol, which provides a mechanism to suspend any part of the agreement that causes “economic, societal or environmental difficulties.” For its part, the EU’s position is that the United Kingdom has been slow-walking the implementation of the Northern Ireland Protocol.

The AOH and Post-Brexit Ireland

The AOH sees its stateside efforts in defense of the Northern Ireland Protocol and the Good Friday Agreement as being informed by a Catholic ethic of social justice. Remobilizing its lobbying network, in conjunction with other Irish-American groups and the bipartisan Friends of Ireland Caucus in Congress, the AOH has made the defense of the Good Friday Agreement its number one priority. Its tactics have involved appeals to justice, fairness, and the need to uphold and respect international agreements. These are effective appeals in the current political environment. House Majority Leader Nancy Pelosi and Richard Neal, chair of the House Ways and Means Committee and co-chair of the Friends of Ireland Caucus, have both made it clear that a U.S.-U.K. trade deal—a priority for the government of Prime Minister Boris Johnson—would be a non-starter in the face of any threat posed by Brexit to the Good Friday Agreement.

The AOH sees its stateside efforts in defense of the Northern Ireland Protocol and the Good Friday Agreement as being informed by a Catholic ethic of social justice.

It’s significant that the reinvigoration of the Irish government-AOH relationship comes in the context of a U.S. administration where the president, himself a former member of the Friends of Ireland Caucus, identifies strongly with both his Irish ethnicity and his Catholic faith. President Biden’s admiration for French Catholic philosopher Jacques Maritain reflects a brand of liberal Catholicism that resonates with contemporary Irish political elites. Both Biden and contemporary Irish leaders are also relatively comfortable in departing from Catholic orthodoxy on social issues such as abortion and LGBTQ rights. While the AOH aligns with a more conservative strain of Catholicism, its lobbying on Northern Ireland has benefitted from a trickle-down effect that it attributes to the strength of Biden’s dual Irish and Catholic identities. This nexus provides the Irish government with a significant political opportunity in the face of Brexit-related challenges—one that it has already seized upon with considerable success.

More recently, the AOH has joined calls for a referendum on formal Irish reunification, once again staking out a position that is exceedingly popular across the Irish-American diaspora but goes beyond that advocated by the Irish government, which prefers a more incremental and consensual approach. In this sense, the AOH may provide the Irish government with a positive “radical flank effect.” In other words, to the extent that the AOH stakes out more bellicose positions, it may provide some political cover for the Irish government by shifting the boundaries of discourse.