The Serbian Orthodox Church and the 2020 Montenegro Elections

The August 2020 elections in Montenegro produced one clear winner: the Serbian Orthodox Church (SOC). Between December 2019 and the elections in August 2020, the SOC led the protests against the then government of Milo Đukanović. The demonstrations were spawned by the controversial Law on Freedom of Religion that was passed in December 2019. The law aimed at appropriating some of the SOC property which the government claimed rightfully belonged to either the government or the Montenegro Orthodox Church (MOC). The MOC tried to establish itself as an autocephalous—self-governing and independent—church within the Eastern Orthodox churches. However, it is not recognized by the Ecumenical Patriarch in Istanbul. The SOC called the Serbs of Montenegro, who constitute almost 30% of the population according to the 2011 census, to public demonstrations. These protests were expressed as public liturgies (litija) and processions in major Montenegrin cities and towns. Both the Serbian government—as well as the government of Republika Srpska, the Serb-dominated entity in Bosnia and Herzegovina—supported the demonstrations.

Đukanović saw the law as a way to strengthen the Montenegro Orthodox Church and reduce the influence of the SOC. He badly miscalculated. The SOC mobilized its clergy and the faithful, thus strengthening the opposition to Đukanović. When the election results were announced, it became clear that Đukanović had no way to form the majority. Instead, three different coalitions came together to form the new government. The Serb-based political parties were the backbone of the new coalition, but they could not achieve a majority without the support of the Black on White coalition, led by an ethnic Albanian, Dritan Abazović. Eventually, the SOC emerged as a kingmaker of the new government. In an unprecedented move, Amfilohije Radović, the metropolitan bishop and the de facto head of the SOC in Montenegro, met with the leaders of the three coalitions. The meeting took place at the historic Ostrog Monastery. Many saw this as the SOC’s direct involvement in governmental affairs. Regardless of how the coalition talks will end, it is clear that the SOC will have emerged as possibly the most powerful institution in Montenegro. How did this happen, and what are the sources of the SOC’s soft power?

Throughout its history, the Serbian Orthodox Church served the self-appointed role of a protector of true Christianity and as a gathering point for the Serbs of the Balkans. Its formation is usually dated to 1219 when St. Sava (Rastko Nemanjić) was consecrated as an autocephalous bishop within Byzantium. Autocephaly here refers to an autonomous status within Eastern Orthodox churches, who are all coequals and headed by the Ecumenical Patriarch of Constantinople. Istanbul is still the seat of the Eastern Orthodox churches.

Scholar Sabrina Ramet identified three main characteristics of the Orthodox churches in Southeastern Europe: “conservatism, intolerance (extending to both religious intolerance and homophobia), and nationalism” [1]. The SOC adds to these a strong anti-Westernism, which only increased after the NATO interventions against Serbia and the Bosnian Serbs in the conflicts of aggression against Bosnia-Herzegovina and Kosovo during the 1990s.

The SOC is based on three pillars that form its identity, shape its orientation, and generally inform its decision-making. These are (1) the cult of St. Sava (Svetosavlje); (2) the myth of Kosovo; and (3) Christoslavism.

The cult of St. Sava is the cornerstone of the SOC on which all other elements of its faith, ideology, and national orientation are built. St. Sava is venerated in Serbian society not only as the founder of the SOC but as a progenitor of the Serbian nation. He united the “national church,” based it on “people’s language” (Serbian, not Greek), established the Serbian monarchical dynasty, and was hailed as an educator and an enlightener. In short, Serbian nationalism owes its existence to St. Sava [2].

The Kosovo myth stems from the famous Kosovo Battle in 1389. For the Ottomans, this battle was just one in the series of battles that allowed them to penetrate the Balkans. For the Serbs, the story grew to mythic proportions in the nineteenth century as modern Serbian nationalism got consolidated. In this myth, the Serbian leader, Lazar, accepts his martyrdom against the Turks, thus choosing the heavenly kingdom over the earthly one [3]. For this reason, modern Serbian nationalism deems Kosovo “the cradle of the Serbian civilization” and finds it impossible to accept Kosovo’s independence.

Finally, Christoslavism refers to “the premise that Slavs are by essence Christian and that conversion to another religion is a betrayal of the people or race” [4]. This, together with the Kosovo myth, explains a strong anti-Muslim sentiment within the SOC, which often morphs into an outright Islamophobia. For the SOC, Slavic Muslims (such as the Bosniaks) are traitors to their true faith and identity, and—as apostates—they are fair game.

The Greater Serbia ideology, the notion that all Serbs should live in one state, goes back to Ilija Garašanin’s (d.1874) famous pamphlet, Načertanije (The Draft), written in 1844. This ideology was revived in the infamous Memorandum of the Serbian Academy of Sciences and Arts, published in 1986. It set in motion the Serbian expansionist nationalism, which culminated in the 1990s in the Serbian/Yugoslav aggression against Slovenia, Croatia, Bosnia and Herzegovina, and Kosovo. The SOC played a crucial role in the nationalist mobilization of the Serbs in Yugoslavia from the early 1980s. It revived the Kosovo myth, created a discourse on Serb victimhood in Slovenia and Croatia, portrayed Balkan Muslims as infidels, and “conflated Orthodoxy with Serbian national identity” [5]. SOC priests regularly blessed the Serb soldiers during the conflicts of aggression in the 1990s, most infamously just before the genocidal operation in and around Srebrenica, Bosnia [6].

The SOC has a special place among the Serbian populations of Southeastern Europe. It is the only transnational institution that crosses national boundaries and ensures the unified identity of the Serbs in various post-Yugoslav nations. The primary tool of its soft power is its churches, eparchies, and monasteries. They provide religious instruction and services, and they are often pilgrimage sites for the faithful. Religious instruction was introduced in Serbian schools in 2001. The military units have chaplains and patron saints, as do municipalities, schools, and cities (including in the Republika Srpska entity in Bosnia and Herzegovina) [7]. SOC priests are habitually present at various public events, offering blessings and prayers. Finally, the diasporic communities in North America, Europe, and Australia provide a strong connection to Serbian identity and contribute financially to the SOC and Serbia through remittances.

The Montenegro Elections of 2020

The elections need to be understood against the historical backdrop above. With the dissolution of Yugoslavia, Serbia and Montenegro attempted to retain its name by proclaiming a federation. In 2006, Montenegro held a referendum which resulted in its independence. This event finally ended the existence of Yugoslavia. The former prime minister and president Milo Đukanović has been in power since 1991, with minor interruptions. Initially aligned with the Serbian strongman, Slobodan Milošević, Đukanović started charting a more independent path after 1996. He eventually advocated for Montenegro's independence and successfully navigated its accession to NATO in 2017. All the while, however, he was well known for corruption and connections to organized crime.

After the Law on Religious Freedom passed in parliament in December 2019, the SOC rightly interpreted it as an attack on its independence, financial freedom, and standing in Montenegrin society. It called the population to demonstrate against what it perceived as an unjust law that specifically targeted its institutions. What started as an opposition against the law morphed into a protest against the government. As 2020 was an election year, the demonstrations strengthened the opposition to Đukanović. SOC priests led the public liturgies, which included prayers, public processions, and largely peaceful demonstrations against the law. Soon, there were similar public liturgies and gatherings in cities across Montenegro, Serbia, and Bosnia and Herzegovina. The SOC proved to be a formidable opponent to Đukanović's government and a powerful transnational political factor. When the COVID-19 pandemic limited public gatherings, the demonstrators resorted to auto litije (car processions). At other times, they simply ignored regulations that limited public gatherings to 200 people.

While these processions were largely peaceful, some ethnic Serb lawmakers issued warnings to the Bosniak Muslim population of Montenegro. Muslims constitute close to 20% of the Montenegro population, almost half of whom are the Bosniaks (the rest are Albanians and other Muslim minorities). Andrija Mandić, president of the Democratic Front, issued a warning to the Bosniaks not to vote for the law in parliament in December 2019: “If you come after our church, we will come after your homes.” After the election results were announced, vandals and hooligans sprayed some Bosniak Muslim homes and the building of the official Islamic Community of Montenegro with threatening messages. One such message read, “The blackbird has taken off, Pljevlja will be Srebrenica,” recalling the Srebrenica genocide against the Bosniaks. Pljevlja is a majority-Serb city in Montenegro, with a small Bosniak Muslim population.

The Role of the Metropolitan Bishop

Such Islamophobic rhetoric comes from the very top of the SOC in Montenegro. Metropolitan Bishop Amfilohije Radović is known for his anti-Muslim statements and his support of hardcore Serbian nationalists. When the leader of the Bosnian Serbs, Radovan Karadžić (himself of Montenegrin descent), fled Bosnia after the war because he was indicted for war crimes, many suspected he was kept in hiding by the Serbian Orthodox Church and its priests. Years later, Amfilohije, as he is known in the media, confirmed that he offered shelter to Karadžić. It is not clear if the latter accepted the offer.

A video that was produced by the opponents of Amfilohije compiled many of his statements in which he disputed Montenegro's independence, offered curses against those who oppose Russia, and uttered Islamophobic remarks against Muslims. The statements are very clear, and they can't be attributed to editing. There are many of his video interviews on YouTube which confirm the same message, time and again. Amfilohije opposes the current Montenegrin independence, questions Montenegro's statehood, supports the Kosovo myth, and calls the genocide in Srebrenica an act of revenge against the Bosniaks. Many of his statements are indisputably political and have very little to do with religion. He could be considered the biggest promoter of the Greater Serbia ideology in Montenegro.

Having emerged as the winner in the elections, the SOC feels emboldened as evidenced by Amfilohije's hosting of the leaders of the winning coalitions. Given the recent history in the former Yugoslavia, it is to be expected that the SOC will continue to be a major player on the political scene of several post-Yugoslav nations. 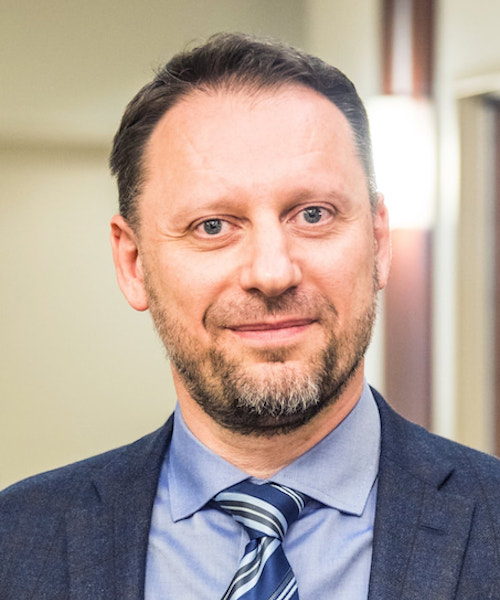 Ermin Sinanović is executive director of the Center for Islam in the Contemporary World (CICW) at Shenandoah University, where he is also a scholar in residence. He writes on religion and politics in the Balkans and Southeast Asia, as well as on Islam and politics. Follow his Twitter @SinanovicErmin.