The policy trajectories of Qatar and Abu Dhabi (in the United Arab Emirates) illustrate how elites in two outwardly quite similar, energy-rich emirates in the Persian Gulf have come to instrumentalize religion in security and geopolitical discourse in radically different ways. This essay examines how and why the interplay of domestic and foreign policy factors over the past quarter century has produced such different outcomes in practice. It argues that religion has been deployed in support of objectives that are fundamentally political in nature and rooted in diverging considerations of regime security, threat perceptions, and regional stability. These different conceptions, in turn, have revolved around clashing “visions” of the sustainability or otherwise of a regional status quo that became unbridgeable after the Arab uprisings of 2011.

​Geopolitical Balance on the Persian Gulf

Qatar and Abu Dhabi emerged as two of the most prominent actors that filled a vacuum in regional leadership caused by the weakness of “traditional” power centers in the Middle East, such as Cairo, Damascus, and Baghdad. Powered by abundant energy reserves—oil in Abu Dhabi’s case and natural gas in Qatar’s—and the rise to decision-making authority of an assertive new generation of younger leadership in the 1990s and 2000s, officials both in Qatar and the UAE sought to move beyond the shadow of Saudi influence on the newly independent smaller states on the Arabian Peninsula. This was in part a result of the lessons learned from the Iraqi invasion of Kuwait in 1990, which demonstrated the security vulnerability of small states surrounded by larger and more conventionally powerful neighbors.

Both states coexisted warily with Saudi Arabia in the 1990s and 2000s, exemplified by Saudi opposition to the construction of a gas pipeline from Qatar to Abu Dhabi, which was eventually built, and to the building of a causeway that would link the two states by road, which was successfully blocked. Skirmishes on the Qatar-Saudi border occurred in 1992 and 1994, while persistent tension over aspects of the Saudi-Emirati boundary continued into the 2000s and culminated in a short but sharp naval clash in March 2010. With Abu Dhabi responding angrily to a May 2009 decision to site the central bank of a proposed Gulf monetary union in Riyadh, and withdrawing the UAE from the planned single currency, the subsequent realignment in Gulf politics after the Arab Spring was neither inevitable nor predictable prior to 2011.

The treatment of the Qatar-based, Egyptian-born cleric Yusuf al-Qaradawi provides an example of the fluidity of interests in response to broader changes in geopolitical circumstances. Since 2011, al-Qaradawi has been labeled by officials and media in the UAE (and Saudi Arabia) an extremist and a “hate preacher” whose presence in Doha has become shorthand for the perceived nexus between Qatar and the Muslim Brotherhood that Abu Dhabi has come to view as its most serious threat to regional stability. And yet, in 2000, al-Qaradawi had been named “Islamic Personality of the Year” at an awards ceremony in Dubai, with video footage from the event showing Dubai’s (current) ruler, Sheikh Mohammed bin Rashid Al Maktoum, telling al-Qaradawi that “We salute you for your Islamic knowledge (…) please advise us rulers.”

​Responding to the Arab Spring

Between 2011 and 2013, the different policy responses from Doha and Abu Dhabi to the Arab uprisings reshaped the contours of Gulf and wider regional politics and contributed to the redrawing of threat perceptions around a loosely pro/anti “status quo” axis. After a cautious beginning, the Qatari leadership provided support and a platform, especially through Al Jazeera, and geopolitical weight to individuals and groups who were challenging status quo authoritarian leaders in North Africa and Syria. Many of the figures Qatar supported in the uprisings had spent periods of exile in Doha and many, but not all, were Islamist in nature or associated with the Muslim Brotherhood or its regionwide offshoots.

In the UAE, by contrast, the leadership in Abu Dhabi securitized what it saw as an existential threat to national and regional stability from political Islam, especially after Emirati Islamists were prominent signatories of a March 2011 petition for modest political reform in the UAE, intervened assertively to counter Islamist gains across the Middle East and North Africa, and over time promoted an international narrative of religious tolerance and interfaith dialogue that was increasingly at odds with UAE interventions in regional affairs such as in Yemen and in Libya. In December 2019, for example, the annual Abu Dhabi-hosted Assembly of the Forum for Promoting Peace in Muslim Societies drew up a “New Alliance of Virtue” that affirmed the shared values of the three Abrahamic faiths and enshrined those values in a charter based on tolerance and religious freedom. However, a reference to the right of people to practice their faith without fear of persecution that appeared in the original text of the charter was absent from the version published on the New Alliance of Virtue website.

Egypt between 2011 and 2013 became a microcosm of the practical and policy implications of Qatar and Abu Dhabi’s different responses to the Arab uprisings as they backed different sides in the post-Mubarak maelstrom of Egyptian politics. The Egyptian example highlights how Gulf actors were not impartial actors that did not take sides in choosing how and who to support. Not only was the financial assistance offered first to the Muslim Brotherhood presidency of Mohammed Morsi (by Qatar) and then to the military-led restoration of General, later President, Sisi (by the UAE and Saudi Arabia also) larger than that from international agencies and with fewer conditions attached, but it also was indelibly linked to political currents rather than tied to outcomes such as reforms to governance or improvements in transparency.

Although religion came to symbolize the crux of the policy disagreement between Qatar and the UAE, their different responses to the Arab Spring highlighted how the leaderships in Doha and Abu Dhabi instrumentalized religion in support of quite different political and geopolitical ends. For Qatar, religion was one tool of soft power that, intertwined with another—Al Jazeera, following its 1996 creation—advanced the tone, content, spread, and reach of narratives about regional and international affairs. That many of the journalists and producers at Al Jazeera were expatriate Arabs, some with Islamist sympathies, meant that the channel became a lightning rod for pushback by regional governments who assumed that Qatari funding for Al Jazeera equated to editorial control over and endorsement for its output.

In Abu Dhabi, by contrast, Crown Prince Mohammed bin Zayed became convinced that Islamists, in the UAE and around the region, presented a potentially existential threat to the status quo should they be given a political opening, as, from his perspective, had happened in North Africa in 2011. This threat perception was rooted in a sense of vulnerability that the five “Northern Emirates” of the UAE, away from the glitz and the glamor of Abu Dhabi and Dubai, presented a “hinterland” for potential mobilization around a set of narratives (and economic inequalities) that Islamist groups might exploit. In 2011, the fact that Emirati Islamists were among the petitioners for modest political reform was used to build a counter-narrative that the UAE faced a threat to national security from a movement supported by foreign organizations with transnational goals.

Aimed at both internal and international audiences, a key element of the Emirati religious messaging was the adoption and instrumentalization of clerical narratives that emphasized politically quietist forms of Islam that contrasted explicitly with al-Qaradawi and the brand of political Islam associated with Qatar. The patronage extended to major neotraditional Sufi scholars such as the Saudi-born Sheikh Al-Habib Ali al-Jifri, the founder of the Tabah Foundation in Abu Dhabi, and the Mauritanian Sheikh Abdullah bin Bayyah, the founder of the UAE-based Forum for Promoting Peace in Muslim Societies, has allowed Abu Dhabi to promote a narrative of an apolitical and peaceful Islam that speaks to and resonates strongly in Western security-focused circles. These clerics have provided religious “legitimacy” to UAE messaging, as in a 2017 open letter to Christian churches signed by 138 Muslim scholars launched by al-Jifri, and to Emirati decision-making, as when the Emirates Fatwa Council—chaired by bin Bayyah—endorsed and praised the UAE-Israel agreement to normalize relations in August 2020.

Nearly a decade on from 2011, the legacy of the Arab Spring continues therefore to cast long shadows across much of the Middle East and North Africa, including in the Gulf, which may, with the exception of Bahrain, have escaped widespread unrest but has been riven by the dispute between Abu Dhabi and Qatar. In 2014, and again since 2017, Abu Dhabi has joined with Saudi Arabia and Bahrain in an attempted power play seemingly intended to ensure that Qatar never again could exert such influence over regional affairs. Throughout the dispute, religion has been used for political and geopolitical ends, not least in the Emirati and Saudi designation of the Muslim Brotherhood and affiliate organizations and individuals as terrorists in 2014, as the definition of who is an “extremist” in Emirati (and Saudi) eyes has been used to try and delegitimize Qatar and Qatari-supported interests, using “red-button” labels like “terrorism” aimed at influencing a Western audience. 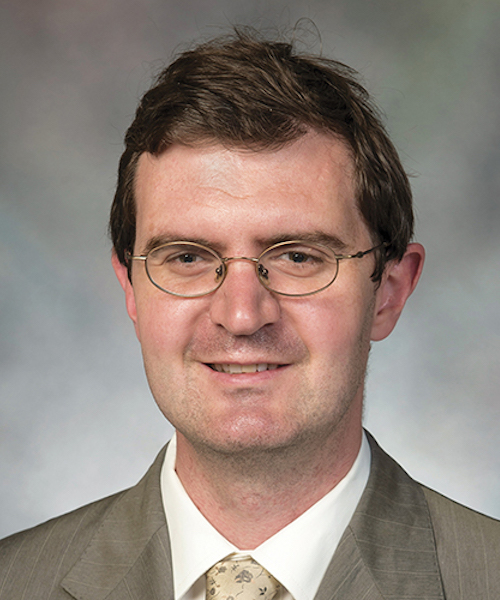 Kristian Coates Ulrichsen is a fellow for the Middle East at the Baker Institute for Public Policy, Rice University. His research examines the changing position of Persian Gulf states in the global order, as well as the emergence of non-military challenges to regional security. Coates Ulrichsen is author of Qatar and the Arab Spring and Qatar and the Gulf Crisis: A Study of Resilience, among other books.