Beyond Conquest Narratives: Hagia Sophia, Past and Present

Hagia Sophia: From Museum to Mosque

The first khutbah in Hagia Sophia after 86 years was read by Ali Erbaş, head of the Directorate of Religious Affairs, on July 24, 2020. Erbaş ascended the minbar decorated with green standards, holding a sword, two insignia signifying that a mosque is a space not only for the connection between believers and God, but also believers and political authority. Contrary to common belief, in the Ottoman context the sword was not the symbol of conquest, but rather of the ruler. Still, both for those who advocated for the conversion of Hagia Sophia into a mosque and those who opposed this change, this first Friday prayer signifies a reconquest.

The conversion of Hagia Sophia into a mosque has been on the political agenda of Islamist and conservative nationalists in Turkey at least since the 1950s. It was President Recep Tayyip Erdoğan who decided on the conversion of the monument from museum back to mosque, as he had promised during his tenure as the first Islamist mayor of Istanbul in the 1990s. To some of his followers, Erdoğan is the second conqueror of the city, after Ottoman Sultan Mehmed II. This belief requires creative interpretation of Quran passage 34: 15, baldatun tayyibatun wa rabbun ghafurun (literally translated, “a fair land and an indulgent lord”). In the Erdoğanist interpretation, the verse alludes to Mr. Erdoğan himself, by way of his middle name, Tayyip, and the “fair land” is Istanbul, helped by the fact that the numeric values (abjad) of the two words’ Arabic letters conveniently add up to 857, the year of the Ottoman conquest of Constantinople in the Islamic calendar.

Given these promises and narratives, why did Erdoğan wait for so many years to make this decision? What does he expect from this move, for his domestic and foreign policy? Would it help him solve the political crisis caused by his diminishing popularity, especially among youth and women? Although this is clearly Erdogan’s decision, why did he prefer that this political move be covered by a legal ruling by the Council of State, instead of a presidential decree? These are important questions, but in this essay, we would like to divert the conversation and discuss how the conquest narrative, which is shared by those who oppose and support the decision, does not do justice to Hagia Sophia and its architecturally, spiritually, and emotionally charged history.

We think that both supporters and opponents of the decision in Turkey, the United States, and Europe share a narrative of conquest, based on an Ottoman/Byzantine, mosque/church, Muslim/Christian, and secularism/Islamism binary. Those who oppose the decision often focus on the building as a Christian monument, which was converted into a mosque by the Ottomans as a result of conquest in 1453, into a museum by Atatürk in 1934, as a result of his secular policies, and now back into a mosque by an Islamist and populist leader. This narrative emphasizes how a Christian monument survived in a Muslim context, from the Ottoman Empire to secular Turkey or today’s new regime. Those who are in favor of the decision, namely conservative Muslims in Turkey and some other Muslim countries, as well as Turkish nationalists, also focus on the Ottoman conquest of Constantinople as the legitimizing factor. They see the 1934 decision as an unnecessary concession to the West, which deeply hurt pious Muslims. The recent decision also argues that because Hagia Sophia was part of Mehmed II’s endowment (waqf), its status as mosque could not possibly have been removed, effectively rendering the 1934 decision illegal. (The larger implications of this discussion for the status of former waqf property in Turkey are potentially extensive.)

First, we would like to suggest that in 1934, the Turkish government’s decision to transform the building into a museum was much more than a gesture to the West. Reading reactions of the time, one can see that the decision expressed the republican regime’s search for a new engagement with the Ottoman and Byzantine pasts and the cultural heritage of Istanbul and Turkey. Obviously, this decision could only have been made in a political environment promoting secular policies; however, by converting Hagia Sophia into a museum, the republican regime intended to make a historical claim to all layers of the Turkish past: Ottoman, Byzantine, Roman, and earlier. (In this regard, as we will see, this claim is not very different from the Ottoman claim to Hagia Sophia.) It is also noteworthy that some secular intellectuals of the time opposed this decision, on the basis that an active religious monument would better represent this complex history than a museum devoid of spiritual identity.

Secondly, the conquest narrative does not appreciate the complex history of Ottoman Hagia Sophia. It omits two crucial aspects of the Ottomans’ engagement with the monument. The first is the fact that Hagia Sophia took on a rich symbolism in Ottoman historical imagination, along with the Roman Empire. The Ottomans did not share a conquest obsession with modern Ottoman-romantics. The second is the Ottomans’ centuries-long stewardship of the building, with multiple restorations to ensure its structural integrity. These interventions were not only due to the fact that Hagia Sophia served as a mosque and was part of a royal Ottoman endowment, hence deserving upkeep, but also closely connected to the central role that the building played in the ways in which the Ottomans framed their own past, and that of their imperial city. Hagia Sophia became the model of imperial mosque architecture from the late-fifteenth century onwards.

Despite these complex realities, many reactions to the removal of Hagia Sophia’s museum status latch on to the fact that its Byzantine mosaics will be covered up during prayers. In several venues, it was wrongly stated that this decision mirrored a covering of the mosaics at Mehmed II’s initiative. However, as Cyril Mango and Gülru Necipoğlu have demonstrated, the Christian mosaics remained on view in the fifteenth and sixteenth centuries. Only beginning in the seventeenth century were they partially covered, but drawings dating to the early eighteenth century show that some mosaics remained visible. Thus, Ottoman intervention was gradual, and not tied to a single act of religiously motivated iconoclasm. In this respect, we must note that most of the current mosaics postdate Byzantine iconoclasm in the eighth and ninth centuries, when representations of Jesus Christ in human form caused intense theological debate and the destruction of images. For these reasons, a narrative that equates Ottoman approaches to Hagia Sophia with iconophobia and iconoclasm is incorrect, and marked by Islamophobia and Orientalism.

Such disinformation can be addressed by fostering the study of Byzantine and Ottoman art history and archaeology within Turkey on equal footing, and by public-facing scholarship. Hagia Sophia is a site that lends itself to such public-facing and educational displays. We strongly believe that Hagia Sophia should have remained a museum, the function that best allowed for access without restrictions based on religion and gender, and for future preservation work. However, it is also true that the museum did not quite do justice to the site. Museological innovation was largely absent. Throngs of tourists produced levels of noise that made it impossible to experience Hagia Sophia’s sophisticated acoustics. We argue that a more innovative presentation of Hagia Sophia’s long past, taking into account its entire history, with all its functions, is possible within the mosque. Information displayed on interactive screens could be updated periodically with the results of new research. These screens could easily be turned off during prayer times, at least within the central space and galleries (where women have been relegated for their prayers, in a striking reversal to Byzantine, rather than Ottoman practice). While the current political climate in Turkey is unlikely to allow for such a museification of the mosque space, the future will hopefully bring opportunities for collaborations of Turkish and international scholars and preservation experts to these aims.

​Editor's Note: This post was subsequently translated into Turkish by Tarkan Tufan and published on the Dünya Forum of Gazete Duvar on July 30, 2020. 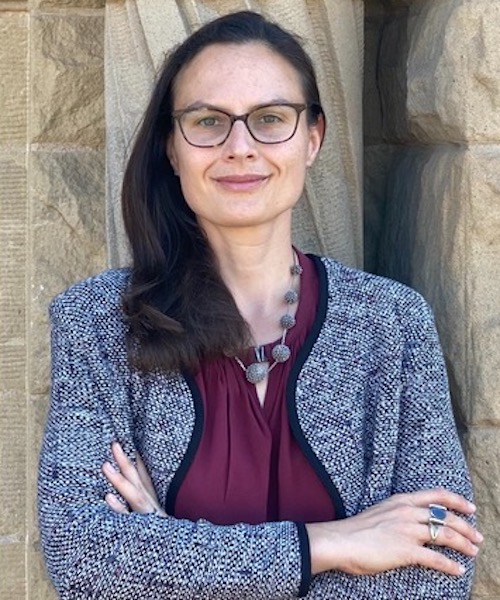 Patricia Blessing is an assistant professor of Islamic art history in the Department of Art and Archaeology at Princeton University. She is the author of Rebuilding Anatolia after the Mongol Conquest: Islamic Architecture in the Lands of Rūm, 1240–1330 and co-editor, with Rachel Goshgarian, of Architecture and Landscape in Medieval Anatolia, 1100–1500. 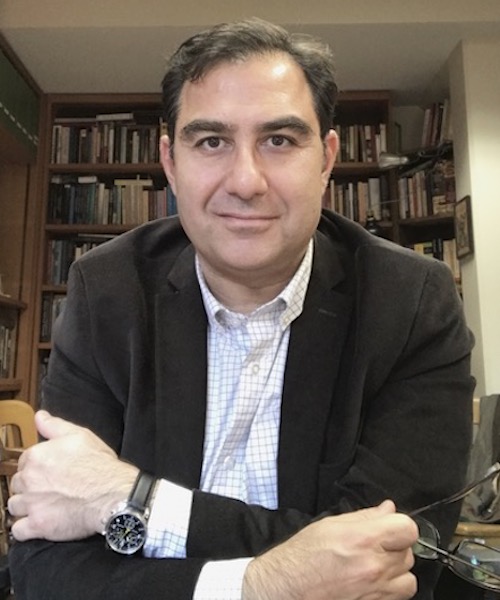 Ali Yaycıoğlu is an associate professor of Ottoman and Turkish history at Stanford University. His research centers on economic, political, and legal institutions and practices, as well as social and cultural life in southeastern Europe and the Middle East during the Ottoman Empire. Yaycıoğlu is the author of Partners of the Empire: Crisis of the Ottoman Order in the Age of Revolutions.

A Nation in Fight with Itself: The Hagia Sophia between Ideas and Elites
Sinem Adar

Does Re-Converting Hagia Sophia into a Mosque Violate Secularism in Turkey?
Umut Azak

Historical Re-Enactment in the Conversion of Hagia Sophia
Ömür Harmanşah

History and Boundary-Building at the Hagia Sophia
Belgin Turan Özkaya

Is the Conversion of Hagia Sophia Into a Mosque an Islamic Act?
Yasir Yılmaz

Why is Hagia Sophia's (Re)Conversion into a Mosque Bad for Muslims?
Ramazan Kılınç

Erdoğan and the Hagia Sophia: Nostalgia for the Ottoman Empire
M. Hakan Yavuz