Christianity in the Digital Age: From Mastering New Tools to Understanding Emerging Cultures

Responding to: Faith Communities and Technology 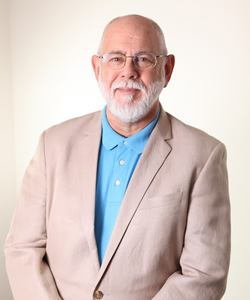 Christians, and other religious communities, have long adapted to changes in media technologies. The emergence of writing, the move from scroll to codex, the printing press, the spread of literacy, the development of electronic media (radio, telephone, film, and television), and the subsequent rise of digital communication (social media, websites, digital publishing) provide obvious examples. Yet, it distorts the history of religion and media to simply note that religious figures adopt new ways of expressing themselves. They also resist media change, or alternatively, they adopt new forms of media which they imagine as mere containers for unchanging messages that support unchanging religious practice. These anxieties and simplifications must be examined, for new media cultures encourage new ways of understanding ourselves and support particular forms of religious practice while making others seem less “natural.”

Resistance to new media and its power is long established. Jeremiah (chapter 36) reports that the prophet adopted the new form of the scroll to send a word of the Lord to King Jehoiakim, and that the king responds by feeding the scroll into the fire. Tom Boomershine describes this as the first recorded act of religious resistance to new media and its power. Judaism was formed in the era of scroll, and the Torah as scroll has a ritual function not replaced by the codex, in which pages are bound between covers. Christians have also thought that the sacrality of the word is tied to its form. The early church embraced the codex, the new media of its day, and later Christians wondered whether the word of God and the mission of the church were well served by changes to that form. Printing made it possible to put vernacular translations of the Bible into the hands of lay people and required the church to ponder the implications of this change. We saw similar struggles in explorations of whether the word of God could be expressed through film and television, in debates about the value and challenges of Bible apps, and in discussions of whether Christian community can be sustained in digital spaces and through social media.

While some Christians distrust new media, others embrace media change without considering the way that their faith claims and practices will change in new media cultures. They imagine new media as the arrival of increasingly sophisticated amplifiers allowing an unchanging message to reach ever larger and more distant audiences. But in fact, different media make possible quite different ways of thinking and relating. We might tease this out by exploring the complicated relationships between publishing, literacy, and the rise of modern understanding of the individual. Print didn’t simply put the scriptures in more people’s hands. Learning to read gave them a new relationship to scripture, increasing the likelihood that they experienced themselves as interpreters of the word. Similarly, in the era of televangelism some Christians embraced the technology, and the genre of the television talk show, without understanding the ways they would be drawn into the patterns and excesses of celebrity culture.

Today Christians are living into digital culture. It won’t be adequate to either resist it as incapable of supporting authentic Christian life or to embrace it without considering the changes it brings in Christian identity and community. Consider three factors of digital culture. First, it assumes that communications are two-way. Whether one blogs, tweets, or posts sermons, digital culture assumes that the post is the beginning of a conversation in which it is possible for others to respond, and assumes that the original poster is listening. Second, this and other factors flatten authority. Faith leaders create contexts for meaningful conversation, they can help the community draw on its heritage, but pronouncement is ineffective in this culture. As I have argued elsewhere, more significant than digital technology is what I call the digital metaphor. Digital texts, images, and soundscapes are created from pixels. The pixels can be rearranged; they are subject to ongoing editing and repurposing. Through this metaphor, people think of themselves, their religious identity, their theologies, and the church itself as under constant formation and reformation. It won’t matter if church hierarchies adopt the tools of digital communication if they fail to understand the digital culture in which they seek to practice faithfully and effectively. 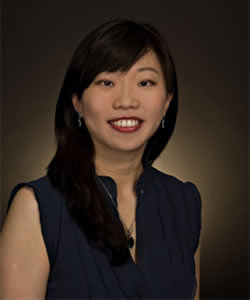