Church and Religious Communities, Together with Indigenous People, Answer the Plea for the Protection of the Amazon Rainforests

A plea runs throughout the world. It is the outraged voice of its inhabitants considering the forest fires in the Amazon. Never before had the timeless value of protecting nature reached such a large audience, who questioned the inaptitude of the region’s current leaders to prevent and control their activism. Young people were the main motor of this spontaneous environmental movement of universal character. They will be the primary leaders in times to come.

However, this emotional force that moves us requires ethical and spiritual support to nurture and maintain our bond with nature. It also needs conceptual support to explain why and how we should respond to the growing models of deforestation threatening the main source of oxygen and climate stability for the world—the tropical rainforests. One of the most beautiful and solid answers to this need has been the formation of the Interfaith Rainforest Initiative (IRI), a new actor in civil society with a sacred mission of caring for creation and a specialization in the spiritual and emotional connections between human beings and nature.

IRI represents the transcendence of the interreligious action generated in Colombia from diverse paths of faith: Catholic, Protestant, Orthodox and Muslim communities, and multiple faith-driven organizations, who are willing to listen to nature’s claims, to protect it against the excesses of a civilization which every day becomes more irrational and insensitive. This effort is founded in a shared millennial acknowledgement that tropical rainforests are a blessing, a wonderful gift, and a sacred trust. All faith communities must take a step forward to defend the rainforests, using their ethical knowledge and ability to call on people of faith in order to inspire the rest of society.

The Interfaith Rainforest Initiative (IRI) was launched in Colombia last November, under the leadership of the UN Environmental Program and Religions for Peace. The necessity of coming together to find sustainable solutions, plus the indissoluble link between protecting rainforests and the rights of indigenous peoples, has led IRI partners to support efforts to recover the knowledge of indigenous peoples—to learn about the spiritual connection, born and developed within an ancestral coexistence, between indigenous communities and the tropical forests. This theme is wisely described in the final document of the Amazonia Synod, held recently at the Vatican.

What began as a fraternal launch of the Interfaith Rainforest Initiative at the Pontifical Javeriana University in Bogotá last November now counts a National Advisory Council and local advisory councils in the four key municipalities around the country, selected on account of their high deforestation rates. Through this initiative, leaders from a wide array of religious and indigenous communities have come together to actively discuss the environmental crisis.

The local strategy has focused on three simple goals: 1) to train local leaders so they can become trainers themselves; 2) to advocate for changes in national and local policies directed to protect the Amazon rainforest; 3) and to call the business sector to shift from destructive processes to those which promote the wellbeing of all in the Amazon.

The challenge for this interreligious alliance, together with indigenous people, is huge, given the characteristics of today’s deforesting agents: middle and large farmers with lands destined to agroindustry crops; mid-sized and large mining companies (legal, illegal, and criminal) focused on gold extraction and coltan, which contaminate water bodies that irrigate Amazonian forests and poison their inhabitants with mercury and cyanide; and residual armed factions tied to drug trafficking, who cut forests to reproduce their business and amass rentier power. Only in the last decade, the world has lost an area of forest as big as Colombia.

This phenomenon grew even worse after the signing of Colombia’s Final Peace Accord. Although the document ended the control and interest of the armed insurgency over forests, it was not replaced by the state in a timely manner, paradoxically leading to an increase in deforestation.

From this stems the importance of the Interfaith Rainforest Initiative, which unites people from all beliefs to end deforestation; to learn from indigenous peoples; and to support the decisions of restorative justice led by the Constitutional Court and Supreme Justice Court, which declared Colombia’s rivers and Amazonia forests as subjects of law with the right to be protected by the state and local communities. This joint effort, never seen before, in defense of our Common Home, Mother Earth, allows for the increase of collective consciousness and sensibility in the face of deforesting actions that generate climate change, in both local and national levels. IRI represents a concrete and integral expression that allows universal outrage to continue against human-led actions that have caused forest fires in the Amazon.

The transcendent achievements that the Amazonia Synod has announced in defense of its forests and ancestral inhabitants are articulated and multiplied with this charismatic interreligious task for the care of Creation, where tropical forests are an irreplaceable value for life in all shapes.

The clamor that is born from what is most spiritual and human in people’s hearts now joins together with the jaguar’s roar and the anaconda’s hiss appealing to ethical and religious principles to hold accountable all responsible authorities. 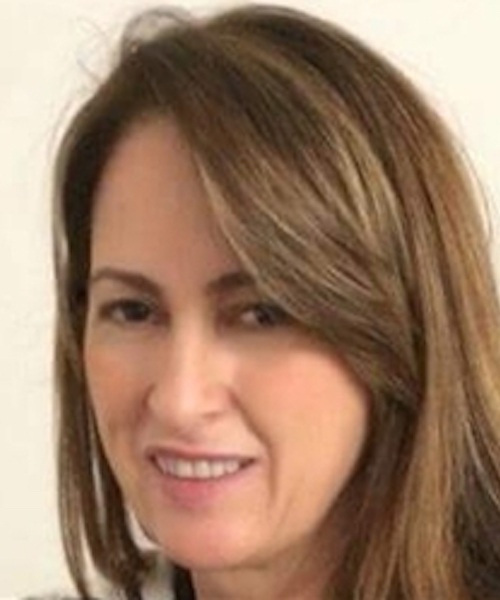 Blanca Lucía Echeverry Bedoya, a lawyer by profession, is an advisor to the Inter-Religious Council of Colombia and a delegate on the Executive Council of the Episcopal Church. She holds a master’s in political science from the Universidad de Los Andes and specializations in criminal law and criminological sciences (Universidad Nacional) and international human rights (Pontificia Universidad Javeriana).