Picture the following scene, which Heidi Campbell and I describe in our introduction to Playing with Religion in Digital Games (2014). The perpendicular Gothic spires of a thirteenth-century medieval cathedral tower over a strangely empty English countryside. Inside, the richly decorated choir stalls are empty; the sun filters through the stained-glass windows, streaking the dust-filled air and illuminating the gilded nave and the hallowed halls, which are covered with a veneer of centuries of prayer. Suddenly, there is a blood-curdling screech, and the cathedral is filled with the scurry of hundreds of spider-like creatures that fill the shadows. A blast shatters the silence, and multiple flashes of gunfire light the darkness. An archway begins to crumble; tracer bullets fill the air, leaving behind red puffs of blood. For a moment there is near-silence, with only strange growling whispers to be heard. Then, the click of reloading, and the shooting begins again.

Of course, this is not happening in the actual world, but rather in a video game I’m playing, in which a violent shootout is under way between the alien race called the Chimaera and the last vestiges of humankind in the first-person shooter game Resistance: Fall of Man (2006). Set in an alternate history where Europe has been invaded by aliens, a virtual copy of Manchester Cathedral in England is utterly destroyed at the hands of warring soldiers and, of course, me, the gamer.

As Campbell and I detail in Religion in Play’s introduction, soon after the release of the game in the United Kingdom, the Church of England claimed that the digital depiction desecrated the actual physical cathedral. Why would this be? If the cathedral had been depicted in print, or even in a film, such an accusation would be unlikely. What is it about video games, then, that trigger such reactions? One could argue it is violence. Yet, are video games really any more violent than other popular media? In fact, are video games any more violent than religion?

To desecrate means to treat with disrespect, to violate the sanctity of a sacred, hallowed place. Beyond the violence in Resistance: Fall of Man, we can see that the desecration of the cathedral stems from “cosmic pollution.” Cosmos indicates the universe imagined as a well-ordered, holistic, integrated value system. Pollution here refers not so much to disorder, but to an essential ambiguity—an offence against an ethical harmony, of things being out of place. Eliminating cosmic pollution is not a negative movement, but a positive effort to organize reality, a re-ordering of the world that makes it conform to a particular value system. As the British anthropologist Mary Douglas writes in Purity and Danger, “This is one reason why cosmic pollution is more difficult for us to understand than social pollution of which we have some personal experience.”

To understand why video games tend to generate more cosmic pollution than other media practices we need to utilize game studies. The Austrian philosopher Ludwig Wittgenstein can claim the title of godfather of game studies. Wittgenstein is the godfather, because he has a proposition that you can’t refuse. As stated in Philosophische Untersuchungen, that proposition is that games do not hold any one trait in common, and that “video game” refers not to an essential quality, but to a kaleidoscope of media practices which share certain family resemblances (2009 [1953]). A strong family trait is that they simulate cosmoses, lived ordered realities. In a similar fashion, “religion” both as a concept, and as a cluster of practices, has no essential essence, but instead consists of publicly observable discourses of similarities and relationships. Like games, a strong family trait which many religions share is the creation of a cosmos structured by value systems.

Yet, why games and cosmic pollution? Wittgenstein is not the grandfather of game studies. That genealogical position must go to the Dutch scholar Johan Huizinga, particularly his concept of the “magic circle,” from his classic work Homo Ludens: A Study of the Play Element in Culture (1955). Magic circle refers to a socially constructed location, defined both in time and space, where the normal cosmos is suspended and replaced with a simulated game world. “Inside the circle of the game the laws and customs of ordinary life no longer count.” The desecration and cosmic pollution stem from the fact that both play and religion create and order cosmoses. As Huizinga writes: “Here we come across a very positive feature of play: it creates order, is order.” Accordingly, “the turf, the tennis-court, the chessboard and pavement-hopscotch cannot formally be distinguished from the temple or the magic circle.” In other words, video games tend to generate more cosmic pollution because of a blurring between religious worlds and play worlds, which is intensified because both are ordering, reality creating, value systems. That is, if “we accept the essential and original identity of play and ritual we simply recognize the hallowed spot as play-ground.” 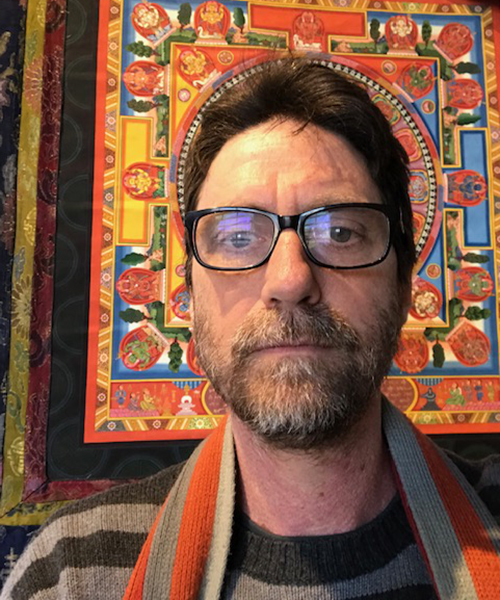 Gregory Price Grieve is head and professor of the Religious Studies Department at the University of North Carolina at Greensboro. His work focuses on digital religion, and he is currently researching Video Games and the Problem of Evil, which argues that video games often operate as potent vernacular theodicies through which players engage with contemporary ethics.

Religion and Video Games around the Globe
Xenia Zeiler