Germline Gene Editing: The Cruellest Cut of All?

Director of the U.S. National Institutes of Health Dr. Francis Collins also speaks for many in the United Kingdom in a recent letter commenting on Chinese scientist He Jiankui’s announcement last November that he had successfully altered the genomes of twin baby girls to make them more resistant to HIV infection—a trait they will pass down the generations in due course.

Collins and Carrie D. Wolinetz, associate director for science policy as NIH, wrote in support of a moratorium on germline editing, "We think that human gene editing for reproductive purposes carries very serious consequences—social, ethical, philosophical and theological. Such great consequences deserve deep reflection. A substantive debate about benefits and risks that provides opportunities for multiple segments of the world’s diverse population to take part has not yet happened. Societies, after those deeper discussions, might decide this is a line that should not be crossed.”

Though He’s actions have resulted in widespread criticism, we in the United Kingdom are not in a strong position to point the finger of condemnation since our own Nuffield Council on Bioethics’ recent report on gene editing concluded that such interventions as He’s “to influence the characteristics of future generations could be ethically acceptable,” providing the welfare of those born is secured and social division does not result. The former though can be easily asserted prospectively by any researcher, and if the council cannot see that social division is intrinsic to germline editing at least to some extent, they must arguably be affected by severe moral myopia. Indeed, the report goes further than suggesting ethical permissibility and infers an ethical obligation to do what He Jiankui has done since Section 5:2 states that “there are moral reasons to continue with the present lines of research and to secure the conditions under which heritable genome editing would be permissible.”

Dickenson and Darnovsky point out in their critique of what they view as effectively Nuffield’s endorsement of germline gene editing that the report gives no concern to the welfare of the mother and minimal concern to that of the child. Nuffield suggests that formal clinical trials are not needed, and reliance should be only on voluntary follow-up of the children in spite of the fact that “such subjects or patients, however one construes them, cannot withdraw from the experiment, as their genomes would have already been altered, probably irreversibly.”

In the biblical tradition, children are seen as “treasure from the Lord” (Psalm 127:5) and not as research subjects on which to run unnecessary and potentially dangerous experiments. There is general agreement that there was no medical need for gene editing to be carried out on He’s subject, as the children’s father and not their mother had HIV infection and their risk of being infected was extremely low. This also means that even in the event of regular follow-up of the children, it is unlikely that benefit to them from the gene editing can ever be proven.

For the first time, the ability to intentionally alter the human genome and for those changes to pass to future generations has arrived. Those of the Abrahamic faiths see human nature as ‘a given’ to a large extent. But even those of no formal religious commitment are concerned about attempts to genetically reshape human nature in accordance with our own desires. Of course it is possible for parents to love unconditionally a genetically edited child, but many people might question along with Michael Sandel whether “parents committed to unconditional love would choose the biological characteristics of their child in the first place.” The welfare of gene-edited children may be more difficult to secure than the Nuffield Council report might imply.

The possibility of gene editing of embryos leading to increased social division was pointed out by evidence submitted to the Nuffield Council from faith-based organizations. For example, Hille Hekker from Loyola University indicated that discrimination against the disabled would increase: “Discrimination is built into the premises of genetic modification that some genes (and some children, and some adults) are just not ‘good enough’…by prioritizing an assumedly atomistic, individual autonomy, medicine ignores its own historical contribution to the scientific and social movement of eugenics, including its underlying racism and discrimination against several groups and minorities.”

He’s hubris in being the first to successfully gene edit human embryos but with doubtful benefit to the children involved should signal a warning to the world. The moratorium on further work in this field, suggested by Francis Collins and others, should be put in place until the girls gene-edited by He have been shown to be unharmed, even if—as it currently seems—they have not been benefited. 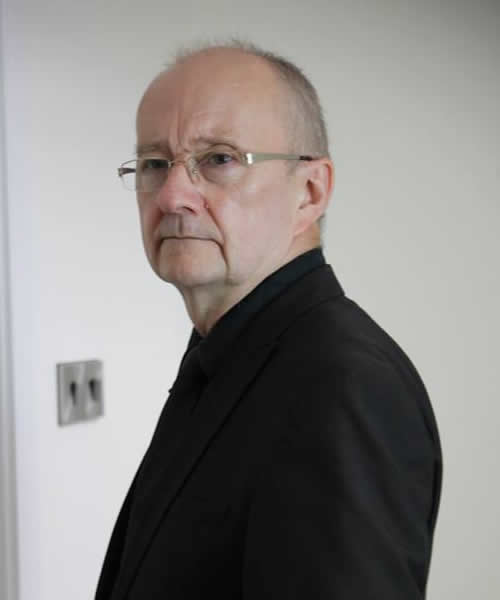 Dr. Trevor Stammers is editor of The New Bioethics and director of the Centre for Bioethics and Emerging Technologies at St. Mary’s University, Twickenham, London.

Just What Is the Editing in "Gene Editing"?
Ayo Wahlberg

When Do We Edit the Human Genome?
Ted Peters