In Search of Common Ground: Building Relationships in the Field of Religion and Planning

In parts of many large cities, particularly those with sizable migrant communities, religious buildings have become prominent features of urban landscapes, transforming the aesthetics of drab inner-city locations while providing vital sources of social and spiritual support to local congregations. However, until recently, there had been little public or academic discussion regarding the intersections between urban planning and religious belonging, despite the effects of planning controls on the development of religious buildings and the controversy that has frequently ensued. This may be partially linked to planning institutions being eclipsed by other areas of mainstream public policy, which are often perceived to have greater claims to political urgency. Nevertheless, this lack of commentary appears striking when the variety and scope of the impacts of planning on religious needs and interests are fully considered. Although this post is written from a largely British and European perspective, many of the issues that emerge through the nexus between urban planning and religion are shared across different national and international settings. In particular, there are three main ways in which planning as a form of spatial control can be seen to affect religious communities.

The first of these lies in planning’s ability to exert influence over where religious facilities such as churches, mosques, and synagogues are located. For instance, on the grounds of attempting to mitigate the effects of “noise” and “disturbance” on neighboring property owners, planning frequently intercepts the efforts of religious groups to establish places of worship close to residential communities. The result has often been that new religious sites, notably those of large and ornate design, become located in incongruous settings such as industrial estates and retail complexes, at some distance from their congregations.

The second form of impact results from the control planning can exert over the architectural designs of new religious buildings, and particularly the designs of purpose-built premises that draw on architectural styles linked to particular religious traditions. The most conspicuous recent example of such control is the 2009 ban in Switzerland on the construction of minarets on mosques following a national referendum.

Thirdly, planning impacts on religious groups through placing restrictions on the practical use of religious buildings, constraining the ways in which religious buildings are able to provide settings for religious functions and rituals. For example, in Britain, there have been planning cases in which restrictions on a religious building’s hours of use have conflicted with Muslim prayer times, particularly early and late prayers during summertime. Similarly, there have also been constraints placed on the sonic rituals associated with religious sites, including on the Muslim call to prayer (adhan) and on Christian bell-ringing. Linking across these primary forms of impact is the broader issue of the political culture within which planning operates and how planning debates surrounding places of worship can both mediate and intensify attitudes to particular social groups. In the case of some groups—notably Muslims in the current political climate—there is a marked tendency for religious identities to become racialized, and in turn, for such racialization to be filtered through the planning process. In this way, planning becomes a discursive domain within which discourses of inclusion and exclusion can have practical consequences.

How planning is situated in relation to prevailing discourses of culture and belonging raises another important set of issues, around planning professional attitudes. Specifically, the question emerges as to whether planners are sufficiently literate about religious and other cultural needs to ensure that the operation of planning does not, whether directly or unwittingly, disadvantage particular groups. Research in the British context has identified a persistent blindness, prevalent among many working in professional planning, to the needs of religious communities. This “blindness” may not reflect a disregard for religious difference per se so much as a lingering commitment to the liberal axiom that procedural equality in the treatment of all citizens regardless of background is the best way to ensure equality in the outcomes of policy and decision-making.

As the points raised above suggest, there is more investigative work to be done on the complex interrelationships between planning controls and the spatial presence and practices of religious communities. However, alongside this there is also a growing practical need to shift perspectives, away from an emphasis on problem-identification through “expert” interventions, towards more active approaches that seek out participatory forms of problem-resolution. One approach, currently ongoing in Britain, involves building relationships between planners and religious communities as a means to co-produce planning policy relating to religious community needs. A key example of this work is the Faith and Place Network (FPN). The FPN began as a publicly funded project in 2014, with a view to bringing together a group of academics, faith groups, local authority planners, central government policy professionals, and the Royal Town Planning Institute (RTPI – the main Chartering body of professional planners in the UK and Ireland). The aim of this network is to generate multi-lateral, co-productive policy discussions, achieved through a series of “faith and place dialogues” which have been taking place in different cities across Britain—initially in England (London and Birmingham) and subsequently in Wales (Cardiff, Newport and Swansea).

Most importantly, the dialogues on which the FPN project is based have gone a considerable way towards generating shared understandings and common ground between planners and religious communities in terms of the principles that should guide their interactions. These are reflected in the Faith Groups and the Planning System Policy Briefing, which was launched at the House of Commons in 2015 with the endorsement of the Archbishop of Canterbury and subsequently delivered to all local planning authorities in England and Wales. While inevitably limited in scope and resources, this dialogic approach to developing policy in the field of religion and planning arguably points the way to overcoming some of the more persistent barriers planning presents to meeting the needs of religious communities. 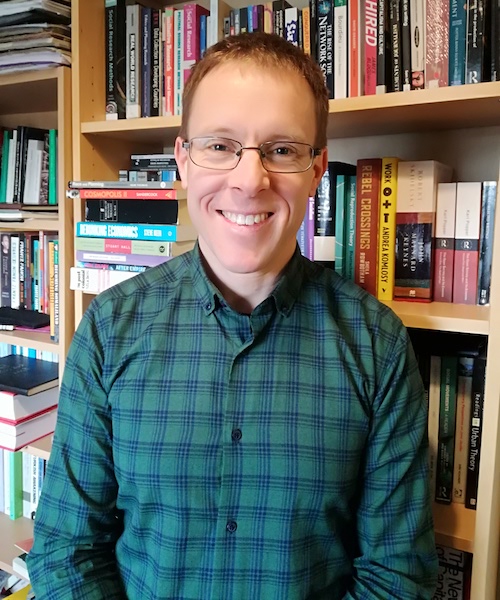 Richard Gale is a lecturer in human geography in the School of Geography and Planning at Cardiff University. Gale has researched extensively on the relationship between ethnic and ethno-religious diversity and local authority planning. In particular, he has a longstanding interest in the relationship between planning and the spatial politics of mosque construction, on which he has published widely over the last two decades.