Planning and the Question of Religious (In)difference

The question of religion has been raised, debated, or deflected in urban planning for more than a century. Over the past two decades, however, the relationship between religion and planning has become more adversarial in practice than deliberative in prospect—a shift triggered by the U.S. Supreme Court’s ruling in Employment Division v. Smith (1990), which exempted neutral laws of general applicability from constitutional scrutiny. The decision drew widespread criticism [1]. It led to a broad-based religious coalition that actively lobbied Congress to overturn Smith with passage of the Religious Freedom Restoration Act (RFRA) in 1993—the act that reinstated the “compelling interest test” for government interventions.

Four years later, in 1997, the Supreme Court heard arguments in a case that involved RFRA, City of Boerne v. Flores, a case that evolved from a local zoning dispute into intense constitutional debates on key aspects of secularism in the United States—namely, the right of free exercise of religion and the balance within the structures of government in interpreting and enforcing that right. The case arose when zoning authorities in Boerne, Texas, denied a building permit for the expansion of the St. Peter Church, arguing that the city’s historic preservation ordinance forbids new constructions in the district where the church was located. Church authorities sued the city for burdening free exercise of religion, thereby violating RFRA.

In deciding Boerne, however, the Supreme Court struck down RFRA, as it applies to the states [2]. In response, several states passed their own version of RFRA. Congress, too, passed a more narrowly tailored statute, the  Religious Land Use and Institutionalized Persons Act (RLUIPA) in 2000, to warrant “strict scrutiny review” in two areas of law that Congress deemed as particularly susceptible to religious discrimination: land use and prison regulations. These statutes have unleashed torrents of cases whereby local planning authorities are challenged for burdening the religious exercise of their constituencies.

Current tensions between religion and planning, in other words, are a part and a product of “the world that Smith made.” Not only do these debates highlight a particular way in which religious sensibilities and devotional practices overlap with planning processes; they also reflect how the basic contours of such overlapping terrains are themselves shaped, and constantly redrawn, by the political-legal praxis of secularism [3].

Such a rethinking, however, is no less a pressing issue than it is an unwieldy undertaking. For, the structure of the modern state requires all social activities, including planning, to seek the consent of the law, and therefore the consent of the nation-state. In liberal-secular thinking, the arbitration of religious differences, including the ones that unfold and need to be addressed in planning practice, is considered the prerogative of the modern state and its sovereign power (state legislation or court decisions, for example)—not of the planning profession itself.

But not all the constraints are imposed from outside of the planning field. The idea of planning itself has been conceived under the normative assumption of “religious indifference”—that is, religion as neither necessarily a burden nor a boon, but simply inconsequential for planning deliberations. In an article published in the journal Planning Theory and Practice in 2018, I problematize this assumption as an adopted disciplinary ethos in planning, arguing that it fails to examine the preconditions and consequences of a secular process of power for the dynamics of planning in action and the organization of social life within planning constituencies [5]. The paper shows that the particular dilemmas of religious coexistence of communities with differing values in planning practice are in part special, spatial, derivatives of a broader set of conundrums generated by the modern nation-state in its leveling of religious differences under the rubric of secularism.

But, how should planners handle spatial modalities of religious differences—as in communal oppositions to building a mosque, a synagogue, or a casino—when their professional code of conduct rests on the assumption of religious indifference? How should have planning authorities, for instance, responded to nine Georgetown University students, who, in 2006, represented themselves as a church, the Apostles of Peace and Unity, to demand exemption from a zoning code that would allow no more than six unrelated individuals to live together in one home, but up to fifteen in a church? Or, how should have planning authorities reacted when in 2016, a (swingers) sex club in Nashville, Tennessee, “turned into a church,” the United Fellowship Center, to avoid a zoning code that would not allow their business in a newly purchased plot?

Within the confines of secularism, after all, planners are not authorized to challenge the “sincerity” of religious claims—that falls within the sole domain of the state power. Nor are planners allowed to regard any church as a sham—that would push them into the “non-planning” domain of defining what constitutes a church, and, of course, subject them to RLUIPA claims [6]. It was, in fact, in the secular conceit of indifferent rationality that Congress found lack of disciplinary neutrality—hence the passage of RLUIPA.

The challenge upon planners is not so much how to avoid religion in the public sphere, but how to account for its ongoing importance for communities with/for whom they work. Addressing this challenge requires further interdisciplinary deliberations that would allow for the possibility of novel reformulations of the relationship of religion and planning. Here, however, I confine my argument to suggesting three practical recommendations that I consider important for such reformulations.

First, in planning, we should think beyond the conventional view that law must be the sole adjudicator for spatial modalities of religious differences, for there are ethical and political questions elided in the immediate resort to the law to settle such disputes. Whether incarnated as a legislator, a judge, or a president, the state power comes in, intervenes, makes winners and losers, and moves on. Left behind are professional planners and the redrawn, even hardened, communal lines of religious differences—ones that, one may suspect, by being actively indifferent to religion and passive to secularism, we might have helped perpetuate in planning practice.

The second is to underline the importance of ethnography to cultivate a more nuanced understanding of religion beyond the familiar “one knows it when one sees it” standard. Planning intersects with religion more on firm ground than in thin air. The kind of religion spectacularly manifest in planning practice is not necessarily the one that is philosophically informed or theologically denominated. Rather, it is a varying set of sensibilities and subjectivities embedded in the minutiae of everyday life, taking place even beneath the radar of religious officials and official religions—or what is called the “lived religion.” One can grasp the subtleties and intricacies of this kind of religion less in philosophy, law, or theology, and more in ethnography.

Third, what counts as religion in planning must be examined and explained in deliberations around specific planning issues, rather than assumed as a given. Religion, in isolation, is never an explanation or an independent variable, except for both religious and secular fundamentalists. To better understand religion in planning, we need to examine actual, lived situations (in courtrooms, planning offices, or public meetings) wherein competing and parallel conceptions of religion (those, for instance, claimed by citizens, authorized by the state, pronounced by religious authorities, or inferred by scholars) confront one another.

In a secular age, increasingly interconnected economically, yet fractured by religious contestations and secular anxieties, managing religious coexistence of urban communities has become an unavoidable part of planning’s practical reality. In doing so, careful examination of secularism as a contingent idea, not as a default position embedded in the field, is an imperative step yet to be taken more seriously in planning debates. 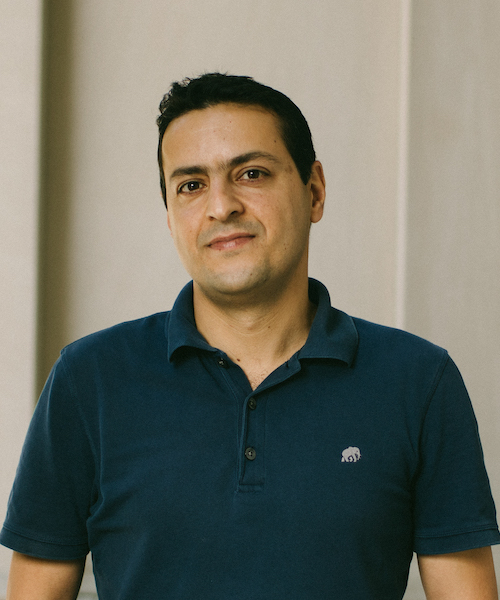 Babak Manouchehrifar is a doctoral candidate in the Department of Urban Studies and Planning at the Massachusetts Institute of Technology (MIT). His research examines the dilemmas of religious coexistence in contemporary cities of difference through the comparative study of religion, secularism, and (development) planning.