In January 2021, there was a mass insurrection at the U.S. Capitol. Among many who participated in the riot to “stop the steal” of the 2020 election, silently sanctioned by former president Donald Trump, the Indian tricolor flag was also floating high. An Indian American who proudly calls himself a Republican patriot waved the Indian flag in solidarity with a massive violation of democratic freedom—an act repudiated by people all over the world. This incident shone a light on the growing anti-blackness and xenophobia among the Indian Christian diaspora. The postcolonial Indian mind is contoured by a centuries-old caste system and political oppression under the British. Here, I explore the roots of anti-blackness at the intersection of religion and race in the Indian American diaspora. Also key to this story is the origin and development of Christian nationalism as an ideology among Indian Americans, which emerged from centuries-long casteism, racism, slavery, and xenophobia.

Key to this story is the origin and development of Christian nationalism as an ideology among Indian Americans, which emerged from centuries-long casteism, racism, slavery, and xenophobia.

The Indian tricolor flag was waved by Vinson Palathingal, a Virginia businessman and politician of Indian origin. He is an IT engineer by profession born in Kerala, India. Vinson deeply holds a homogenous perspective of minority success in the United States. In my interview with him, Vinson attributed his Republican politics to collectivism, filial piety, and the religious values of India. It is a classic example of tokenization and exaction of the model minority myth in the Asian American narrative.

The rally was predominantly catapulted by those opposed to Black Lives Matter, and it was an unprecedented attack on American democracy by white supremacists. The anti-blackness discourse of these activists was flamboyantly marked in their slogans, acts, and demands. The high caste sentiment of Indian American Christians, such as Vinson Palathingal, is tantamount to white supremacist ideology.

Vinson belongs to Syrian Christian community—or St. Thomas Christians, named after Thomas, the apostle of Jesus Christ. According to mythistories, Thomas converted high caste Brahmins in Kerala, India, during his missionary journey. The descendants of the Brahmin families came to be called as St. Thomas Christians. The high caste sentiments of Indian Christians made non-Christians view them as a separate caste and helped them sustain a separate identity. The St. Thomas Christians enjoyed nobility and military powers in the Middle Ages. But the connection between Brahminism and Syrian Christians in Kerala is complex. Sonja Thomas, for example, argues that Syrian Christianity is Aryanized Christianity that engaged an oppressive and dominant caste hierarchy in Kerala. She connects the racial divide of Aryan/Brahminic and Dravidian to the emergence of Kerala’s caste divisions and temple-based occupational structure. These mythistories help to explain and naturalize current caste, class, and racial norms of the Syrian Christian community.

The high caste sentiments of Indian Christians made non-Christians view them as a separate caste and helped them sustain a separate identity.

The naturalization of caste differences is evident in Vinson’s words. Syrian Christians tend to impose importance on their Aryan phenotypical features as a factor deciding caste superiority. Fair skin was required to pass as a Syrian Christian and served as a status marker and proof of their caste and religion. It made an external separation from Dravidians, who mostly had dark skin and wooly hair. Vinson says that Dalitness or servitude is essentially gained through generational subservience. He also unhesitatingly connected the commonality of discrimination among Dalits in India and African Americans in the United States.

His remarks can be viewed in terms of the longer history of anti-blackness among Kerala Christians, which can be traced back to the Indian Ocean slave trade. Syrian Christians, who had high status in the society and enjoyed patronage from local chieftains and upper-caste landlords, were key propagators of slavery. During Dutch and Portuguese colonial rule, over a third of the slave trade was undertaken by Syrian Christians, partly in cooperation with Dutch colonial officers. The practice of slavery among Christian communities was officially identified as giving off oneself or a child as a slave in the name of a saint. Even church buildings and parishes were used in the slave trade.

Today, Indian Americans observe the embeddedness of American imperialism, Christian nationalism, and class struggles in their corporate identity. As Vijay Prashad notes, Indians arrived in the United States for money—a desire for fortune, freedom, and success. For Vinson, immigration to America is juxtaposed with success and freedom he could enjoy in the United States. It becomes somewhat more transparent that his idea of a free nation was a distant dream or fantasy which could never be actualized. But American imperialism does come with the perks of financial advantage and a sense of Aryanness—it is the fantasy of racial solidarity with the white race, which forces some Indian Americans such as Vinson to exclude Black Americans.

Indian Americans also enjoy class mobility, making solidarity with African Americans seen as antagonistic to being successful, since they are often denied the same opportunities. Indians are connived to believe in networks of professionalism and an extraordinary work ethic, similar to that of an indentured laborer. Prashad calls this a girmit consciousness—in reference to a signed agreement that says an indentured laborer will return to their homeland. The significance of girmit identity is a sense of unhappiness in the land of wealth and a perpetual desire to return to the homeland.

The Capitol insurrection was only an external outburst of intrinsic anti-blackness among Indian Christians that has existed for many centuries. The caste system, slavery, and racism have left indelible marks in Indian minds, which cannot be overturned quickly. The practice of uncovering hidden anti-blackness and its origins is crucial at this juncture of Indian American immigration. Since the caste system has infected multiple spheres of communal life for Indian Americans, we need to adopt deep listening, engagement, and action. It also means effective interracial communion and solidarity, not just in the wake of racial attacks but consistently and oriented toward the future. The deep-rooted Aryanness of Kerala Christians reproduced caustic solidarity with white supremacy and subordination to Christian nationalism. We must dissect maleficent Christian ideals that are divisive and corrosive to interracial solidarity. A caste-dissident Christianity and subversive political theology are essential for this process. 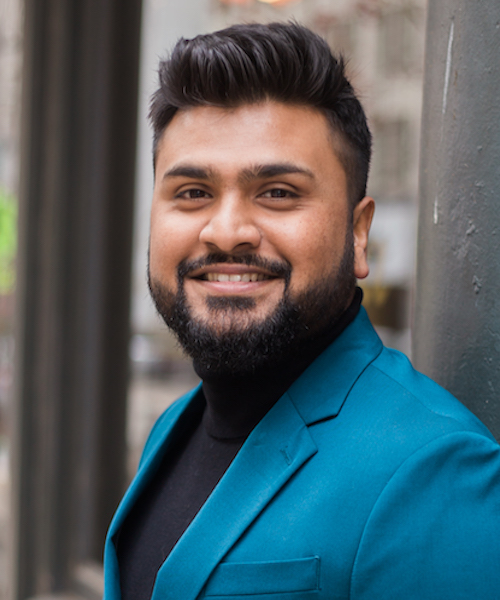 Binu Varghese is a scholar and writer. He holds a master's of theology from Princeton Theological Seminary. His scholarly work has been published in the Journal of Colonialism and Colonial History and the Asian Journal of Women's Studies. He focuses on the intersection of religion, race, and caste in the context of the Indian diaspora.