The disappointment in light of the German national team’s performance still lingers in the air, particularly at the corner bakeries, newsstands, and grocery stores throughout Germany. Every product thinkable had been marketed with an eye towards the World Cup, and Germany’s abundance of both talent and experience had raised hopes for a title repeat this summer. The fallout from Germany’s premature World Cup exit, however, has been rather ugly. Finger-pointing, deflection, and xenophobically-tinted social media posts abound. The persistent attention accorded to Mesut Özil and Ilkay Gündo>ğan’s imprudent photo-op with Reccep Tayip Erdoğan is illustrative of numerous developments in German soccer, fan culture, and politics over the last 30 years. In that time, soccer has become increasingly commercialized and professionalized, teams have moved away from rules commanding a minimum amount of German players on the field, and Germany as a whole—partially as a result of hosting the 2006 World Cup—has sluggishly allowed patriotism to become salonfähig, i.e. reputable or acceptable, again.

It is always worth keeping in mind that sports constitute a social realm of immense normative complexity. There are always at least three levels of norms, rules, and expectations at play in sports. For one, the game itself is governed mostly by explicit rules and penalties. It also contains numerous implicit rules and expectations (in soccer, for example, kicking the ball out of bounds when an opponent’s player is seriously injured). At a second level, sports spectatorship is infused with various normative presumptions, be it expectations of success, fair play, transparency by a club or organization, etc. And lastly, a third level of normativity governs (or doesn’t govern) the undertakings of larger sports organizations (International Olympic Committee, FIFA, et al.).

The focus of this piece concerns the second level of normativity governing sports—that of the spectators. And immediately, we can distinguish between two general kinds of sports fans (particularly with an eye towards the World Cup). On the one hand, we have engaged fans, those who regularly attend league matches, are paying members of their respective organization, members of official fan clubs, maybe even played in the organization’s youth teams. On the other hand, we see those fans that get excited for their national team every two years.

Particularly in the case of Germany, engaged fans are quite distinct from their less committed peers. One of the most cherished norms of engaged fans is a notion of Mitsprache, literally “talking with” their organizations, having a say in the club’s operations. That is, many traditional German soccer clubs consist of members who pay an annual membership fee that entails participation in annual member gatherings, with varying levels of actual ability to affect club governance. Mitsprache has been at the center of attention in many people’s resistance to the increasing success of “Red Bull” Leipzig.

The norms that govern the biennial fans are more elusive. Obviously, success is highly regarded. Beyond that, a vague sense of “representing” the nation seems to be key. Since 2010, a year in which the team had a particularly multicultural make-up, there have been both very positive and quite negative responses to said make-up. Many players traced their family roots to countries outside of Germany, most prominently to Poland, Turkey, and Ghana, among others. Embraced by many as a sign of successful integration of foreigners over the years, the same team has also been on the receiving end of some pathetically racist remarks, most notoriously by AfD party member Alexander Gauland.

Two things are striking about the varying responses to the multicultural makeup of the German soccer team. The first is simply the changed tone regarding patriotism. The second concerns the amplification factor of social media. The former development might be a rather straightforward postwar development, whereby Germans have proven over time that patriotism doesn’t necessarily devolve into militant nationalism; the key word here being “necessarily.” Sadly, as patriotism has become more salonfähig, nationalist rhetoric has also become more prominent in Germany, most vocally emboldened by the nationalist, EU-skeptical AfD party.

On top of the three levels of normativity that feed into sports culture, the additional means of high-speed internet and social media add yet another layer of normative demand on sports. One outcome of this has been the hyper PR-sensitivity of athletes (consider the “characters” like Dennis Rodman, Ron Artest, or Stefan Effenberg). The public scrutiny of mass and social media has turned athletes into cliché-repeating automatons in interviews, operating less as humans with complex emotions and drives than well-trained corporate ambassadors, ruffling as few feathers as possible. On the flip side of this development, the public at large feels ever more empowered to judge any and every action by athletes in such public arenas.

Whether it’s the multitude of European national players with transnational backgrounds, or NFL players taking a knee during the playing of the national anthem, what is so frequently neglected in social media fury is the humanity of the athlete. A single action is taken as symbolic for opposition to one’s own beliefs and normative expectations. It is those norms themselves, though, that beg for more rigorous engagement. As opposed to dehumanizing athletes and others in social media, an informed public can seek out more constructive engagement of public personae. Symbolic acts arise from complex normative systems, and we are in urgent need of articulating said systems more rigorously. To date, social media and corporate journalism have thrived on undermining such discourse. They could easily serve more constructive engagement by encouraging and enticing more thorough articulations of our complex normative make-ups, as opposed to thriving off of knee-jerk likes, angry emojis, or reactionary comment sections. Mesut Özil’s silence to date has caused widespread disappointment, but is understandable in light of the sad state of social media discourse. Even more reputable journalistic sources demand an “explanation,” already implying that he is clearly in the wrong. A journalism and social media sphere more attuned to the complex normative makeup of an athlete would be less accusatory and more curious about an athlete’s whole human complexity. 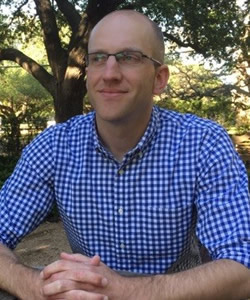 Alex Holznienkemper is a lecturer of German in the University of New Hampshire's Department of Languages, Literatures, and Cultures. An expert in contemporary social theory interested in religion’s role in a presumably secular society, he also studies the theological genealogy of faith in markets and the ethics and aesthetics of organized sports.

A Mirror from the Pitch
Mehmet Osman Gülyesil

Who Do You Cheer for When Your Team Is Out of the World Cup?
Peter Donnelly