“Everything I know about morality and the obligations of men, I owe it to football (soccer).”

Writing turns out to have been a fallback career for Albert Camus, who may have needed an existentialist philosophy to get over the disappointment of not being good enough to earn a living as a soccer goalie. Like so many around the world, his first love was football/soccer.

More than a billion people around the world watched the 2018 World Cup. Lest you think the United States does not fully participate in this global fandom, soccer is the third most popular sport for people in the United States who are under 30. During the final two weeks of the contest, Americans planned their schedules around key World Cup games, pleading an “important meeting” so that they could hole up at home, at a friend’s house, or at a sports bar to concentrate on the game.

America’s love affair with soccer is a new phenomenon. The United States will host the 2026 World Cup, along with Mexico and Canada—an honor long coming. In the late 1980s when the United States was offered the plum position of host for the 1992 World Cup, then-Congressman (and former pro-football player) Jack Kemp took to the floor of the House to excoriate the idea as downright un-American. Apparently, to him, any game that involved simply kicking the ball (as opposed to passing it, running with it, and tackling other people to get it) smacked of “European socialism.”

But in June and early July, Americans, like the rest of the world, watched in wonder as tiny Croatia ascended to the finals, as South Korea and Mexico bested mighty Germany, as Iceland—the smallest country ever to qualify for the World Cup—tied Argentina. It didn’t really matter that the U.S. team did not qualify—well, it would have been nice—because there was just too much great soccer to watch.

The World Cup brought the world into our homes, our handheld devices, and Russia. Heart-warming stories of bands of Peruvians belting out their national anthem in a stadium in an obscure Russian city provided glimpses of how soccer truly could bring the world together, and how it could inspire unvarnished and uncomplicated patriotism. Franklin Foer, sports writer and author of How Soccer Explains the World, found that globalism outscored nationalism in this year’s World Cup, citing as evidence the global appeal of soccer superstars, such as Cristiano Rinaldo’s 122 million Facebook followers—12 times the population of his native Portugal.

The World Cup also pointed out fault lines in today’s globalized world, where politicians such as Marine Le Pen in France and President Trump in the United States rail against the scourge of immigrants. But wait a minute. How does that xenophobia work when the most valuable player of the World Cup, who helped France to victory, is Kylian Mbappe, a first-generation Parisian, whose father is from Cameroon and his mother from Algeria? In fact, half of France’s starting line comes from Paris’s banlieues, home to recent immigrants, mostly from Africa. The dreary neighborhoods, consisting mainly of high-rise apartment blocks, nonetheless benefitted from France’s state-subsidized system of soccer clubs. Sometimes, as in the case of Mbappe, this training benefitted France and French professional teams, but some players who grew up in the French banlieues ended up playing for African teams. A pretty globalized world.

But talent does not always insulate against racism. Belgian star Romelu Lukaku harbors bitter memories of being embraced as a Belgian when he and the team were playing well, but when he was not on a winning streak, his Congolese descent was mentioned. There can be no place in soccer for this kind of racist scapegoating. Soccer authorities should do all they can to lift up anyone subjected to this kind of treatment, and also punish fans identified exhibiting racist behavior.

The example at the top plays an important role, but until recently, FIFA was no shining light. Former Commissioner Sepp Blatter stopped at nothing to cling to his position, including inciting racist resentments against the West and the developed world in order to maintain his personal power. With new leadership of FIFA, there are new opportunities to censure discriminatory behavior.

Globalism and nationalism collided most noticeably on the German team. Two members of Turkish descent İlkay Gündoğan and Mesut Özil gave their jerseys to Turkey’s president Recep Tayyip Erdogan, calling him “my president” in a widely photographed incident. The rightwing AfD newspaper overreacted by calling for them to be dropped from the squad. What does it say about integration in Germany that these two players still feel more allegiance to Turkey than to Germany? On the other hand, could this incident have had anything to do with Germany’s flat, disappointing World Cup performance, marked by its failure really to work together as a team? In many ways, the issues around citizenship, allegiance, and belonging raised by the German-Turkish flare-up symbolize the challenges around immigration today.

If these issues can begin to be resolved on the soccer field—after all, FIFA has more countries in it than the UN—maybe the world will follow. 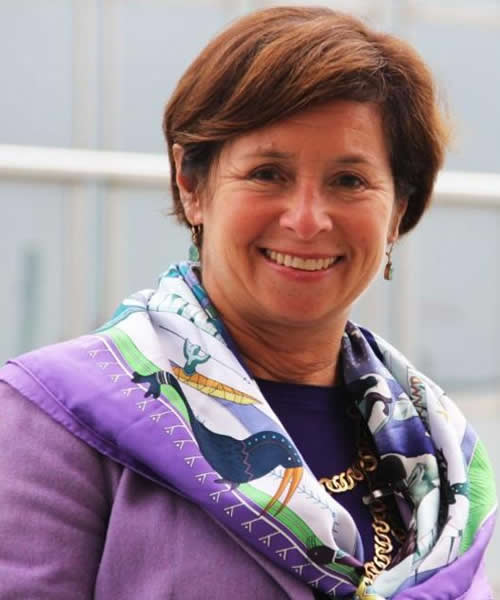 Cynthia P. Schneider is Distinguished Professor in the Practice of Diplomacy in Georgetown's Walsh School of Foreign Service and with Derek Goldman is co-founding director of the Laboratory for Global Performance and Politics at Georgetown. She previously taught a class supported through the Berkley Center's Doyle Seminars project. Schneider is also a nonresident senior fellow at the Brookings Institution and co-director of MOST Resource. Her work focuses on cultural diplomacy, particularly in relations with the Muslim world. She previously was a member of Georgetown's art history faculty from 1984 to 2005 and organized exhibitions at the National Gallery of Art and the Museum of Fine Arts in Boston. From 1998 to 2001, Schneider served as U.S. ambassador to the Netherlands. Schneider received her B.A. and Ph.D. from Harvard University.

A Mirror from the Pitch
Mehmet Osman Gülyesil

Who Do You Cheer for When Your Team Is Out of the World Cup?
Peter Donnelly