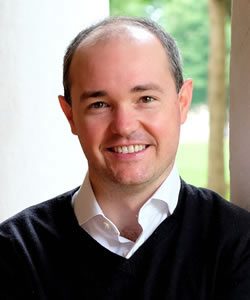 The story of Trump v. Hawaii reads a bit like a tragi-comedy. The executive order preventing most people from Iran, Libya, Somalia, Syria, and Yemen, as well as certain visitors from North Korea and Venezuela from entering the United States, has exposed many people vulnerable to the shifting politics of twenty-first century America. But from its early formation on the campaign trail to its drafting in those early, swaggering, king-of-the-hill days of the Trump administration and onto its progress through the plumbing of the legal system, the travel ban has been riddled with delays and switchbacks, occasionally relieved by a press release. Trump v. Hawaii could be mistaken for a long-lost Samuel Beckett manuscript.

It's tempting to concentrate on the travel ban's theatrics. Indeed, its authors seem to have taken their idea of executive authority from watching House of Cards and their idea of Islam from Homeland. This version of the travel ban, which placed two non-Muslim majority countries alongside five particularly troublesome Muslim-majority countries, attempts to draw attention away from the original, campaign-trail intention of addressing the security threats emanating from Muslim-majority countries. While this particular approach is disconcerting, and almost comically transparent, there is a deadly serious issue at its heart: how does the United States government recognize, categorize, and analyze religion and religious people? Do the government and its duly elected officers even possess the capacity and knowledge to make such judgments?

In this respect, the executive order at the heart of Trump v. Hawaii curiously fits into an emergent tradition of U.S. presidential discourse on Islam. Since at least the Clinton administration, U.S. Presidents have pronounced Islam to be a "religion of peace.” But when did U.S. Presidents become capable of making such theological determinations? Should the U.S. government be weighing in on what is or is not authentically Islamic?

Despite having laudable intentions and goals when speaking about Islam this way, Presidents Clinton, Bush, and Obama broke with an informal US policy. Trump v. Hawaii is testing the limits of the establishment clause, and the Supreme Court has rightly elected to hear it. But it would be valuable for us to stop and consider whether, over the course of the last 25 years, the wall between religion and U.S. foreign policy has already crumbled.

President Trump’s travel ban feels different from the religious pronouncements made by Clinton, Bush, and Obama, if only because it's more than a speech. But how different is it really? Trump assumes the same theological authority but reverses the judgment made by his predecessors. Islam, for Trump and some of his aides, is not a religion of peace, but a religion of violence.

There are, of course, many prudential reasons to caution against making such a judgment (what would our regional allies think about pronouncing the faith that guides their lives and informs their societies to be evil?), and several for declaring Islam to be a religion of peace (even a brief conversation with a Muslim will likely dispel any doubts to the contrary). But might we be setting off in the wrong direction altogether when the U.S. government gets in the business of pronouncing Islam as violent or peaceful?

Trump v. Hawaii is unlikely to make any headway on these questions, and, to the consternation of many, presidential proclamations on religion are likely to become the norm. As scholars of religion, we might be wise to consider how to build the appropriate competencies and knowledge for policymakers to be able to address religion in the 21st century.

We, too, must begin to discard old paradigms. Policymakers, judges, and border agents are ill-served by scholars of religion who fail to recognize the indeterminacy of religion. Religion can simultaneously be a force for good and for evil. Religious communities are both a source of conflict and conflict resolution. The twenty-first century does not need worn-out ideology on religion, but rather new tools and frameworks for addressing religion as both peaceful and violent. Until then, Trump v. Hawaii can only serve to remind us that what presidential theologians-in-chief might begin as comedy can very easily end as tragedy.

Response: Is the Religion-line the Problem of the Twenty-First Century? 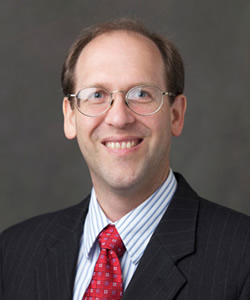