Religion All the Way Down

We will never grasp the role that religion plays in international affairs if we begin with a categorical distinction between “religious” and “secular” actors and institutions. Tom Banchoff’s presumption that the dominant institutional arrangement of the contemporary world is “secular” downplays the religious roots of that arrangement, and his presumption that “religious” forces challenge that arrangement by compelling actors to act in ways contrary to their “secular” interests minimizes the importance of the context within which such interests are meaningful in the first place. Instead, we should be concerned not with religious versus secular forces, but with clashes of values and how they are mediated in practice.

Our guide here should be Max Weber, who long ago pointed out that the supposedly “secular” institutions that guide our day to day activities—including our economic activities, which are sometimes thought to be the height of secularity—are rooted in older, more overtly “religious” values defining the meaning and purpose of human life. That we no longer feel the need to explicitly cite God as the grounding of these values, but can simply appeal to the values themselves as “self-evident,” is a consequence of what Weber calls “rationalization,” a process whereby values become systematized, formalized, and backgrounded; because of rationalization, “interests”—whether material or ideational—can act as the engines of motivated action, while that action unfolds along tracks laid down by the rationalized values themselves. Weber’s key example is the acquisition of wealth: although greed is constant, the social organization of greed is historically variable, and depends on which set of values is rationalized into a set of economic institutions and associated standards of legitimate conduct.

Banchoff’s definition of “religion” as “shared practices and beliefs oriented to the supernatural or transcendent,” and opposing religion to “secular worldviews…such as humanism, nationalism, socialism, liberalism, or consumerism” (p. 1) reduces religion to a set of shared ideational interests, and ignores these broader sociological issues. It also sustains the self-description of a rationalized set of values as “secular,” even though there is a clear trace of the religious origins of even the most God-abhorring set of values in the imperative form of a value claim: there is not much of a gap between “you should” and “thou shalt,” and the former is in a way more honest because it refers the claim to a ground outside the world from which it derives its moral force. At the core of every ethical system lies some constitutive commandment, a non-negotiable commitment against which everything else can be judged. How then can we say that humanism or nationalism are not “religious”? Or that only explicit references to God are?

The implication is that we mistake the issue if we look at contemporary global arrangements as “secular” and thus potentially threatened by “religious” actors and movements. The form of the contemporary international system relies on a notion of territorial sovereignty with roots in Christian understandings of political life; it also, (in)famously, relies on a “standard of civilization” admitting some polities to full membership in the international society club while holding others at bay—and a not insignificant part of that standard of civilization has traditionally been wrapped up with Christianity, or with putatively Christian values. The valorization of the market, both in “embedded liberal” and “Washington consensus” flavors, cannot be understood apart from a socially sustained faith in the operation of supply and demand. And liberal democracy depends on a commitment to the supreme moral value of the autonomous individual. These religions, to be provocative, are indeed challenged by other “religious” commitments in the contemporary era. The question of our time is, can a global arrangement be forged without consensus on the highest moral values? 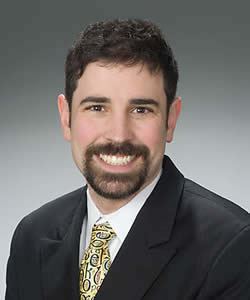 Patrick Thaddeus Jackson is associate dean for curriculum and learning and professor of International Relations in the School of International Service at American University, having previously been associate dean for undergraduate education. Jackson's research interests include culture and agency, international relations theory, scientific methodology, the role of rhetoric in public life, civilizations in world politics, the sociology of academic knowledge, popular culture and international relations, and the formation of subjectivity both in the classroom and in the broader social sphere. He was formerly editor-in-chief of the Journal of International Relations and Development; he is currently series editor of the University of Michigan Press book series Configurations: Critical Studies of World Politics and co-editor of ISQ Online. Jackson previously taught at Columbia University and New York University. He holds a B.A. from James Madison College at Michigan State University and an M.A., M.Phil., and Ph.D. in Political Science from Columbia University.