There is, at first glance, little to object to in Tom Banchoff’s wonderfully concise and lucid presentation and interpretation of the major historical and political facts and larger trends that mark the last two centuries, especially as they relate to the forces of nationalism and globalization, secularism and (although this is not his term) the post-secular. While major religious traditions and incidental new religious movements have made non-negligible contributions to and have left an important imprint upon the emergence and institutions of national sovereign states, the codification of human rights, and perhaps even upon the volatile and often contradictory processes driven by commercial markets and ever new media technologies of communication (although Banchoff does not add this last point), they have, he argues, not affected the default secularity and, at times, secularism that characterizes and drives the actions, judgments, and sensibilities of political, juridical, and cultural elites that keep these modern institutions and value systems still firmly in place.

In the vein of Charles Taylor, who in his monumental A Secular Age argued that religion is, in modernity, precisely no longer the “default” (his term) and that, together with secular humanism, it had entered the epoch of mere “optionality,” Banchoff suggests that—in spite of all the hype and genuine concern or fascination and infatuation with the observed “turn to religion”—the secular is now the default of our modernity (and very likely to remain so for the foreseeable future, barring an apocalyptic event). To the extent that either currently shapes the other, religion is now far more likely to be influenced by the secular than the other way round. It is the secular that for the time being still puts stringent conditions and limits upon private, public, and global religion, no matter how much religion has recently reclaimed some of its earlier, seemingly premodern roles.

Yet one might quibble with Banchoff’s summary definition of “religion” as “shared beliefs and practices oriented to the supernatural or transcendent.” Not that this wording does not capture much of that for what the term stands, but it hardly exhausts the deeper historical archive and wider social apparatus—the general and divine economy, as Church Fathers would have called it, to the agreement of even Michel Foucault—that still or yet again serves as a richer repository than the secular. An essential part of this inexhaustible and, hence, absolute past, which is also the past of an absolute that even or especially now very much surrounds and perturbs us, is the radical contingency and ephemeral nature of all our options and choices, thoughts and actions. If “for God nothing is impossible,” as classical theology with great inner logic consistently claims, then for us, finite human agents, everything is de jure, if not de facto, possible as well. Hence, the very concept of “default,” whether religious or secular, falls through as too naïve an assumption. Even speaking of “optionality” may be saying too much, as if there are or as if we have certain options readily available, or as if we could know and spell out what and where they might be.

Religion has far more often been characterized by a paradoxical sense of unknowing – and not just in its mystical, apophatic or negative theological varieties. It has just as much been evoked in terms of a horror religiosus or divina comedia in which one no longer knows quite what to believe or do. And while the concept of godly omnipotence that has traditionally been the providential foil against which the very idea and project of human freedom must be pitted—no matter how tragically and fatefully it remains doubly predestined (for good and for ill) —has lost much of its age-old attraction, the existential insecurity and freedom that follows in its wake has lost nothing of its religious overtones. Indeed, the latter need and must not consolidate into a “frame,” replacing the “immanent” or “soullike” once and for all with “transcendence” or with “cosmos,” to make themselves nonetheless everywhere felt and increasingly so.

But, if this is the case, then it becomes at least conceptually, if not necessarily historically or empirically, implausible to claim, as Banchoff does, that the multiple “forces that dominate international affairs today—nation states, market economies, and international institutions—interact outside of any religious frame.” Conversely, if religion is henceforth redefined as a relation to an Other that does not close itself off in a totality or identity (as Emmanuel Levinas has taught us), then it is far from certain that the undeniable “impact” of religion even or especially nowadays continues to “unfold within an international system that remains strikingly secular.” Nor does it follow that the former, no matter its original influence or impact, is forced to “operate today within a predominantly secular and surprisingly resilient frame.”

Even when and where there is no explicit or deliberate “reference to religion” in modern, national, or international debates, the “thing itself,” if one can say so in homage to Immanuel Kant, in any of its multifarious appearances roams nonetheless unchecked, uncontrollable, and undecidable.

And if one does not want to grant this much to what is, admittedly, a mere speculative or robustly metaphysical hypothesis, should one not at the very least acknowledge that where modern sovereignty and human rights have a certain “debt to religious ideas and practices,” as Banchoff states, it also follows that modern institutions and norms are somehow (sometimes, somewhere) religious in a “meaningful sense,” even “today”? Is there a debt of this historical and psychological depth that is ever paid off? Surely the American, French, and Russian Revolutions were not wrong in interpreting themselves as events that resembled nothing short of miracles (“almost a miracle,” as George Washington said; “the miracle of love,” as Jules Michelet quipped; a near-miracle, as even Vladimir I. Lenin echoed), constituting a break, to be certain, but not with religion? 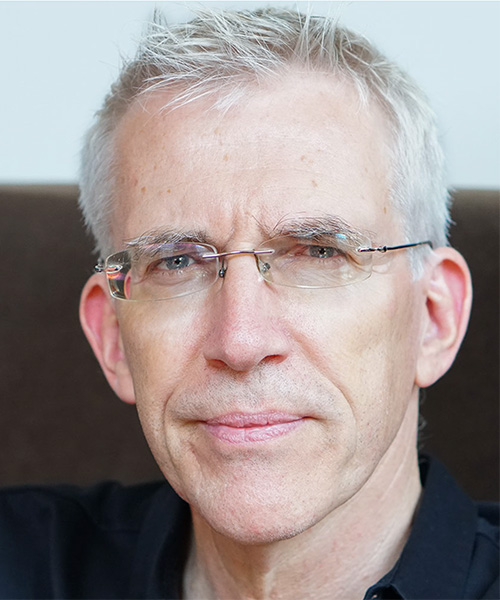 Hent de Vries is Paulette Goddard Professor of the Humanities at New York University and director of the summer School of Criticism and Theory at Cornell University. Before joining NYU, de Vries directed the Humanities Center at Johns Hopkins University, holding the Russ Family Chair in the Humanities with a joint appointment in philosophy. De Vries is author, most recently, of Miracles et métaphysique (2019), the text of his Étienne Gilson lectures at the Institut Catholique de Paris, and of Le miracle au coeur de l'ordinaire (2018).