The Bladensburg Cross Case: Confusion in the Court?

This article will discuss the Supreme Court opinion in American Legion v. American Humanist Association (2019) from a neutral academic standpoint. Three critical issues intertwined in the case will be analyzed: the potential violation of the Establishment Clause; the Lemon v. Kurtzman test; and the novel proposals made by the Court in the American Legion opinion.

The American Legion case concerned a memorial erected in 1925 for the county’s soldiers who fell in World War I. It was decided that the memorial should be a cross, as the plain Latin cross had become a central symbol of the war. The 32-foot tall Latin cross displays the American Legion's emblem at its center and sits on a large pedestal bearing a bronze plaque that lists the names of the 49 county soldiers who died during World War I. This memorial has become known as the Bladensburg Cross. In 2014, the American Humanist Association and others filed suit in the District Court, alleging that the cross's presence on public land and the public maintenance of the memorial violated the First Amendment's Establishment Clause. While the District Court found that the Bladensburg Cross constituted a violation of the Establishment Clause, the Supreme Court did not.

The Establishment Clause forbids Congress to make any law “respecting an establishment of religion.” This prohibition is considered to include the establishment of an official religion, or the passing of any law which favors one religion over another. In the past, the Court opined that there is a very fine line between following and violating this clause, especially when trying to maintain an equality of rights and freedoms among religious and secular persons. For example, in Cutter v. Wilkinson (2005), the Court held that new statutes increasing the religious rights of incarcerated persons did not breach the Establishment Clause. In Cutter, the Court appeared to acknowledge the difference between equitable and equal treatment of inmates' beliefs. This differentiation is especially crucial with regard to incarcerated persons, because, while yard privileges can be distributed equally, religious privileges cannot be universally assigned in an equal manner: an equitable approach is necessary to maintain and balance the rights of inmates of all religious and secular beliefs.

In American Legion, the Court opined that the Establishment Clause had not been violated because the Lemon v. Kurtzman test was satisfied. In Lemon, the Supreme Court articulated a three-pronged test to determine whether a particular practice violates the Establishment Clause. While the test has been criticized by some justices on the Court, it is still often used to determine Establishment Clause issues. The test was set out as follows in the opinion of the Court" “First, the statute must have a secular purpose; second, its principal or primary effect must be one that neither advances nor inhibits religion; finally, the statute must not foster an excessive government entanglement with religion.” However, in American Legion, the Court opined that the narrow and ineffective nature of the test in determining a violation of the Clause counselled “against efforts to evaluate such cases under Lemon and toward application of a presumption of constitutionality for longstanding monuments, symbols, and practices.” The court took time to carefully differentiate between new monuments and “longstanding” monuments and proceeded to focus almost entirely on the historical origin and context of the Bladensburg monument, rather than the message which it represents today.

Nevertheless, should the age of the monument, symbol, or practice in an Establishment Clause case be afforded so much weight? Especially if, as in American Legion, such historical considerations are made to the detriment of modern-day contextual considerations? In Van Orden v. Perry (2005), the Court provided a majority opinion on this point. Despite some disagreement on adjacent points of law, the majority of justices, including Justice Stephen Breyer, opined that historical considerations were paramount in deciding an Establishment Clause case. The American Legion opinion clearly concurred with the previous decision of the court on this issue. However, in both cases, the Court disregarded the evolution of societal values in America between the date when the relevant monuments were constructed and the date of the complaint. Tradition and remembrance are of course important, but they must not override the increased diversity and understanding which has been hard-won in the intervening years. 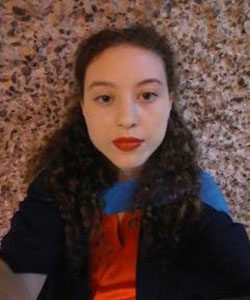 Ilana Hirschberg is a Bar Professional Training Course LL.M. student at the University of Law in London. She has a particular interest in researching historical and present-day cases in which law and religion critically intersect.