Reflections from Europe on the Bladensburg Cross Case

The Bladensburg Peace Cross, a commemorative display for local soldiers who died in World War I, stands in isolation at the intersection of a busy highway. Given spatial constraints, there is no room to add other commemorative displays (religious or secular) in the immediate vicinity of the 32-foot tall Latin cross. This feature of the case makes it difficult to argue for the constitutionality of the Bladensburg Peace Cross under the Lemon test.

The doctrinal difficulty likely explains why in American Legion v. American Humanist Association (2019), six U.S. Supreme Court Justices abandoned—definitively this time, it seems—the Lemon test in favor of a historical-contextual analysis. This doctrinal move has elicited disparate responses, from the supportive to the deeply critical. As a European legal scholar, I hesitate to add another analysis—critical or otherwise—from within the confines of First Amendment doctrine. Instead, I will offer some comparative thoughts on the implications of querying whether a religious symbol also has a secular meaning.

Parallels to the Crucifix Case in Europe

American Legion provides a good occasion to revisit the (in)famous Lautsi judgment of the European Court of Human Rights. Back in 2011, the European Court ruled that Italy could continue to display the crucifix in public school classrooms. In Lautsi, the European Court refused to impose a singular conception of neutrality on the whole of Europe. Instead, it left European states a large area of discretion (a so-called wide margin of appreciation) to determine the implications of the relationship between church and state in their respective historical-constitutional contexts.

It has always seemed beyond doubt that in the United States a ruling like Lautsi would be inconceivable, given the constraints imposed by the Establishment Clause. Yet it strikes me that after American Legion, this foregone conclusion has become more difficult to justify (or rationalize). The reason for this difficulty resides in central parallels, some obvious and others apparent, between the Lautsi case and the Bladensburg Peace Cross case.

In American Legion, the plurality gave four reasons as to why "[t]he passage of time gives rise to a strong presumption of constitutionality" of monuments like the Bladensburg Peace Cross. Interestingly, each of these reasons mirrors arguments adduced in Lautsi.

First, the plurality held that "these cases often concern monuments, symbols, or practices that were first established long ago." Lautsi of course also concerned a religious symbol that had been displayed, in public school classrooms, for a long time. Indeed, the Italian government defended the presence of the crucifix in schools as the result of a centuries-long historical development.

Second and third, the plurality insisted that, "as time goes by, the purposes associated with an established monument, symbol, or practice often multiply" and that "[t]he 'message' conveyed ... may change over time." In Lautsi, the European Court noted that "the crucifix is above all a religious symbol," but it did not exclude the possibility that the crucifix could also carry other meanings. The Italian government certainly considered the crucifix to have a secular meaning as well, arguing that over time it had acquired an "identity-linked meaning" alongside its religious meaning.

Fourth, the plurality concluded that "when time's passage imbues a religiously expressive monument, symbol, or practice with this kind of familiarity and historical significance, removing it may no longer appear neutral." Instead, removing it may reveal constitutionally proscribed hostility towards religion. Analogous concerns arguably motivated the European Court's deference to states in Lautsi. The European Court cautiously left the decision to perpetuate a tradition, in the form of displaying a religious symbol, to the states. The only limit the Court imposed was that the display should not pursue an aim of indoctrination (which it found not to be the case in Lautsi). The equivalent standard under the First Amendment would be the presence of coercion, which hardly seems to be a concern in the mere display of a cross (contrary to, for instance, mandatory participation in school prayer).

Putting Lautsi and American Legion side by side, then, both cases strike me as having more in common than may at first appear. Nevertheless, the "multiple meanings" prong of the plurality's historical-contextual analysis in American Legion probably leaves sufficient room to distinguish a crucifix in a public school classroom from commemorative displays like the Bladensburg Peace Cross. Yet, the ability to distinguish both cases comes at a significant cost, as it essentially requires judges to (re)interpret the meaning of religious symbols, if need be by rejecting secular meanings put forth by the government (as the Italian government had done in Lautsi).

This interpretive responsibility risks putting U.S. judges precisely where they commonly claim not to belong: in the role of interpreting the meaning of religious symbols, doctrine and the like. (Importantly, this requires judges to move beyond identifying the government's purpose for a display, as required under the Lemon test.) Going forward, the interpretive responsibility (potentially) thrust upon judges by the plurality may well be the greatest drawback of the historical-contextual approach adopted in American Legion.

Around the time of the Lautsi ruling, I argued that displaying the crucifix in public school classrooms violates the state's duty of showing equal respect for conscience, as it sends an active message of exclusion to non-Christians. I suggested two possible solutions: remove the crucifix or add other (religious and philosophical) symbols.

When taken outside the public school and transposed to Christian symbols in the public space, both solutions face problems. Adopting the first solution, if consistently applied, risks denuding the public space of all religious meaning. That hardly seems desirable. The second solution is more attractive, but it may be precluded by practical obstacles. As the Bladensburg Peace Cross shows, adding other religious and secular symbols may simply not be feasible, given spatial constraints.

In their dissent in American Legion, Justices Ruth Bader Ginsburg and Sonia Sotomayor offer a third, pragmatic solution that I had not previously considered. Instead of requiring the state to add other (religious) symbols to achieve inclusive neutrality, the constitutional question could be avoided entirely by transferring property (back) to a private owner. To the extent that this avoidance strategy is not pursued, however, the predictable next constitutional difficulty is the display of a standalone Christian symbol erected either now or in the recent past. Something like the Ground Zero cross, but not surrounded by other, secular commemorative displays.

American Legion deliberately leaves those new(er) symbols aside. But what about them? If we consider the Ground Zero cross, but ignore for a moment the presence of secular displays in the 9/11 Memorial Museum, the murky nature of the plurality's insistence on the passage of time as a doctrinal guidance tool in American Legion becomes self-evident. Add to this the interpretive difficulty implicit in the "multiple meanings" prong of the analysis, and the new approach of the Supreme Court seems rather wonky indeed. 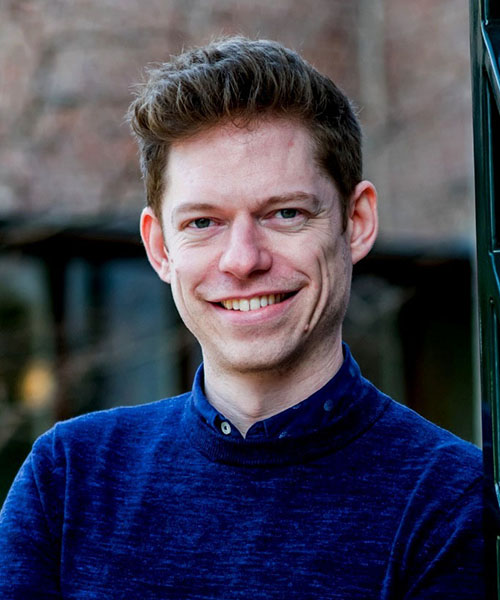 Stijn Smet is assistant professor of constitutional law at Hasselt University, Belgium, and senior research associate to the Laureate Program in Comparative Constitutional Law at Melbourne Law School (Australia). His primary research interests are in comparative constitutional law, with a focus on religious freedom, and in human rights law, particularly conflicts of rights.