The Nature of Christian Love: Sacrifice and Service

Christians living in the modern West receive two stories telling them who they are and how they should live.

The first story is from the prevailing individualistic culture which says, as the ethicist Stanley Hauerwas has put it, "I have no story except the story I chose when I had no story."

The second story is one they enter by virtue of their faith at baptism. That story says that "I am crucified with Christ: nevertheless I live; yet not I, but Christ liveth in me."

In the former story, one's sexuality becomes simply one of the many other building blocks that go into sculpting one's own narrative. In the latter, one's sexuality is one of many things that must be brought into alignment with the life of Christ as disclosed to us in scripture.

The nature of Christian love is something which scripture explains in a way that is both clear and beautiful. It is an emptying of the self for the good of the beloved in a way that yields fruit. Christ himself is, of course, the template. He empties himself in the incarnation, quite literally dies to himself in the crucifixion, and does it so that we can be raised with him in the resurrection.

This same pattern is seen in how the scriptures talk about sex, which is assumed to be the giving of oneself to the other toward the end of fruitfulness. In both the love we see in Christ and the love of marriage we see a similar pattern: Sacrificial love brings forth fruit—children of God in Christ's case and flesh-and-blood human babies in the case of marriage. So marriage itself has a specific purpose that the church must honor and which is realized neither in same-sex sexual relationships, nor in opposite-sex sexual relationships outside of marriage, nor even in the many instances of selfish sex that occur within heterosexual marriages.

That being said, while marriage is the context in which our sexuality exists and is specifically intended for the creation of new life, it is not the only community to which people belong or the only place where we show and receive love. The same ideas must also animate the church community and all other areas of life—the good life is the life in which we humbly sacrifice ourselves for others in order to promote their good and with the hope that in the resurrection the seeds we plant will come to harvest. And so this creates a further calling for churches, which are to be places of welcome to all people, LGBTQ included, and places where all people can be the recipients of Christian love and offer that gift to others.

So, there is a calling to families and leadership in the church to pour themselves out for the community around them, which includes LGBTQ individuals. There is a call to create spaces where these individuals can be welcomed into friendships, homes, and the daily life of the congregation. There is also opportunity in such a call—a chance for us to offer the gifts God has given us for the furtherance of his purposes in the world and in service to others.

The great German reformer Martin Bucer's first book was titled That No One Should Live for Himself But For Others. In it, Bucer explains how all of life is an opportunity to serve God through sacrificial love offered for the good of one's neighbor. And so there is opportunity here for both LGBTQ and straight Christians to enter into the life of the church, to hear the call of the Gospel, receive the sacraments, and then to be sent outward into their places. People are then empowered to serve and love others, to offer them the gift of welcome and friendship, and ultimately to draw them into this same story that tells us that the way down is the way up, that it is in losing ourselves for the other that we actually find ourselves in Christ, and that because of Christ's future resurrection, we too can be drawn into this new life, which is the life of the world to come. 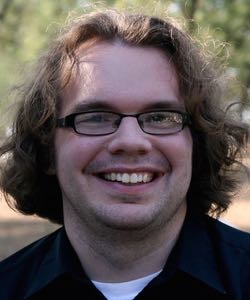 Jake Meador is the editor-in-chief of Mere Orthodoxy and vice president of the Davenant Institute. He also serves on the editorial board of Fare Forward. His first book, which explores the role that Christians can play in the revitalization of American civil society, will be published by InterVarsity Press in 2019.

LGBTQ Rights and the Bible in South Africa
Jeremy Punt

For Answers, Turn to Your Resident Experts: LGBTQ People of Faith
Zack Abu-Akeel