For the past few weeks, South Africa has rocked with paroxysms of anti-migrant violence. The rioting seems to have been set off last month by remarks of the Zulu king, Goodwill Zwelithini. “We must remove the ticks and place them outside in the sun,” he told an audience at a Durban stadium. “We ask foreign nationals to pack up their belongings and be sent back.”


In response, a Nigerian human rights group requested that the International Criminal Court investigate “allegations of hate speech” against the king. The king, the group claimed, had incited “killing, violence and discrimination against Nigerians and other African citizens.” South African President Jacob Zuma has had difficulty talking down his fellow citizens from their xenophobic violence.

The Zulu king provides one example of the persistent power of traditional authorities in Africa, a negative one. A positive example may be found in “the emperor” (Moghu Nabaa) of the Mossi, Burkina Faso’s largest tribe.

Last October the emperor joined with civil society and religious leaders to demand former president Blaise Compaoré give up his plans to alter the constitution to run again after 27 years in office. They prevented a military transition and laid the groundwork for an elected political order. Informed sources say that opposition to Compaoré would never have coalesced save for the moral authority of the Mossi emperor.

These stories give substance to an otherwise strange line in Pope Benedict XVI’s apostolic exhortation Africae munus (“Africa’s commitment”), a sort of plan of action after the 2009 Special Synod for Africa. There, the pope emeritus wrote, rather succinctly, “Traditional chiefs have a very positive contribution to make to good governance.” It is an interesting interpolation, because the political duty of tribal leaders wasn’t included in the list of propositions made to the pope by the synod as a kind of outline for his message.

But, as the Zulu king and Mossi emperor show, traditional leaders still exercise considerable influence on their societies, both for ill and for good. The engagement of traditional tribal leaders is a crucial factor in political development in Africa. The pope was well-advised to include the admonition to the chiefs.

While the synod documents talk about the usual remedies for failed governance—rule of law, elections, transparency, and anti-corruption activities—the passing note in Africae munus to tribal chiefs is a needed reminder that good governance everywhere is a matter of building and maintaining consensus across a society. Smart democratic leaders understand the need to create public consensus to back their decisions and the role of tribal leaders in building it up.

Civic society leaders likewise should understand that their ultimate responsibility is to the common good, and that just as sometimes they must argue for the interests of their own group, at other times they must persuade their followers to sacrifice for the common good. In African societies, like South Africa and Burkina Faso where historic tribal structures have contemporary significance, democratically elected leaders need to work with tribal leaders.

The Mossi emperor’s role in last year’s popular coup shows that the moral authority of traditional leaders can serve the cause of good governance. Contrary to Western presumptions about elections as a political panacea, traditional moral authority can provide societies in transition with stability and states where democracy has been subverted with wise guidance for retrieving it.

Response: Africa, Governance, and the Global Future of Development 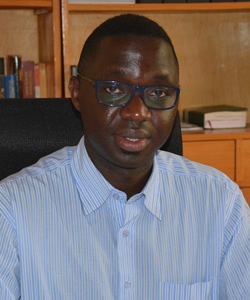