In November 2009 Georgetown University celebrated the remarkable accomplishments of Aicha Ech-Channa, a Muslim Moroccan woman who has earned wide respect for her advocacy of human and civil rights for single mothers and their children and was the 2009 recipient of the Opus Prize, a $1 million dollar faith-based humanitarian award. Having witnessed, as a social worker in Casablanca, sexual violence and the terrible suffering of young, unwed mothers, Ech-Channa founded the Feminine Solidarity Association (Association Solidarité Feminine) in 1985. Beginning in a basement, the association helped Moroccan women gain the necessary skills to care for themselves and their children. Today, this ambitious civil society organization provides psychological counseling, job training, daily child care, workshops, and medical treatment for unmarried mothers. Ech-Channa has worked for more than five decades to advance women's rights, pushing for changes to traditional gender roles within Moroccan society. 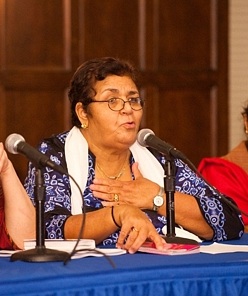 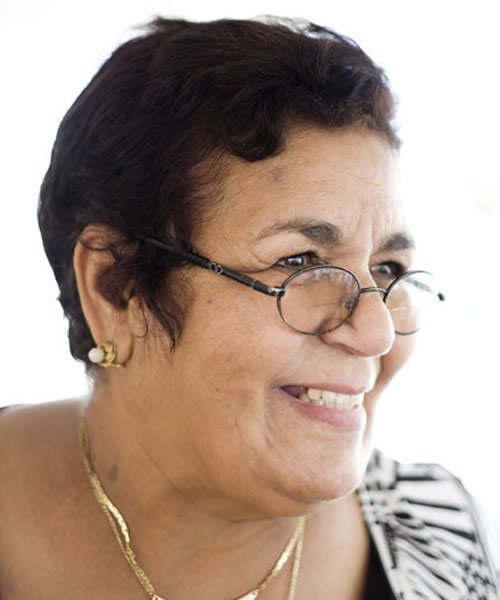 Aicha Ech-Channa is an advocate for women's rights—and particularly those of young unmarried mothers—in Morocco and the founder of the Feminine Solidarity Association (Association Solidarité Feminine), which provides childcare, job and life skills training, and job placement services. Ech-Channa was awarded the prestigious $1 million Opus Prize in 2009.