Religion and Feminism: Is Religion an Obstacle or Opportunity for Women’s Empowerment?

Religion is often seen as institutionalizing and perpetuating patriarchy, thus frustrating many advocates for women’s rights and equality. Often overlooked, early roots of feminism included religious voices, and faith-based organizations have worked with women and girls in various development activities for decades. Too often feminists and religious actors are hesitant to meet to discuss, not to mention collaborate on, development agendas.

An expert panel discussed stereotypes that divide these groups, as well as concrete examples from the field of development. Panelists also explored overlapping interests and creative partnerships, as well as the work of faith-inspired actors who at the same time hold feminist (or otherwise labeled) ideals.

The event was co-sponsored by the Berkley Center for Religion, Peace, and World Affairs and the World Faiths Development Dialogue. It was an NGO CSW Forum Parallel Event at the 60th UN Commission on the Status of Women held in New York City March 14 to 24, 2016. The full schedule of parallel events can be found here.

Crystal Corman was the program manager at WFDD from November 2013 through September 2016. Prior to joining WFDD, Corman consulted at the World Bank on issues related to fragility, violence prevention, and gender. In 2010 she was a Boren Fellow in Malaysia, where she researched Muslim women’s agency within Islam. She also served as a volunteer English teacher in Thailand from 2003 to 2004 through the Evangelical Lutheran Church in America’s young adult in global mission program. Before graduate school, Corman worked in campus ministry for the Lutheran Student Center from 2005 to 2008 at the University of Nebraska–Lincoln. She is interested in working with religious leaders and communities on development issues related to gender equality, women’s agency, and peacebuilding. Corman holds a B.J. in advertising from the University of Nebraska–Lincoln, an M.A. in international peace and conflict resolution from American University, and an M.T.S. from Wesley Theological Seminary. 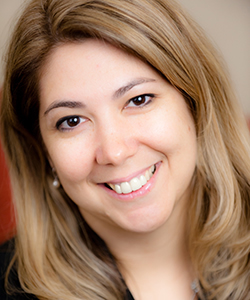 Gina Messina-Dysert is Assistant Professor of Religion and Gender Studies of the School of Graduate and Professional Studies at Ursuline College. She is also co-founder of Feminism and Religion, the global project that explores the “F-word” in religion and the intersection between scholarship, activism, and community. As the author of multiple articles, the book Rape Culture and Spiritual Violence (2014), and co-editor of Faithfully Feminist: Jewish, Christian, and Muslim Feminists on Why We Stay (2015) and Feminism and Religion in the 21st Century (2014), Messina-Dysert has given serious attention to issues faced by women in relation to religion and social justice. She earned her doctorate degree at Claremont Graduate University with a dual focus in women studies in religion and theology, ethics, and culture and completed a M.A. in religious studies at John Carroll University. She also earned a M.B.A. at the University of Findlay and completed her undergraduate degree at Cleveland State University. 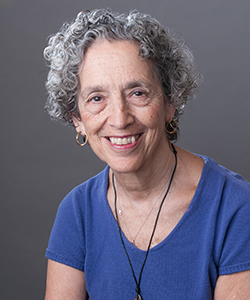 Ruth W. Messinger is the global ambassador of American Jewish World Service (AJWS), the world’s leading Jewish organization working to end poverty and realize human rights in the developing world. She previously served as AJWS president from 1998 to July 2016, coming to the organization following a 20-year career in public service in New York City. 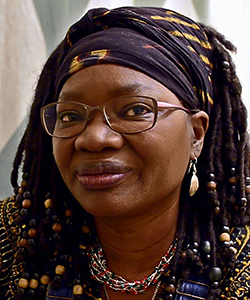 Fulata L. Moyo  is a gender justice activist and academic working for the World Council of Church as Programme Executive for Women in Church and Society. For the 2016-2017 academic year she will be a visiting lecturer on Women's Studies and African Religions at Harvard Divinity School. She has been a guest editor for the International Review of Mission (April 2015) and Ecumenical Review (October 2012), and she co-edited Women Writing Africa: Eastern African Region (2007). She received her doctorate from the School of Religion and Theology, University of KwaZulu-Natal, South Africa, with additional study at Yale University’s Divinity School and Department of Public Health. 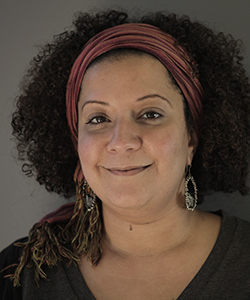 Zahra Vieneuve is a program officer for the Middle East and North Africa (MENA) at the Global Fund for Women, one of the world’s leading foundations for women's human rights. Vieneuve is a feminist activist whose work on issues of gender equality, human rights, and interfaith peace has taken her to Switzerland, Kenya, Egypt, and the United States. Prior to joining the Global Fund, Vieneuve collaborated with civil society organizations across MENA in her capacity as a human rights advocate and educator. She holds two master's degrees: one in political science from the University of Geneva and one in international and comparative education from the American University in Cairo. She was awarded the 25th of January Award for Scholarly Excellence for her thesis on gender and religious diversity in Egyptian history textbooks.

With a goal to open space for dialogue about tensions, misconceptions, and opportunities at the intersection of feminism and religion, the Berkley Center and WFDD sponsored a parallel event at the sixtieth United Nations Commission on the Status of Women in New York City in 2016. This report summarizes the dialogue.
Opens in a new window