Religious Studies Departments Must be Leaders in Overcoming Racism and Hate

How do you get three dozen academics to agree on anything? The tragic events of August 11 and 12 in Charlottesville made it possible: In one short day, faculty members in the University of Virginia’s Department of Religious Studies collaborated with unusual alacrity for a vigorous and full-throated response to repudiate the violence that had riven our grounds and our city. We were focused, we were definite, we were resolved. We found unity of vision in the midst of division—and a rare singular voice. “As a department we advocate for no single religious faith or political point of view,” we wrote in an open letter,

Our faculty comprises scholars who practice different religions or no religion at all. Our professors, all of whom serve the Commonwealth of Virginia, hold a range of political views…. Amid this political and national diversity, we stand united in our unanimous and unequivocal condemnation of those who promote hate, by way of violent speech and action—the white supremacists, the neo-Nazis, the neo-Fascists, the anti-Semites. And we regard this condemnation as the expression of a simple, moral truth rather than a political statement.

We meant this, and we mean it. We had euphoric clarity for a moment, quickened by the presence of such acute hate against our students and our community. In this moment, it was easy to get a diverse group of academics to agree. Our open letter gained traction on social media because of its urgency and certainty. But now comes the harder work of living into it.

The coming days of late summer, in which the students arrive on the UVA grounds and the semester begins, bring challenges of at least two kinds. First, we are living in the aftermath of a trauma. This is, on the one hand, nothing new; hate speech and even violence are an unfortunate part of our lives at UVA, as they are on so many campuses. But when our grounds were overrun by white supremacists and they brutally attacked our students, who were unprotected, the trauma became collective. The lack of a police presence at the white supremacists’ Friday conflagration, and the Unite-the-Right support, in the form of an armed militia the next day, has made us deeply uncertain of how much we can promise to protect our students.

Second, we face the challenge of how to teach into this context, while simultaneously preparing our graduate students for their own teaching commitments, some for the first time. Our open letter was just a collection of words, after all; now we had to discover, what did they mean? The field of religious studies has unique possibilities for constructively imagining a way through this experience, both here at UVA and across the country. After all, religion is a key space where thinking about how to live with difference has been and continues to be worked out.

We are mindful of the delicate balance in how we present religion: Religion remains, centuries after the European enlightenment, a uniquely potent technique for defining groups, binding them together, separating and segregating them. It is one of the basic human tools, along with nation and race, with which we create—and critique—“Us” and “Them.” Religious ideas regarding human origins, ways of being together and apart as people, or the ultimate goals of human life, derive their power from their claims to transcendence. Such claims ground the identity of groups in the imagination of something beyond themselves, beyond the particular time or place of present, routine, action. And people, for reasons we continue to debate, respond deeply to these myths of radical difference. They also respond to myths of radical unity. Either way, the assertion that claims are transcendent offers a persistent challenge to the practice of reasoned and civil debate in an open society.

At its very best, then, the rich life of careful, reasoned argument about interpretations of religion—both within and without religious traditions—offers students and teachers an opportunity to practice such debate. Students have a right to express opinions. And they have a right to respect in the classroom from their peers and their instructors. But this is not a guarantee that we and they will never be offended. As teachers, we are also mindful of some of the unintended consequences of postmodernism, in which all perspectives, in this case bigoted and vile ones, could claim equal validity; this yields a moral relativism that we cannot countenance. As Marcia Chatelain recently observed in the Chronicle of Higher Education, our pedagogies may “embolden white nationalists” when “faculty recklessly use the idea of ‘devil’s advocate’” to assert that every “intellectual idea has an equally rigorous opposite.” We need to be mindful of how we can, even inadvertently, bolster dangerous moral equivalency; interreligious dialogue has, at times, been bedeviled by this very equation.

Students and faculty can and should be held accountable for the opinions they express through clear articulation of their claims, the evidence for those claims, and the warrants for treating evidence from particular perspectives. Sentiments about difference—in race, religion, nation, gender, sexual orientation—are particularly intransigent. Intolerance and a fear of difference undergird the hatred we’ve seen Charlottesville. As teachers, we will turn the tools of our field to understanding how difference is constructed, how reified ideas of difference lead to hate, and how this process can be undone, overcome, and transformed into a common ability to flourish with and within difference. We now redouble our efforts to make religious studies a place for cultivating and exercising these skills—skills which are at the heart of modern higher education, and at the heart of civil society. 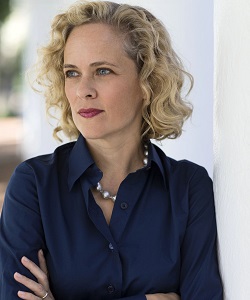 Martien A. Halvorson-Taylor is associate professor and associate chair of the Department of Religious Studies at the University of Virginia (UVA). Together with Kurtis Schaeffer, Halvorson-Taylor directs the Global Religion Lab at UVA. An award-winning teacher, she directs UVA’s Pavilion Seminars Program for the university’s advanced students, who engage in vital questions of ethics, human nature, politics, aesthetics, nature, law, space, and survival. She developed and continues to direct UVA’s joint global humanities summer program with the Hong Kong University of Science & Technology. She holds a Ph.D. in Near Eastern languages and civilizations from Harvard University and is a published scholar of the Hebrew Bible and its interpretation with particular focus on the exilic period. 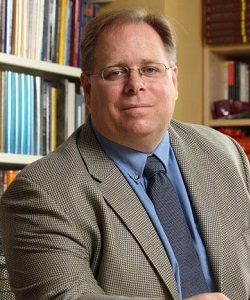 Firsts: A Response to Showing Up
Meg Jenista Kuykendall

On Symbols and Symbolism: The Power of Religion in Protest
Susan Hayward

Wrestling with “Charlottesville” in the Classroom
Karl Shuve

Dealing with the Pain
Kristopher Norris