Faith and Trafficking in Cambodia

Showing the Faith Efforts Against Human Trafficking in Cambodia Video

Religious beliefs and institutions play significant and at times paradoxical roles in contemporary global efforts to combat human trafficking. In Cambodia a remarkable array of faith actors shape the way that policymakers engage on this important human rights topic. There’s much to be learned from the experience.

Cambodia is well known as a hotspot of human trafficking, though the precise dimensions of how many people are trafficked, how far their fates are forced (or voluntary), and what becomes of them over the years are all poorly known. Trafficking for sex and labor is intertwined with a host of other issues, including: rural poverty, economic change, corruption and its effects on international attitudes, development of tourism, migration to cities, the legacy of genocide and war, and cultural attitudes toward class and women.

Practical efforts to combat trafficking in Cambodia have involved religious actors since at least the early 1990s. International advocacy has commonly appealed to religious values, and a mix of religiously affiliated international and national NGOs are among the most active players in Cambodian anti-trafficking efforts. As part of a broad review of how development and faith in Cambodia are linked, the World Faiths Development Dialogue (WFDD) researched faith work on trafficking. The study focused specifically on how mainly evangelical Christian groups have approached, in practical, operational ways, the challenges of human trafficking.

The story that emerges involves a complex blend of activism and public advocacy (media and NGOs) across international borders with a significantly, but by no means exclusively, religious character. It involves primarily Christian actors (mostly evangelical) in a largely Buddhist society. Strikingly, most Buddhist and Catholic groups active in Cambodia have focused less on explicit counter-trafficking work, and more on the broader goal of addressing root causes of poverty through village level interventions, education programs, and efforts to improve the status of women.

The Khmer Rouge genocide (1975-1979) followed by decades of social and political turmoil shattered Cambodia’s institutions and society, including its Buddhist Sangha. As something like normal life returned, compassionate organizations from many countries, especially America, many of them Christian in their roots and inspiration, came to Cambodia to help. Their work is part of the story of a generally remarkable recovery: the country today is a bustling and complex society with a fast growing economy, thriving arts scene, and full of inspiring examples of human courage and resilience.

Post-genocide Cambodian society, however, has dark sides. One that has attracted particular attention, for example from author and journalist Nicholas Kristof and organizations like the International Justice Mission, is the quite visible evidence in Cambodia of trafficking of people, and especially trafficking for sex. Raids on brothels, heroic tales of rescues of frightened girls, and accounts of perverted people from around the world drawn to the Wild West atmosphere of Cambodia have sparked international outrage. Stories from Cambodia played a significant part in persuading the US Congress to pass anti-trafficking legislation in 2000. Groups and individuals flocked to the country, eager to help. Their first instinct was to tackle trafficking by rescuing victims and prosecuting perpetrators.

Many Christian organizations are still pursuing this work, though it is hard to say exactly how many because some work very independently and the definitions of precisely what constitutes trafficking vary. Our findings do however suggest that about 60 explicitly Christian organizations are at work. Likewise the number of trafficked victims is difficult to ascertain. It is fair, though, to assert that trafficking is significant, even though a small proportion of the Cambodian population is directly involved. The matter is complicated by fuzzy boundaries as to what constitutes sex work in a Cambodian cultural context.

In part colored by decades of practical experience in Cambodia, questions about human rights and human dignity there have attracted international focus and sparked debate. Cambodia features in many reports about trafficking and modern slavery and the evils they entail. One question that emerges is the role of international actors working in a context of global norms, seeking to effect change in a specific local context. Looking to the Cambodian experience for insights and lessons, three stand out.

First, coordination challenges involve far more than suboptimal use of resources. Vastly different groups came with different philosophies and working methods that sometimes were complementary but often led their efforts in different directions. The local group Chab Dai has demonstrated what effective coordination and networking can look like (especially in encouraging mutual learning), but also what tensions can arise from linking like-minded groups versus the current ideal of a government-led effort that engages a wider range of actors. The Cambodian case tests our understandings of local ownership. It also raises specifically the question of how faith-linked actors can and should be part of aid coordination processes and where gaps can be harmful or otherwise.

Second, the significantly different approaches to the problem of trafficking by varied groups illustrates the common reality of potentially conflicting development philosophies at work. Some groups focus on the specific phenomenon of trafficking while others see far greater merit in working to resolve root causes such as gender discrimination, poor education, and poverty. Among those addressing trafficking directly, different emphasis on law enforcement approaches versus care and reintegration of victims can suggest very different policies and practical programs. There is genuine merit in the full range of approaches. However, lack of coherent strategies detracts from the overall effectiveness of individual interventions. The operational question emerging is how such strategic difference can be addressed in constructive ways among the various actors.

Third, significant religious issues arise, but generally in indirect and masked ways. These are especially worth a focus in looking to the Cambodian experience for insights.

Many faith-inspired actors (as well as many non-religious actors) share common values at a general level, but their approach to development priorities and work differ quite significantly. Local cultural values and beliefs are seen very differently. Some groups see their role as working within the context of Cambodian values. They tend to emphasize respect for the traditional Buddhist religion and culture. Others see an imperative need for change in those core beliefs and values, sometimes setting this against international or religious norms.

Religious conversion emerges as a significant and often hotly contested issue in addressing trafficking. The proper and practical limits to evangelizing or proselytizing within a development context are very much at stake. In working with victims, the specific questions are how far and in what ways outright discussion of religion is appropriate. For some this is the essence of rescue and rehabilitation. For others it amounts to undue use of influence and power where victims have little choice and recourse.

Finally, different groups view the nature of religious pluralism in the dynamic Cambodian context very differently. In this period of recovery from genocide, questions of accountability, and challenges to governance ideals are all high on the agenda for development work. Some groups see real merit in pluralism and work actively with others, seeking complementarities. Others view pluralism as negative, detracting from core values and purpose.

Continuing exchange in the Berkley Forum can help to explore policy implications but also to draw out what the Cambodian experience suggests for our understandings of contemporary challenges for human rights and human dignity.

Response: Broader Lessons from Cambodia and Faith Based Actors 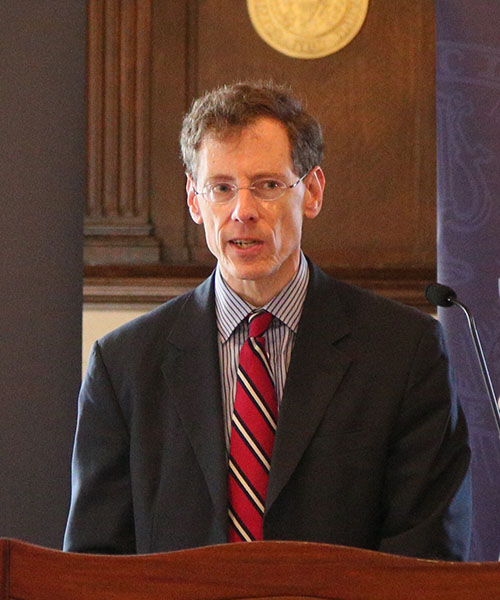 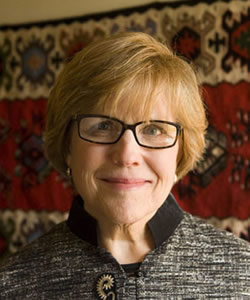 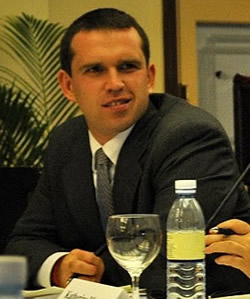