In July 2012, Charlie Craig and David Mullins went to Masterpiece Cakeshop in Lakewood, Colorado, soliciting the owner Jack C. Phillips’ services to design and create a cake for their wedding. Phillips refused, claiming that creating wedding cakes for same-sex couples violated his religious beliefs. He argued that decorating cakes is a form of art: it is a medium which he uses to honor God, and creating cakes for same-sex marriages would displease his God. Craig and Mullins filed charges of discrimination with the Colorado Civil Rights Division, alleging that Masterpiece was discriminating against them based on sexual orientation in a place of public accommodation, which is in violation of the Colorado Anti-Discrimination Act. When the Colorado state courts rejected the bakery’s arguments, the bakery’s lawyers requested a review of the ruling by the Supreme Court, which will hear the case on December 5.

What is at stake in Masterpiece Cakeshop, Ltd. v. Colorado Civil Rights Commission? How could the decision affect the role that religion plays in business and customer service? Should businesses have the liberty to decline services on religious grounds, or should there exist a legal distinction between the religious views of individuals and their business practices? How strong is Phillip’s claim to his cake decorating being an art form and therefore subject to protection under the free speech and free exercise clauses of the First Amendment?

Response: The Court Looked at Too Many Lines in Masterpiece 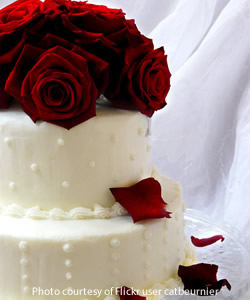