Masterpiece Cakeshop and Protecting Both Sides

This week the Supreme Court hears arguments in the Masterpiece Cakeshop case, in which baker Jack Phillips, sued for sexual orientation discrimination, asserts a First Amendment right to refuse “to design and create a cake to celebrate [plaintiffs’] same-sex wedding” (the lower court’s words).

We filed an amicus brief supporting Phillips on behalf of Jewish, Mormon, and Protestant organizations. The brief argues that recognizing a carefully defined right in circumstances like Phillips’s, while applying nondiscrimination laws in most cases of commercial services, would appropriately protect both sides in the conflict between same-sex marriage and religious liberty rights. In earlier briefs and articles—speaking for ourselves, not for the amici in Masterpiece—we have urged constitutional protection for both rights.

Phillips has emphasized a free speech argument; our brief emphasizes another point. Colorado officials refused to protect Phillips’s religious objection to designing a cake celebrating a same-sex marriage. But around the same time, they protected several bakers who were charged with anti-religious discrimination when they refused to design a cake with a quote from Leviticus condemning homosexuality. This unequal treatment of conscientious objections, discriminating between squarely opposite sides of a deeply divisive moral issue, contravenes the Free Exercise Clause principle that laws be “neutral [toward religion] and generally applicable” and triggers strict scrutiny, under two Supreme Court decisions, Employment Division v. Smith and Church of the Lukumi v. Hialeah.

By recognizing a carefully defined right for Phillips, the Supreme Court can ensure meaningful protection for both same-sex couples and religious dissenters.

Thomas C. Berg is the James L. Oberstar Professor of Law and Public Policy and directs students in the Religious Liberty Appellate Clinic at the University of St. Thomas School of Law in Minnesota. He is a religious freedom scholar whose numerous publications include approximately 60 briefs in the U.S. Supreme Court and lower courts. 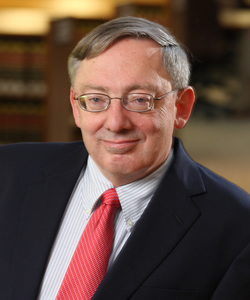 The Court Looked at Too Many Lines in Masterpiece
Leslie C. Griffin