Some may not think so, but it can be argued that Black radicality has originating connection in religious posture. The right to a full, true life for Black persons—what some would deem a rightful life—have always housed religious and spiritual ideas and principles. I would even go so far as to say that Black radical movements in the United States have origins in Black church—not the Black Church, but Black church.

This is where I lose a lot of people—because of the complex and sometimes contradictory nature of Black church existence in the United States. Can Black radicality be thought of as in-line with a Black iteration of church?

To answer this, we need to think of the traditional institution of the Black Church. Remembering the posture of the Black Church as a space of spiritual and ontological freedom brings us a bit closer to the possibility of radicality. The ancestor of the Black Church was slave religious meetings characterized by hush harbor gatherings, preaching attentive to Black enslaved realities, and music representative of Black interior life and unshakable hope for a better future. Its objective was freedom from the jaws of white Christian supremacy. Leaders and members of the Black Church founded denominations, churches, and communities that uplifted a message of Black divine worth and Black prophetic hope.

The Black Church has a particular and sometimes polarizing history when it comes to defining what is—and is not—an acceptable social justice pursuit.

Even with its message of Black value, the evolution of the Black Church, however, illumined different areas of concern, not all of which were embraced by its members. The Black Church has a particular and sometimes polarizing history when it comes to defining what is—and is not—an acceptable social justice pursuit. Consider the juxtaposition of the figurehead of the Civil Rights Movement, Martin Luther King Jr., serving as the posterchild of the Black Church while simultaneously not being fully supported by many Black churches in his time. King garnered little support from the traditional Black Church for a number of ideas he found worth fighting for, including the need for radical, rather than piecemeal, social change. He was at once the favorite child and the prodigal son of the Black Church. These contradicting truths illumine something quite fascinating when thinking about Black causes of freedom and Black Christian religious expression: Movements for change rely heavily on the substance of its pieces to build up something reputable. While communal responses and shifts are key, so are the small units of revolution—including the revolutionaries within such revolutionary communities.

Within the Christian faith, a key expression that the figurehead of the faith, Jesus Christ, is the cornerstone of God’s household, reverberates at an intriguing frequency. Cornerstones are firm, solid, and foundational. They are also few and far between; but movements can be built from them. In this day and age, activist cornerstones that have Black church in their background, in their bones, can inspire revolution of historic proportions. The Black Church, then, influences and inspires who/what I call Black church—a collective who has had historical contact with the Black Church and its ideas and doings and who bring this experience, whether from a posture of embrace or rejection, into the substance of their respective movements. One such movement is the Movement for Black Lives.

BLM and other movements rightly and radically improve upon the ideas of the Civil Rights Movement to reflect the current realities of Black communities.

The Black Christianity from which King emerged operated in concert with a fight for social equality. It is undeniable that modern civil rights efforts stand in the genealogical line of the Black-Churched King-led Civil Rights Movement, including the efforts by women in the movement. This subtle legacy of Black Church women’s leadership can be seen, in part, in the origins of the Black Lives Matter Movement. Two of the three co-founders, Patrisse Cullors and Ayo Tometi (formerly, Opal Tometi), have past or current experience with the Christian church as people of African descent. Black Lives Matter, however, modernizes and furthers the core idea of Black value framed in the Civil Rights Movement and professed by King. Many would argue that BLM and other movements rightly and radically improve upon the ideas of the Civil Rights Movement to reflect the current realities of Black communities, including centering the concerns of intra-marginal persons such as members of the LGBTQ community. All Black persons matter.

This initial influential connection, I argue, is Black church. Even if they do not claim a current tie to the Black Church traditionally understood, these co-leaders have been influenced by ideas and principles of the Black Church through personal ties, as well as through genealogical-ideational ties to the Civil Rights Movement. What I mean by “Black church,” then, is a conceptual road less traveled but worth consideration. Persons raised within or influenced by the institution of the traditional Black Church are Black church—even if they no longer claim or outright denounce the Black Church. Black church is not aligned with the spiritual-institutional practice alone, but it is an aura of freedom and liberation grounded in an understanding of one’s self in the divine (the Creator God), ultimately turned toward a total, holistic lived liberation that invites human flourishing. Black church evolves (from the Black Church) to ensure this fact is true: Black people are not things or people to oppress, but the epitome of God’s divine, creative intention.

Black church pursues liberation and thinks beyond white supremacist Christianity as its only foe. Its aim is to join the idea of Black worth and the right to thrive with dismantling white supremacist systems at large.

This, however, does not mean that the traditional institutional Black Church understands itself as such. Many within the traditional institution stop short of liberation as the end goal assuming that freedom to be (Black) church unburdened from the white supremacist version of Christianity is the epitome of an emancipated existence. If the origins of the Black Church were slave religious gatherings out of sight of the master and the intention was a longing for freedom—in worship, in body, in forms of belief and expression—then stopping at freedom alone does not allow the Black Church to live into its full form. The pursuit of freedom alone can be delimiting. The Black Church is found in the songs, chants, mannerisms, and even ideologies toward a divinely recognized and full existence. Black church recognizes this and takes up the mantle. Black church pursues liberation and thinks beyond white supremacist Christianity as its only foe. Its aim is to join the idea of Black worth and the right to thrive with dismantling white supremacist systems at large.

Black church believes with their actions that Black people should be free in totality. Black church centers all living complexities and intersections such as gender identity, sexuality, disability, colorism, classism, misogyny, and environmental injustice as critical to the vision of the divine affirmation of Blackness. Black church is a pursuit of a full life, not merely a practice of gathering alone. Black church, then, is embedded within the lineage of a Black radicality in contact with the desire for a fuller life liberated from suffering and oppression. Freedom evolves into the work and pursuit of liberation, for liberation is not only radical, but holy. 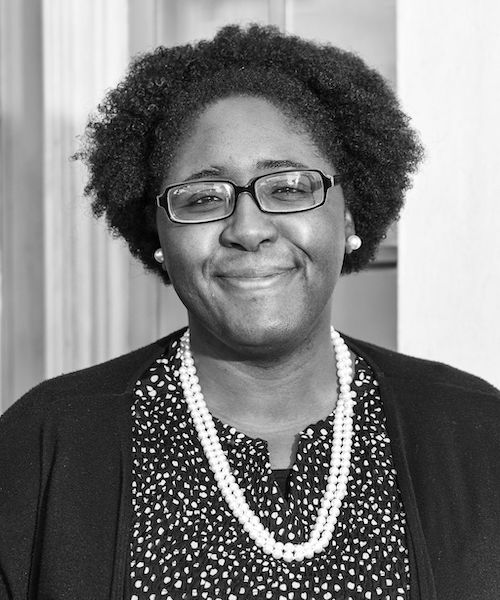