The Black Church and the Black Radical Tradition

In 1962, James Baldwin wrote that “whoever wishes to become a truly moral human being must first divorce himself from all the prohibitions, crimes, and hypocrisies of the Christian Church.” He further wrote that “if the concept of God had any validity or any use, it can only be to make us larger, freer, and more loving. If God cannot do this, then it is time we got rid of Him.” Amid the degradations of slavery, the terrorism of the Reconstruction Era, and the anti-Black violence of today, Black folks never got rid of God. In fact, history shows us that many Black people have tenaciously held on to him. However, this tenacity of Black faith in God was done within the context of what Baldwin calls the “hypocrisies of the Christian Church.” He further reminds us that there lies a kind of “schizophrenia in the mind of Christendom” that has shaped the nature of politics and morality in America and around the world.

We certainly see this in the theological justifications of American colonialism, where—as Baldwin argues—the “belief [in] conquest, with the resulting relative well-being of the Western populations, was proof of the favor of God.” And we have heard the ideologies of this schizophrenia in American declarations of Manifest Destiny and the Lost Cause proclamations of the South. The words of Indian commissioner William Medill in 1848 are a case in point. Writing in support of Andrew Jackson’s Indian removal policies, Medill noted that it was “desirable to every Christian…to colonize our Indian tribes…confining each within a small district of the country…for civilizing and Christianizing him.” Medill, like so many other white Christian Americans in the antebellum era, believed that “Providence [was] with [them] and [that] no earthly power” could stop their aims for westward expansion. Subjugation, domination, and oppression of non-White peoples constituted the collateral damage attached to their Christian-informed exploits. In 1962, James Baldwin would still see clear connections between the Gospel and what he termed the “absolutely indispensable justification for the planting of the flag.”

As one of the earliest and most enduring institutions of Black life and culture, the Black Church has been the forerunner and exemplar of the Black radical tradition.

For Baldwin, the Christian Church was the arbitrator, protector, and sanctifier of a white supremacy that was consumed on building a city “not [made] in the heavens [but built] by captive hands.” And it was out of this historical context that the Black Church emerged, struggled, and then flourished as a sacred space countered to white supremacy. As one of the earliest and most enduring institutions of Black life and culture, the Black Church has been the forerunner and exemplar of the Black radical tradition. With its collective consciousness of the sacred energizing its divine mandates for liberation based on biblical texts like Exodus 9:1 and John 3:16, the Black Church stood in resistance to state violence and confronted the “normal working of white power” by modeling the non-violent actions of Jesus Christ.

Resistance to racial oppression was carried out through sacred rituals of prayer and praise that transcended the walls of the Black Church and entered the American streets in the form of freedom songs, marches, sit-ins, and prayer vigils. The radicalness of such actions completely challenged the authority of the white-dominated Christian Church by defining the intentionality of Jesus toward people of color. As a result, the Black Church has always created a counterculture within American Christianity that re-imagines the racial expressions of the Gospel message and positions Black people’s experiences of the divine as the central purveyor of the Gospel. In short, the Black Church has demonstrated how those suffering under state-sponsored oppression—sacralized beneath the guise of religion—can subvert the weapons of their oppressors into tools of empowerment. In the case of Christianity in America, Black folks used the Black Church to return Christianity back to its true orientation—love in Jesus Christ and love for one’s neighbor.

The Black Church has demonstrated how those suffering under state-sponsored oppression—sacralized beneath the guise of religion—can subvert the weapons of their oppressors into tools of empowerment.

In this respect, the Black Church has always stood at the intersection of the spiritual and the political in the struggle for Black equality. The challenges it faces today result from its reluctance to face its own complacency and silence in the face of systemic racism, gender discrimination, and anti-Black violence. The collective voice of the Black Church is still silent about sexual discrimination and gender-based violence. It has spoken quietly but not pervasively about the numerous police killings of Black and Brown people over recent years. The activism of ministers like Rev. Al Sharpton and Rev. Jesse Jackson now seems to be the exception rather than the rule when it comes to the public witness of the Black Church. Black ministers no longer stand at the forefront of sociopolitical battles for Black life and equality. And many Black churches appear to have succumbed to the “other-worldly” dialectic of the Black Church, which divorces its Christian praxis from any political engagement and silences its prophetic voice.

Complacency and silence are some of the biggest challenges the Black Church faces today. It took the Black Lives Matter movement to pull some preachers out of their pulpits and into the streets as we witnessed the deaths of Ahmaud Arbery, Breonna Taylor, and George Floyd. Where is the Black Church’s prophetic voice today in the face of anti-Black terrorism and violence? We heard its strength through the degradations of slavery. We understood its capacity through the horrors of the Jim Crow era. And we were riveted by the veracity of its boisterous prophetic proclamations during the Civil Rights Movement.

It took the Black Lives Matter movement to pull some preachers out of their pulpits and into the streets as we witnessed the deaths of Ahmaud Arbery, Breonna Taylor, and George Floyd.

Complacency is not a new challenge for the Black Church. During the 1950s and 60s, not every Black church opened its doors to Martin Luther King, Jr. and other leaders in the Civil Rights Movement. Yet there was a remnant within the Black Church that stayed off the buses; marched hundreds of miles; prayed in front of courthouses; and tried to worship, eat, and educate themselves in segregated spaces. I believe that remnant still exists today, and I believe James Baldwin caught a glimpse of this remnant not just in the Black Church but in the larger, white-dominated Christian Church, as referenced in his 1962 ruminations. I end my own thoughts with his timely words:

If we—and now I mean the relatively conscious whites and the relatively conscious blacks, who must, like lovers, insist on, or create, the consciousness of the others—do not falter in our duty now, we may be able, handful that we are, to end the racial nightmare, and achieve our country, and change the history of the world. If we do not now dare everything, the fulfillment of that prophecy, re-created from the Bible in song by a slave, is upon us: God gave Noah the rainbow sign, No more water, the fire next time! 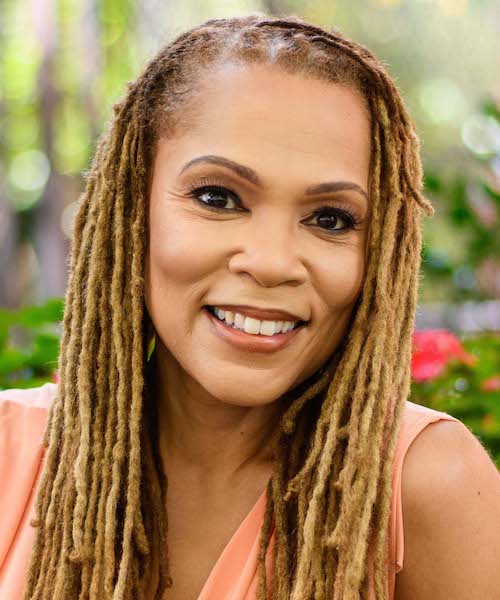 Julia Robinson Moore is associate professor in the Department of Religious Studies at UNC Charlotte. She teaches courses in African American religion, religions of the African diaspora, and racial violence in America. Moore is author of Race, Religion, and the Pulpit: Reverend Robert L. Bradby and the Making of Urban Detroit (2015).