Black Liberation Theology and the Movement for Black Lives: A Match Made in Heaven

While not as well-known as he ought to be, Cleage was a Christian minister who helped lead the call for a radical vision of Black nationalism beginning in the 1960s. He highlights the foundational relationship between Black faith and Black radical politics when he says, “There is nothing more sacred to God than the liberation of Black People.”

Coupled with that foundational phrase is another like it. Cleage also has repeatedly said, “In order for people to engage in a revolutionary struggle, they must first develop a revolutionary theology.”

What has been clear in the past several decades is that the Black Church has not developed or maintained a revolutionary theology—in fact, quite the contrary.

What has been clear in the past several decades is that the Black Church has not developed or maintained a revolutionary theology—in fact, quite the contrary.

Further, most Black Christians are reluctant to identify themselves as grounded in a faith that considers the liberation of Black people as sacred (or even necessary). Yet, with a steady beat, the resurgence of a regressive white Christian nationalism calls forth the Black radical and prophetic traditions to provide the clearest perspectives on how to interpret the question Marvin Gaye raised: What’s going on?

Black liberation theology—which Cleage helped to found, even coining the term—is at its core a practical theology with explicitly political and religious aims. Part of what the Black Church has been missing, part of what has caused the disconnect between past and present movements has been the apolitical devolution of Black faith in ways that disconnect it from radical political praxis.

At the end of the day, any religious projection—any theology—that does not adequately take into account our social and political realities is irrelevant and irreverent. All theology is political because it is concerned with power. Black churches seeking to diminish the political realities of the tradition clearly don’t know the history of the cross, the imperialism of Rome, or the African origins of Christianity.

To that end, when movements like Black Lives Matter and other Black Power-adjacent efforts emerge, the Black Church (with few notable exceptions) has been perceived as irrelevant or impotent.

Part of what has caused disconnect between past and present movements has been the apolitical devolution of Black faith in ways that disconnect it from radical political praxis.

The reality is most that BLM advocates and affiliates are not familiar with Black liberation theology, if they have even heard of the term at all. What they are familiar with, what they have dismissed and disregarded—and rightfully so—is a white evangelical theology in blackface.

It is only through a reclamation of Black radical and political thought, a reconstitution of the Black Church, that we might sufficiently reinsert a formal or institutional Black faith element into a righteous social movement with spiritual sensibilities. This would be beneficial to both the Movement for Black Lives and for the Black Church as a whole. It would be a complementary encounter.

The Black Church can learn ways of adaptation, a reintroduction to the political foundations that made the Black Church an anchor in the Black Freedom movement. And BLM can learn how to stabilize and sustain itself through its grounding in an institutional base, as well as a more structured and formalized ritual pattern more substantive than empowerment brunches and self-care practices that border on superficiality.

The intersection of BLM and the best of the Black Church is exactly what revisionist history and whitewashed evangelical Christianity has sought to erase. Both exemplars of Black Freedom take seriously what right-wingers decry as “identity politics.”

The irony of the whole “identity politics” saga is that the entire white nationalist apparatus and infrastructure is built on white identity politics. These are the politics ascribed and codified in the Constitution (thus the need for the Thirteenth, Fourteenth, and Fifteenth Amendments).

The intersection of BLM and the best of the Black Church is exactly what revisionist history and whitewashed evangelical Christianity has sought to erase.

Normalizing and making invisible this structural and systemic inequity, one that always privileges whiteness as a sociological and political benefit, is what causes such resistance toward a politically empowered and informed Black Church. It also resists and rejects any Black social movement, like BLM, that is unapologetically grounded in a theology of Black liberation.

This is exactly why elected officials across the country who subscribe to the politics of white (evangelical) nationalism have proposed and passed laws banning critical race theory. They know as much about the theory as I know about brain surgery. But they are clear that when we assess the content and history of law and politics in the country, the explicit theorizing of racism and its evil tenets renders the religion of white supremacy both unholy and hypocritical to a nation seeking to champion democracy.

The Lord’s Prayer offers a requisite for political ethics and public policy by demanding “[God’s] will be done on earth as it is in heaven.” Do we believe there is racism, sexism, homophobia, and other social ills based upon people’s sociological identity in heaven? Do we believe any of those “isms” are God’s will? If not, our duty is to work to create a world (and a nation) where these xenophobic ideologies no longer exist.

We can do this by reaching into the depths of the Black prophetic tradition and by standing firmly at the intersection of Black faith and Black radical politics. It’s a match made in heaven. 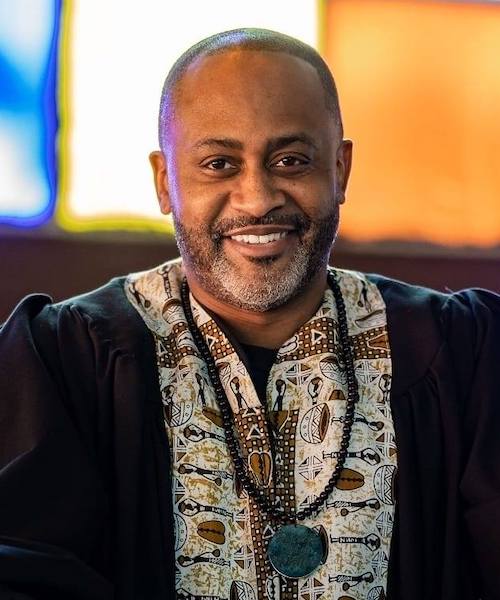 Rev. Earle J. Fisher, Ph.D., is senior pastor of Abyssinian Baptist Church in Memphis, Tennessee. Rev. Fisher holds a Ph.D. in communication from the University of Memphis and is author of The Reverend Albert Cleage Jr. and the Black Prophetic Tradition (2021).